I first came across this report a few weeks ago and thought it was an amazing story and wanted to share it with you. I was twittering happily away one day when the link to this report came in from Ross Goldberg. I clicked on the link and read the report, and thought it was an amazing story and asked Ross if i could reprint it on the blog. He happily agreed and now you can read this story, it's not a goody goody story, in fact quite the opposite however it shows the power of the mind and how you can change your life if you really want to. anyway, on with this amazing story. 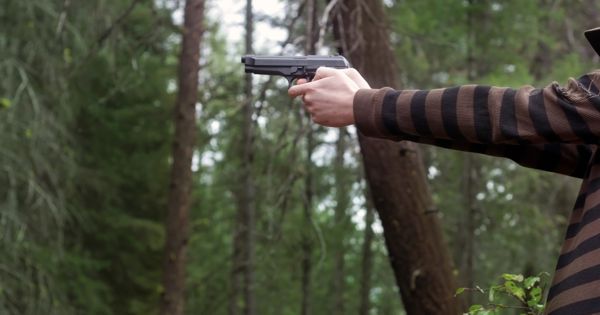 There are two specific parts to this report.

The first is my story of independence. The reason that it's included here is that I want you to understand as much about me as you can and I know that insight into what I've done and been through will make a difference for you.

The second is how you can claim your independence by understanding business and the way it is changing right now!

I was what was considered a "wannabe" for about 2 years. When I turned 15, a big gangster from Chicago moved to my little city in Wisconsin. I was amazed with this guy. He came from out of nowhere and took over the High School. Most of my friends "joined up" with him. I watched these guys annihilate anything in their way and take whatever they wanted. I needed to be a part of what they were doing.

I had to get involved. I was hypnotized by their power. Me in my "thug" days It took awhile to convince them that I was "worthy", but became one of the younger Latin Kings.

There were 20 of us ranging in age from 15 to 22. They were huge and imposing. I was 5' 2" and 140 lbs. We did awful things. From gunshots to cocaine, we injected our virus into our small town. At 15 years old I got hooked on cocaine. However, there were things I was unaware of. The guys had been stealing shotguns from local farmers and got caught. They were also dealing cocaine to most of the city. This led to them going to jail and leaving the 3 of us that were left on our own.

Shortly after they went to jail, I got into a fist fight with a guy 3 times my size (I won). The Juvenile Officer found a hidden tattoo on my hand and told my parents (I'm jewish and not supposed to be tattooed). Better yet, the leader had promised my parents I wouldn't be forced to get any tattoos (I was). This led to me being removed from the gang. My Dad took a call from the leader (while he was in jail) and informed him that I was done. The leader agreed.

Over the next 2 years, I made new friends and enjoyed being away from the gang life. At 19 I moved to Florida to attempt to improve my life. I needed to become more responsible. I got a call from my Mom that one of the older Latin Kings was going after my triplet brothers and sister. They were 16 and in High School. I freaked. I packed up my stuff and moved back to Wisconsin to handle the situation. I went to some friends I had made during my "gangster hiatus" and asked them for help. Their response was that the only way they'd be able to help is if I joined up with them. I was backed into a corner and had no choice, I flipped and joined the rival to the Latin Kings, The Gangster Disciples.

"Flipping" is when you leave one gang and join the enemy. It is frowned upon amongst all gangs. In 2 years, I had earned enough "rank" to start my own "set". I had 15 people under me ranging in age from 15 to 20. I handled it differently from most. I encouraged them all to get and hold jobs. I attempted to teach them how to be productive members of society. It didn't work so well. Most of them broke rules and I hated the idea of having to beat the crap out of my "brothers". I was lax on enforcement and they took every chance they could to break rules and go against what I asked them to do. Over the next 3 years, many of us became very close and I taught them what I could.

When I was 24 I had my first baby. Breanna was the force that eventually convinced me to call the gangster life off. It was when I got sick a year later that I made it official (see this story here). From a wheelchair, I told all of the boys that it was over. Some argued. One wanted to take over. I wouldn't allow it. Time for everyone to grow up. Some of them turned their lives around, while others are still doing exactly what they did as teenagers. I took my independence from negativity to move into a business where codependency is mandatory.

I spent a year to build a business I was extremely proud of. I built it on my own with no real help. Next, the business imploded. When I began teaching what I had learned in the previous year, I tried to do it all by myself again. It didn't work. Your independence in this business will come when you recognize that you can build it much faster by working with other like minded entrepreneurs.

This means you have to build relationships if you want to succeed quickly. It can be done without it, but you'd be foolish to start with the idea that you're alone and can make a ton of money by keeping it that way.

Once I started working with other people, it made me more money than I thought I could be making in an amount of time that was insanely short. I built relationships into friendships and made even more money. It's one thing to shoot off a JV request email to someone you don't know, but imagine the power in sending an email to your friend and asking for a favor that will help both of you. There is a gigantic difference.

How did I build these relationships?

Seminars. I attended as many good seminars as I could. I met and shook hands with VIPs and speakers and became friends with most of them. It even pushed me to putting on my own seminars. When I met these people, I showed them who I am. Here is what I think they saw in me:

Aside from the tattoos, you have benefits to offer people. You simply have to learn how to show them. The easiest way is to give. Give until it hurts. Help people. If you see someone could use a cup of coffee or a soda, go get it. Don't ask if they want it, just go get it. This is the surefire way to get yourself noticed by the right people. You can also make your impact online. Some of us aren't able to travel around the world to numerous events. The first step is to start using the internet for what it's become:

Join every social network you can find and befriend everyone in your industry. MySpace, Facebook, LinkedIn, Twitter, MyBlogLog, YouTube… It's a never ending list right now, there are more social media sites hopping online every day. Join them. Set aside a few hours per week to simply socialize with others interested in things you sell or aspects of your business. Build real relationships and friendships by being you. share your thoughts and most importantly:

Provide content that will help people. It doesn't matter how, just make sure it relates to you, your business, and your customers. Never fear providing too much content. By teaching things you already know, you will be helping others that don't understand it yet. Be sure to put yourself out there in a way that relates to your customers. I've shared something VERY personal with you today because I want you to know what has made me who I am today. My gang membership turned me into the man I am today and it is what makes me so different from the others out there.

Ross is now a very successful internet marketer and businessman speaking at seminars across the USA. To find out more about him, please visit www.mastersseminar.com