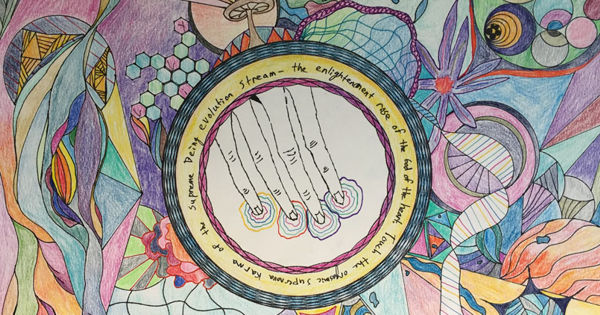 Are you looking for your soul mate? Your twin flame? The idea that there is one person out there for you gets programmed into people's inner space on several different levels. If you want to attract a special person into your life it is important to work all the different images, and energies, that control, and influence, that space, so that you can create from a place of choice, rather than from karma and programming.

Spirits that are programming us

One of the deepest sources of the programming to find "the one" is from spirits who want bodies "“ in other words, beings who want to be your children. Most women have these baby beings in their body-space, at an unconscious level, influencing their perceptions, decisions, and actions.

Do enough meditation and you will eventually encounter them in your own body-space. The closest correlate our culture has is the idea of being "baby crazy," which describes the overall energy, but in a very vague fashion; men can have these beings around them too.

These spirits can control a person's attractiveness to a surprisingly large degree, because they can act as filters, in the seventh layer of the aura, for how people see you. Their only goal is to get a body "“ and that means sex "“ any way they can create it. The more karma they can stir up, and get a person involved in, romantically speaking, the better, from their perspective.

I met one woman who had a being that was programming her to program the men she was dating to want to have children. Another woman I knew had such deep affinity for a particular baby being that she was more interested in loving it, and bringing it into the world, than in anything to do with her potential partners.

Men can also get caught up in this level of programming as well unless they fall into the game of completely invalidating women or unless they actually have the tools to manage their space to achieve seniority over baby beings, and see when seventh chakra cords from women, that try to control them, get created.

Most people cannot see any of this going on "“ so what happens is that people tend to get pulled astray by the winds of life, i.e., the unconscious transmedium energies, and baby beings, quite easily.

One night stands, relationships, marriages, and entire families, are created as an effect of the whims of this class of beings. Imagine that "“ entire lives shaped at the whims of child-minded transmedium energy and whatever offhanded karma underlies it.

Pictures programmed in your space

The second level where the "ultimate relationship" picture gets programmed into one's space is on survival pictures and energies "“ i.e., if you settle down with one person you can then survive "“ most of which originates from past life experiences. It is important to separate from all the past life pictures in your space where you owned this picture (for example, farmer lifetimes come to mind).

The third level is societal expectation "“ the overarching group agreement in the mass consciousness (perpetuated by movies, tv, etc.) that finding "the one" is what you are supposed to do; this includes the vicious idea that women who aren't married by a certain time, and who don't have children, are somehow "less than" or not "real" women, which is total nonsense; you want to destroy most of the social programming out of your space, but do you have the tools to de-program all that control energy or end the underlying karma?

The fourth level of programming is the tremendous societal pressure of the religious, and civic, institution of marriage, and everything it represents in the sub-conscious "“ stability, survival, happiness, societal validation, etc. Gary Zukav wrote an interesting chapter in one of his books that says the archetype of marriage is based purely on sub-conscious survival pictures. And although it is generally lighter in today's world, there also exists quite a lot of religious control energy around the concept of marriage.

The fifth level of programming exists as genetic pictures that both men and women create through when they are not in their body as spirits; this is much harder for most people to see because it requires many hours of meditation to even begin to see this level of unconscious energy in one's space; and knowing how to work the energy safely involves some obscure information you will never discover unless you train at one of the psychic institutes.

Over time, all these pictures get so deeply embedded that they actually turn into a level of body programming that people operate off of unconsciously. Now combine all of that with the fear pictures, and innate body programming, about having a biological clock, in addition to all the female creative energy women run, and the intensity of oxytocin, and you have a perfect cocktail of sub-conscious energies needed to fuel mythologies like the twin-flame and soul-mate, which are essentially just the concept of "the one" dressed up in ostentatious spiritual language.

Does that mean soul-mates and twin-flames are false ideas? No. They are real for some people, as agreements can certainly be created as spirits, but the fact that these ideas have been so romanticized, and elevated, to a kind of super-spiritual-status indicates that the majority of people simply do not have the clairvoyant tools to work through, or end, their karma efficiently yet.

See, for people who are in tune with their own spirit, and who have their own self affinity space well defined, soul-mates are not rare at all "“ they are not the exception in life "“ they are the rule. If your self-affinity space is well maintained you will experience the depth of many fulfilling soul-mate relationships over the course of your life. It is only when you are so stuck in your own agreements/karma, and lifetimes of sub-conscious mental pictures, that you end up having to create relationships below the soul-mate threshold.

Now that doesn't mean there is something wrong with you; it just means you have a lot of unconscious energy to work through and a lot of meditation to do "“ if you want to create that level of relationship.

Soul-mates are just people you have a lot of karma with who you also happen to have a deep affinity for. From a spiritual perspective, all of your intimate relationships should ideally be with people you are soul-mates with. If that is not the case, then that means your affinity space has most likely been destroyed at some level. How much energy work, i.e., meditation, are you willing to do to clear the space needed to create what you want? How many hours, weeks, or months, are you willing to push energy out your feet chakras?

Some soul-mates may not be attracted to you, or you to them, depending upon where you both are in your karmic cycles of development. If you don't know where the two of you are in terms of those karmic expectations, then it can create a lot of headaches, because usually one person will be very attracted while the other is not. So if you understand those karmic cycles, and can see what is going on, then situations become much clearer.

Most people on the planet are creating relationships purely based off of karma, which is actually incredibly fun, but only when you have the tools to work that karma clairvoyantly. Everyone talks about karma, but no one ever tells you the most important thing about it: you can end it through clairvoyant meditation. Not forgiveness "“ not love "“ but pure decision and visualization.

Twin flames are even rarer, because the idea is that your soul has incarnated into two bodies, and that you have an agreement to meet that other body in this lifetime. All of these very specific conditions must manifest. Look in your meditation space to see if it is even something your spirit can create in this lifetime before spending time trying to create it.

The twin flame mythology is an example of "finding the one" on spiritual steroids. Just take a clairvoyant look at the really popular information, and products, being sold to "attract your twin-flame" and you will notice that the top sellers are templates for you to give up all your seniority, over all your chakras, no less, to white and silvery transmedium energies. Insane!

Two very capable clairvoyant women I knew both had a similar story; they were able to see a new soul-mate coming into their lives quite clearly, and they could feel the intense pull of the relationship, and of the attraction for the new men they had met, but these women did not want to repeat the experience, karmically speaking. So they worked the energy, and ended karma, with those potential partners and moved on to create validating relationships of their choice.

In essence, they busted the lie that says agreements made as spirit are sacrosanct; when you have seniority over your space you make your own decisions. Pre-existing spirit-to-spirit relationship agreements represent a form of security to many people, but they can also represent stifling guarantees and a lack of freedom of choice.

At some point you have to prioritize growth and bust the "relationships = survival" pictures in your own space if you want to create validating relationships for yourself. The spirit is interested in growth. Where are you creating your relationship space from? When was the last time you sat down and worked the energy around it?

Josh Schultz is a professional clairvoyant, author, and teacher. He works with clients in the San Francisco Bay Area and online. He teaches practical spiritual tools to change your life. Learn more about his work at: thrivemeditation.com