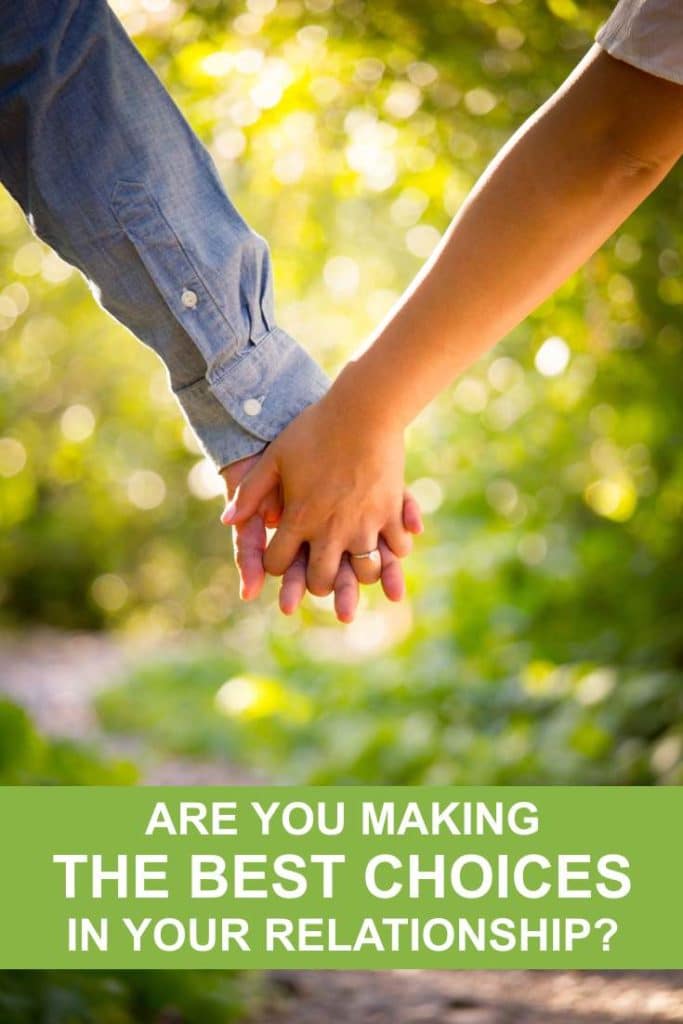 While in a relationship, do you believe that our choices will play a role in whether we'll remain in love? Because I believe the answer is yes, I'd like for you to understand why by the time this post draws to an end.

When we wake up each morning, our decisions and indecisions will determine if we're cultivating or hindering the love, which we share with our significant other.

Personally, I view romantic relationships in terms of building a home. In other words, buying a house is just one step in the process of being a homeowner.

Once we complete the home purchase, we mustn't disregard its daily maintenance. After all, if we continue to overlook the different areas of upkeep, it's only a matter of time before the residence becomes dilapidated. 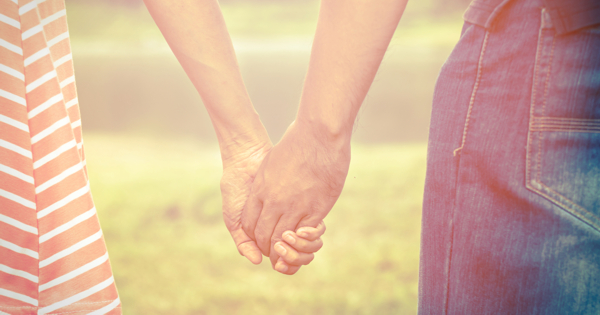 One way to transform a beautiful home into something hideous occurs when the occupants normalize bad habits or become complacent. For instance, there's an unfortunate habit where we may sometimes put things off by saying, "I'll do it later."

To a visitor, the current state of the room is a clear sign of hoarding, but to the homeowner, it's no big deal.

The homeowner has become so used to seeing the house in such disarray, the mind won't be able to imagine the home in any other shape.

In essence, the homeowner won't see the room as untidy because in his or her mind, everything inside the room is positioned in an orderly fashion.

Unfortunately, this mentality is quite common in romantic relationships. How so? Because I believe our actions play a role in the direction of our relationships, there are direct things, which we do to assist with its deterioration or improvement.

For instance, if I refuse to tell my wife that I love her, deny spending time with her, and refuse to take her point of view into consideration, I am directly playing a role in whether or not the love will continue to thrive in our union.

In other instances, the regression or dismantling of our relationship is unintended.

To put it plainly, there are unintentional actions, which we do on a daily basis that will contribute to the continuation or dissolution of our relationships.

For instance, if Bob becomes so caught up with life outside of his relationship, he could potentially end up being a day or several days late acknowledging his wedding anniversary.

Did he deliberately begin the day with this goal, or did his mind wander a bit because of unrelated relationship concerns?  In all likelihood, it's the latter.

Generally speaking, the motive for missing the anniversary is irrelevant because the conclusion remains the same: he didn't remember the anniversary.

In terms of viewing romantic relationships as a home, it doesn't matter if we intend to neglect its daily maintenance. When all's said and done, whether on purpose or not, the home will still appear rundown.

Yes, we can work together to fix it of course. However, regardless how the home or relationship arrived at its dilapidated state, the origin of the journey will not erase that the home is now decrepit.

Furthermore, when we begin a relationship with someone, there's no such thing as setting the experience on autopilot and producing a rewarding or blissful long-term romantic union.

On the contrary, entering the relationship is simply one step in a long process of building a healthy romantic experience over the long haul. Therefore, it will require much effort to keep the relationship moving forward.

In other words, just as Bob will decide to begin a relationship with Grace instead of Pamela, he'll also encounter a series of options, which he can choose from to produce a nourishing or unhealthy relationship.

Speaking of creating a healthy romantic bond, I have a simple motto: being in a relationship may not be easy, but our poor decisions, bad habits, and emotions will make the experience incredibly difficult.

You see, after having a disagreement with a significant other, it's a decision to go to bed angry because of unresolved issues. In addition, it's a choice to maintain this animosity over the next few days, weeks, or even months.

On top of that, it's a decision to deny the importance of resolving this disagreement, yet weeks, months, and even years later, the issue somehow comes up during a completely unrelated moment.

By the way, it's a decision to go days, weeks, and even months without saying, "I love you" to one another. Similarly, it's a choice to refuse our partner's recommendation to communicate openly about the challenges being faced in the relationship.

Yes, it's difficult to confront the reality that the relationship isn't going so well, and it's a tough pill to swallow whenever we admit that we've played a negative role in the deterioration of our relationships.

Although arduous, it's also our responsibility to acknowledge what's taking place because if we do not, the relationship will not magically fix itself.

Additionally, because a relationship cannot maintain itself, we must keep one thing in mind: there's no such thing as setting the experience on autopilot and producing a blissful long-term union.

If we place a box of old magazines in the entertainment room, it won't necessarily seem like an eyesore at the moment. However, when we turn a blind eye to what's taking place before us, one box eventually becomes five. Over time, these five boxes will increase to 50 boxes.

Even then, these 50 boxes may not appear like an eyesore through our perspective. Still, our refusal to see this will not erase the reality of the space being in a chaotic state to everyone around us.

If the cleanliness of a home is important, each person will find a way to do what's necessary to keep the space tidy. For this individual, there are no excuses worth making as to why the home cannot remain clean.

After all, we can choose to have a clean or untidy home. Regardless of the circumstances around the two choices, the two selections will not change. Whether the clutter of one's home occurred through intent or not, it's important to take responsibility for it.

In the same manner, we must be accountable for the state of our romantic relationships regardless if our poor actions are occurring purposefully or without intent.

With that in mind, is there a way to help our relationships move in a forward direction? Because I understand that I must remain an active participant in my marriage for it to flourish, I recommend the process of assessing whether a decision will have a positive or negative impact on the relationship.

For instance, would the decision to have a romantic dinner with a client behind my wife's back hinder or help our marriage? Honestly, I'd say that it's the former.

For a second example, would the decision to remain affectionate help or interrupt the forward movement of our marriage? Without hesitation, it would be beneficial.

Can I force my wife to remain in love with me? No!

If I'm the most affectionate person on the planet, and if I play by the rulebook of being the greatest husband in existence, is this an automatic indicator that our love will thrive? No!

If that's the case, why should anyone bother making the right decisions?

I won't say that your relationship will remain blissful simply by practicing a set of guidelines to be an upstanding partner. However, I can say with certainty that our relationships cannot thrive if we choose to be awful partners instead.

Then again, that's what I believe. What's your take on this subject?

Alton Walker discovered that the most beautiful, but also the most difficult thing about being in love is that it requires our active participation for it to thrive. His goal is to inspire readers to see that the magic of love doesn't only exist in fairy tales; it resides right within all of us. However, we must believe that it's possible, and we must then be willing to work to make it happen. Until we do, it will always appear as a mere fantasy. You can find him on AltonWalkerInspires.com, Instagram and twitter