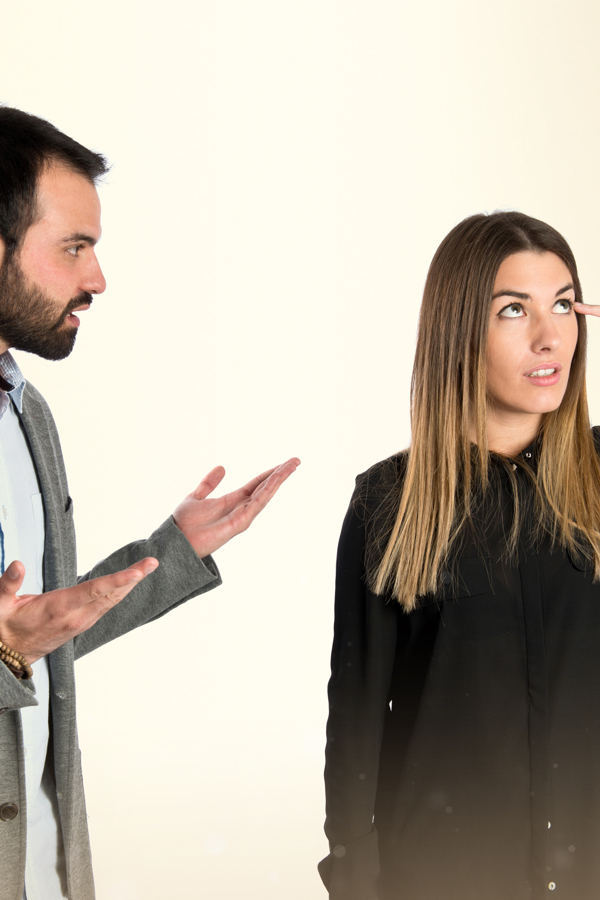 You are stuck in a relationship or situation with a psychopath and there is no way out. That's how it feels anyway. It's a tiresome vicious cycle. You think you're safe and then he/she strikes again. They continually make you feel like you are going crazy. It never ends and you are desperately searching for a way out and just can't find one.

Before we get any further into this article we should know what a psychopath really is. It's not that mass murderer, serial rapist or cannibalistic guy who lived up in the hills in the old farm house. I mean, yes it could be all them but a psychopath is also the guy/girl who lives next door. The seemingly nice neighbour. Your banker, your accountant, your hairstylist even. 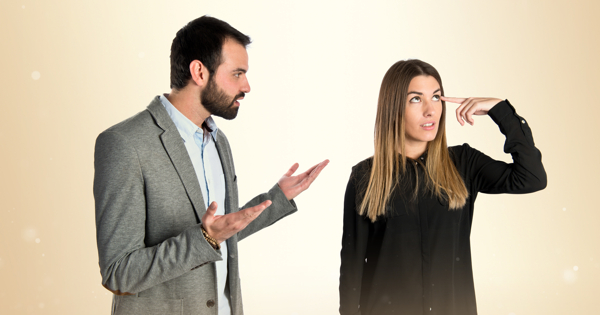 A psychopath is a quiet and unassuming manipulative and controlling person who only thinks of themselves and has no conscious or doesn't care about hurting others. A point to note that is most psychopaths aren't even violent. At least not physically. The mental violence, however, can be just as brutal. Obviously not quite but you know what I mean.

Here are a few things a psychopath might say to you to make you feel like you are crazy, and remember, you're not. They are.

1. Stop overanalyzing everything and just leave it be.

They know you are on to them and their manipulative and lying ways. They see that you might actually have them figured out. Because you are so close to exposing them for their true selves they will stop you in your tracks. They will make you think you are making mountains out of molehills. You will be convinced that there really is nothing wrong and you made it all up and now you are crazy for doing so. Yes, they will convince you of that.

You know damn well that's exactly what they said but they go back and cover up because that's what they are best at. Covering up and making things look normal, and making you look like the crazy one. They will insist you misunderstood and you know you didn't, and then they will argue and walk away only to leave you second guessing yourself. Did you misunderstand them? Chances are, probably not.

You're not. You know you're not. You also know that they are the ones being the drama queens but they have a way of making you feel like on e. Psychopaths, though often stealthy in their ways, can be quite the dramatic bunch when the time is right and the time is right behind closed doors where no one can see them but you. They know you aren't going to tell anyone because they will find out. Somehow someway. Their secret is totally safe with you.

.. And the name calling begins but names like crazy, lunatic, nutcase, etc. They will call you these names, though they are the ones who should be wearing these nametags but they know that when you repeat something to someone over and over again they will eventually believe it. Soon we start to question our own sanity and the psychopath knows this.   Am I really crazy? Am I really a nutcase? Of course you aren't but they will have you convinced over time that you are.

Chances are, it was probably only once but they need to cover their ass for their latest mess up, which they will blame on you. Th is is their favourite line because the fault is clearly put on you. They know they have only told you once, or maybe they haven't even told you ever at all, but they messed up and need to make you pay for it. Somehow someway. They assume no responsibility for any of their wrong doings nor do they feel guilt or remorse for making you feel bad or laying the guilt on you. Nope, not an ounce of guilt. They could not care any less really.

If you are with someone who says any of these things to you, you've been warned. You are living with/dating a psychopath. Walk or run away as fast as you can or if counselling is an option then perhaps look into that. Either way, this is not a good relationship for anyone and someone needs to get help. If you know someone who is in this kind of relationship offer to help them anyway you can. No one should have to live like this.