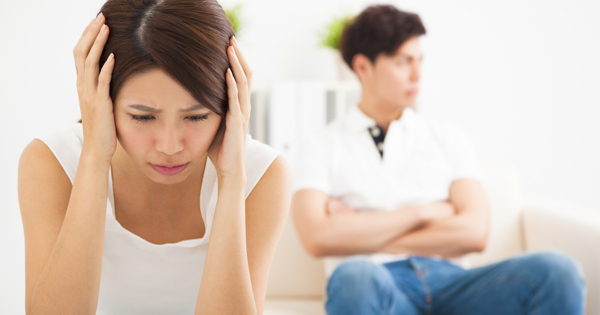 Sadly, too many of us have suffered some form of abuse either in relationships or during our childhood. Surprisingly, some are not even aware that the way they are currently being treated is considered abusive. Abuse comes in many forms but we'll tackle emotional abuse here.

Anyone who has suffered abuse knows that the healing journey can be a very long one, sometimes their whole life. They have moved on, often through therapy, and continue to lead somewhat normal lives. With that said though, any new relationship is often handled with kid gloves. They just love differently. Below are just a few ways they tend to love.

They have a wall. It's a big brick wall. They will love you and tell you they love you but there's a wall that you might not ever break down. Don't try, they'll take it down brick by brick, on their own time.

They are happy to be in love and have someone to love them back but there's a nervous energy about them. That might not ever go away. They almost are nervously awaiting that first outburst where they get attacked. It may ease up in time.

They may sometimes appear closed off, almost emotionally void. They may be but it's just their protective nature. Because they have been abused in the past, they only open up a little bit so as to not expose their whole heart.

They will do this, sometimes knowingly, sometimes not. They need to make sure you are the real deal and you mean what you say. You know of their pain and they need to know you aren't going to continue the pattern.

Some of them may. So desperately longing and wanting love, they will cling on to love that appears to be the love. Insecurities also will make them cling on to you for dear life. They've lost what they thought was love before and you seem too good to be true, so they'll cling.

6. They want to talk about their pain.

Some do, some don't but the ones who do want to talk about their pain so you get it, really get it, understand it and know to not do what they've al ready experienced. It's almost manipulative conversation. They have ulterior motives for sharing their pain with you.

Really they don't. They couldn't care less about most of your idiosyncrasies. They know there are bigger problems and bigger things to worry about. If you throw your keys and all your paper work on the kitchen counter all the time, it's never going to be a big deal.

They like, need and crave alone time. It is important for them to be by themselves sometimes to work things out in their heads. Sometimes they just want to be alone to journal or meditate or learn to love the person they are, without you . Make sure you give them their space.

Before they move in or get to know your family and friends, they want to get to know you very well. They don't like to rush in too much. They know better. The pain can last too long so they know now, nice and slow is the way.

Obviously. They are there and you won't even have to second guess this one. It is clear they don't trust easily. You will need to be very patient. They will watch your every move, scrutinize your actions, always.

If you have met and fallen in love with someone who has been emotionally abused, be prepared to deal with some or all of these things, or maybe even others. An emotionally abused person is a very wounded one (or any form of abuse really). Patience will take you a long long way.