There are a lot of articles out there on how to identify and banish toxic people from your life. But what if I told you that there is no such thing as toxic people? I actually cringe when I hear the phrase "toxic people", and would love for it to be eliminated completely from our discourse.

What makes something toxic anyway? One would probably say that poison is toxic, but even that is relative. You can sit a bottle of poison on the table beside you forever without it affecting you in any way"”only in drinking it does it become "toxic" to you. So it's not the substance itself that is toxic, but rather how we interact with it. The same can be said for these so-called "toxic people." 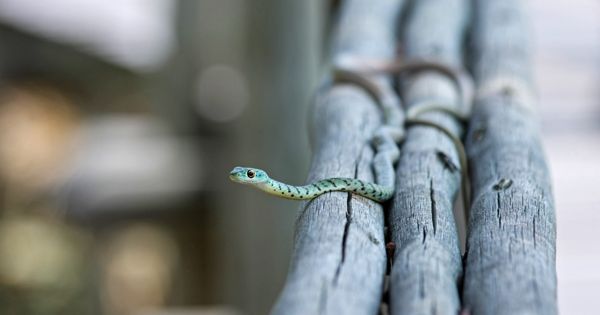 Labeling someone as toxic (or difficult, negative, or any variation thereof) reduces them to merely a caricature of their most negative traits, without extending to them any empathy or understanding of their innate complexity. People behave the ways that they do due to a whole set of circumstances of which we have little or no knowledge"”it's entirely possible that they aren't even fully consciously aware of the reasons behind their behaviours.

I have done stupid things in my life, I've fucked up, I've hurt people"”we all have (well most of us have, if you are perfect you can stop reading). I have also done a lot of soul searching and self-inquiry to get to the root of my own personal motivations and demons. That can be a difficult process, and it is definitely a very personal process. I am the only one who is privy to my own unique history, because really, the external events of our life stories are merely the beginning. How we perceive, process and internalize those events is what really shapes our character and informs our actions.

In short, I am the only one who is fully aware of the complexity that makes me tick, and there are a whole lot of layers there. So to be identified, and to identify others, based on the minuscule bit of information that our interactions reveal to us is both inaccurate and uncharitable. Once we begin to recognize and grant others the same complexity we possess ourselves, they simply stop occurring to us as toxic.

It's Not About You

In your day to day life how often do you think to yourself "I really want to annoy my co-worker today "“ I think I will try to be as difficult as possible?" Probably not very often. By the same token, most people you would consider toxic really aren't out to get you either. They probably aren't even thinking all that much about you.

The player who trampled all over your heart didn't do it in order to crush your self esteem"”he did it to build his own. The crazy, needy ex who won't leave you alone isn't really obsessed with you"”she's obsessed with whatever is lacking in her own life. The whining, complaining co-worker isn't really trying to bring you down"”he is looking for connection in commiseration. Even the spouse who cheated on you didn't do it to hurt you"”but rather for reasons that have to do with something within them.

The problem of toxic people often lays not in their actions, but in our taking those actions personally and making them about us. When someone treats us badly, as in any of the scenarios above, we can begin to question our own worth and value. But we don't have to drink the poison. When we let go of the habit of a making other people's actions mean something about ourselves, we also let go of taking on other people's perceived toxicity, and find more freedom for ourselves.

Or"”Maybe It is About You

While other people's "negative" actions aren't really about us, we can certainly use our experiences, interactions and reactions to them to kick start some self-inquiry. Behaviours in others that hit on our own emotional triggers can be powerful mirrors into our own psyches, and we can use those reflections as catalysts for personal discovery and growth.

My experience is this: the people who trigger the strongest negative reactions in me, especially if those reactions occur repeatedly as a pattern, are the people who can teach me the most about myself. In short, those who one might consider the most "toxic" often present the most opportunity for growth. If someone else's behaviour repeatedly triggers a negative emotional reaction, it is valuable to look at why that is.

Often the negative traits that we despise so much in others are a reflection of something that we don't like about ourselves. When I dug deep, I realized that my discomfort with what I had always perceived as my mother's controlling behaviour was shining a light on my own need to be "in control" at all times, which helped me transform my relationship with my own children. Similarly"”the friend who I perceived as being repeatedly condescending towards me helped to bring to the surface my buried belief of never being "good enough," and pushed me towards finally confronting that limiting belief head on. And the relative that snaked me out of money unearthed my disappointment that I wasn't where I wanted to be financially at that stage in my life, and impelled me towards remedying that situation. None of these realizations changed the situations or behaviours, but they removed the emotional charge"”the toxicity"”from them.

It is said that what we resist persists. By perceiving people as "toxic" and building walls protect ourselves we create resistance. I have found more freedom in reframing my perceptions, and in granting others their complexity. We don't need to keep difficult people in our lives, and I don't suggest continuing to interact with people who repeatedly treat us badly. I have certainly let some of them go from my life. But I have gained more value in doing so with empathy, compassion, and even gratitude for their contribution to my growth.

Gail is a certified hypnotist, life coach, administrative assistant, wife, and mom to three grown children. She takes a pragmatic approach, understanding that not everyone is ready or willing to throw caution to the wind and ditch their current job/relationship/situation in order to live their passion. Baby steps are OK, and small changes can add up to big rewards. Blog Twitter Facebook