Today, I stopped people pleasing. I am 40, and you would think that I'd had plenty of time to get over it!

If you are nodding 'yes' then you probably don't struggle with this dis-ease and you should only read on if you want to help someone you know. Because a lot of what I am going to say is obvious to you. And some might not be. Read on to find out.

I should also add that everyone's people pleasing puzzle is made up differently. However, I am sure there are enough commonalities for at least some of what I say to be useful to you. Read on, and if you don't like what I am saying that is the time to pause 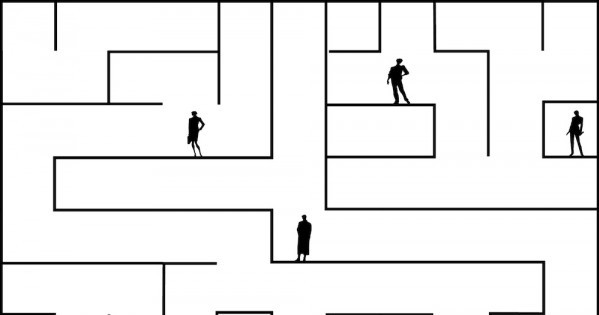 and consider if it applies to you. Your ego/your shadow side is trying to stop you becoming aware of its existence.

History of My People Pleasing

I was brought up in a repressive home environment with a parent who was emotionally volatile, occasionally physically violent; and my sister and I lived in an atmosphere of fear at when the emotional weather would get stormy.

Just like a flash flood or sudden arctic whiteout we could find ourselves at the brunt of this parent: screaming and following us around and then five minutes later getting angry again because they had forgotten their recent rage. Yes, really. They got amnesia for their vitriolic outpourings and angry if we brought it up.

This left me struggling to establish boundaries with people because this parent had so often stomped on any attempt for me to assert myself. Until recently I would actually get mini panic attacks at the thought of disagreeing let alone confronting someone I loved with a different opinion. And saying NO was hard!

A note to parents: your job is to provide a safe environment for your children to express their emotions whilst you hold yourself constant. I am not talking about never disciplining but if you cannot allow your three year old to express anger without flipping out yourself – get some help. You are teaching them to stuff their emotions and making them feel they are 'bad'. Those effects can last a long time. Yes, it is your responsibility. Get some help.

I lived in constant fear of what other people might say because I had created the following beliefs:

So what did I do about it?

Over the last twenty years I must have spent $20-25K dealing with my own demons. I studied many types of personal development, read hundreds of books and even invented new techniques to help myself. And now I am mostly at peace"¦ and I want to share with you some of what I learned.

It's worth noting that people pleasing has a positive benefit to some part of your mind. Yes, you might feel wretched and self-loathing after giving in again but some part of you believes it needs to do this.

For example, if you ask yourself:

What am I getting from this [people pleasing] behaviour? If you are completely honest with yourself you might get back answers such as:

You can then ask yourself: What does X [your answer] get me? Keep asking until you get an ultimate answer, which may well be another one of the words above. You will know you are there when you run out of things to say or start repeating the same idea with different words.

I did this process recently and discovered to no great surprise that I had a belief that other people were always right. Gah!

When I asked the questions above I discovered that believing this helped me feel that my world was safe and secure. Those were some of my top values in communicating with people.

When I questioned if this was really true (yes, I asked the question no matter HOW obvious the answer) my mind realized that given all the stupid and terrible things people were doing to themselves around the world, they couldn't possibly be all right.

The result: a drop in anxiety as that belief bit the dust. Pow!

The trick is to find another way of feeling that top value "“ in my case safe and secure "“ without having to reference other people. Then you can have your cake and eat it!   For me, I referenced my spiritual beliefs. For others, it may be just giving themselves permission to come to terms with the uncertainty of life.

Do you have permission?

Sometimes (maybe all the time) we are afraid of our own emotional states. What feelings/emotions do you just not like? If you do not have permission to feel uncomfortable or uncertain, for instance, you will act in a way that tries to get you away from those feelings.

Say to yourself out loud: I give myself permission to feel X and still be okay with it.

Say it a number of times until it really settles in, you may feel some resistance to start with.

It can feel incredibly freeing to be okay with others' disagreements "“ after all they have their stuff over there and you have your stuff over here. You have boundaries.

Michael Hall of neurosemantics.com says that our responsibility for our own thinking and feeling and emoting and behaving ended at our nose but the person with co-dependency issues believes that others control their feelings. No, they might not say it but if you struggle with this then secretly you DO believe that.

Boundaries are actually your criteria for what you will and won't accept: how far you will go and when you will say 'stop, no more'.

If you want to explore your boundaries I wrote a technique which helped me called The In/Out Control Pattern in The NLP/NS Users Toolkit. It's useful to understand where you locus of control is and can make your feel more secure in your own power again.

The main think to think about is whether you are continuously prepared to let others violate your standards.

When you know what you will and won't do – you have identified a boundary. And you will or won't do that behavior because you have reasons that are important to you for acting or not acting.

It is helpful to ask yourself: what would I actually do or not do?

Then you can work out why that is important to you and thus identify my values that way – seeing the trees in order to see the forest!

When you know what is important to you (whether you like the answer or not!) you can then ask:

This is called ecology checking and is worth doing in a quiet place where you can think about your thoughts and their repercussions. You will sometimes find that just asking yourself if you want to put up with certain behaviors any more is enough to stop them.

You can also ask yourself:

What would be more beneficial to believe instead?

If you are struggling to change beliefs you can use the Reboot Your Mind Pattern I put together "“ see the link at the top.

Admit you are like your parents"¦ in some ways

Your parents are your first and most significant role models. As a child I had unconsciously used my parent's rage responses as a model for how I should respond to people. I only realized this in the last year and it cost me my first marriage of ten years because I would go into an insecure rage at my wife's decisions if they 'threatened' my desire for approval.

Yes, you are like your parents even if you manage to keep it at bay! But once you admit that, paradoxically that gives you the power to change it! What you resist truly does persist. This is one of those paradoxes of surrender bringing power just as forgiveness empowers you.

At some point we need to stop looking to other people to make our decisions. Yes, it's wise to talk to people wiser than yourself but if you want to have any self-respect, you'll need to be your own man/woman.

I know how challenging a journey this can be but if you give the above some serious thought I guarantee that you can make progress and add some pieces back to the puzzle of you.