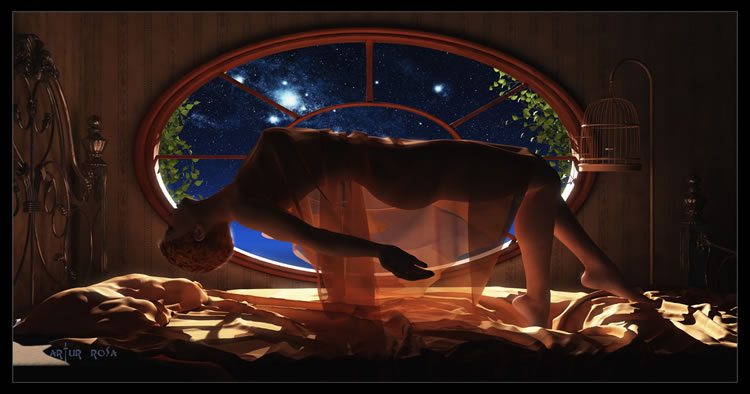 Sleep paralysis and the shadow figures

The subject of sleep paralysis is a fascinating subject for me. I used to be into all things astral and lucid and practiced the art of lucid dreaming and astral projection.

I have had many lucid dreams and a few experiences with astral projection. However one of the things that rally hindered my training was sleep paralysis.

What is Sleep Paralysis?

A phenomenon in which a person, either falling asleep or awakening, temporarily experiences an inability to move, speak or react. It is a transitional state between wakefulness and sleep  characterized by complete muscle atonia (muscle weakness). (Source – Wikipedia)

Sleep paralysis is when the mind is awake and conscious  but the body is totally asleep. You are literally paralysed and you are lying there wondering what the hell is going on. But it doesn't stop there, at least for me. When I used to get the sleep paralysis episodes I always got the shadow figures coming to visit me.

The shadow figures, as I called them, usually congregated around the bottom or at the side of my bed. I was terrified of them as I hadn't a clue what they were and why I would be getting them. I presumed, rightly or wrongly, that they were dreamlike figures manifested from a partially sleeping brain. There is no other way to describe it. My mind was awake, my body was sleeping, and another part of my mind was partially asleep. 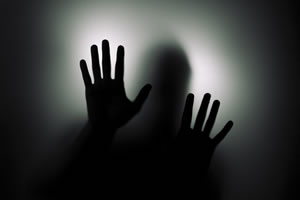 What I couldn't figure out was why the figures only appeared during sleep paralysis episodes.

To get out of the sleep paralysis I had to command one finger to move, any finger. If I could do this I was able to wake my whole body up.

Due to the sleep paralysis episodes being so scary, I discontinued the practice of astral projection. However I continued with the lucid dreaming.

There were two occasions when I managed to get myself out of my body, one of them I can't really say for definite if it was dream or not. The other genuine time happened just after a sleep paralysis episode. I managed to get through the fear of the sleep paralysis, my motivation was particularly high. When I got through it I sort of asked my mind to get out of my body. My conscious immediately took me to another body floating just above my sleeping body. I asked to go a little higher which it did and then I turned around and saw myself sleeping. I became too excited at this point and woke up. I have never had another experience like this, although I wish I could.

The reason I was reminded of the sleep paralysis episodes was because I had another episode after taking a nap the other day. I was dozing when I got the noise in my head (the noise is kind of like a white noise just before dozing of a little deeper) then came the partial sleep paralysis, I had to consciously wake up about 6 times in case the paralysis took hold. It was strange having it during the day but no less scary.

What to do when you can't move

It's difficult to imagine a situation when you don't want to get out of the sleep paralysis episode immediately, however it's an enlightening experience to come through it and find out what happens afterwards.

The thing to remember is that nothing can harm you during an episode of sleep paralysis, and to breath as calmly and as deeply as possible, and keep repeating to yourself 'I cannot be harmed'.  If you get the figures around your bed or the whispering voices in your ear then think of this as a test of your nerve.  If you are too frightened to experience the full episode, then you will never find out what happens on the others side of the experience.

On the other side

Once you are able to overcome the fear of this experience something magical happens in the form of a lucid dream or an out of body experience. The experience of a full on lucid dream and an out of body experience is something that can hardly be described and the elation of this will last for days.  I see it as entering another dimension of this world, one that I cannot intellectually comprehend yet, but one that has a profound effect on my consciousness, and I've no doubt it will have a profound effect on yours too. 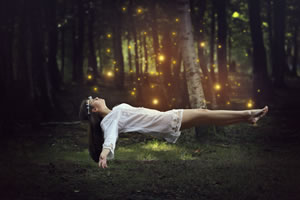 If you want to prevent sleep paralysis from happening then I would suggest sleeping in the prone position, on your stomach.

If you are able to get over the frightening experience of sleep paralysis it's worth exploring it to the max and see how far you can enlighten your spirit.  You can, I believe, travel to other dimensions of this world, worlds that have not yet been fully explored or explained, and it completely opens up the consciousness to explore another part of our world.

Have you ever had the experience of sleep paralysis?