Well that's it for another year. Big Brother is finally over and I can claim my 9 and 10 O'clock back and sometimes 11 O'clock when we watched Big Brothers Big mouth which was excellent with Russell Brand. 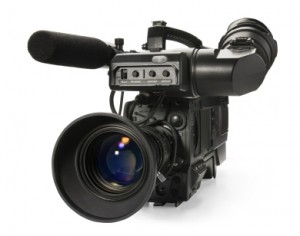 This is the first one I have watched all the way though following it for the full 93 days. I found it fascinating as did my wife. We watched it from an entertainment slant and from a psychological slant.

The characters in it were fascinating and most conformed to the theory of group formation proposed by Bruce W Tuckman which was called forming, storming, and norming & performing.

The forming stage was evident in the few days and continued every week as housemates were evicted. This was never more evident when Immogen was voted out; Aisleyne's reaction said it all. Aisleyne had to start the forming stage all over again when her ally had been evicted, after this she went into a downward spiral.

The competition to be the dominant male in the group was a fiercely fought between Mikey, Richard, Spirral, however ironically whilst they were fighting for this position the two lesser aggressors had become the most powerful. Again this was evident as they were the last two to be voted out but the public.

The storming stage is when the other housemates are feeling threatened as they do not yet know their place within the group as they do not know who to trust and who to make alliances with. They do not know where the threats are coming from. However they eventually have to settle and trust their instincts, but re-evaluate this as the competition progressed. An example of this would be when Aisleyne first entered into the house, Immogen and the other "˜plastics' felt threatened then towards the end Aisleyne and Immogen had become quite close as all the other "˜plastics' had been evicted.

The performing stage is when the group pulled together to achieve a common goal. This was evident in the tasks that had to be performed to gain food, or treats.

Finally came the adjourning stage; the last night came and everybody was brought together again as the last six housemates were voted out and rejoined their previous housemates in the gallery. Then the pinnacle of the night when Pete was announced the victor.

Each of the housemates had their roles within the group, some of these were more apparent than others. Some of the more obvious are;

I thought it was interesting to see Glynn and Aisleyne throughout the 93 days. These, for me, are the two who gained most from the experience. We saw Glynn grow from a boy to a young man. He has gained at least 5 years experience in 93 days. Aisleyne tried to play the role of tough ghetto girl when she first moved into the house but her true personality came out as a vulnerable young woman still trying to find herself. At the end she had found out more about herself.

The winner, Pete was a joy to watch except for having being a bit spineless most of the time it was great to see himself stand up for himself a few times and I think he will go on and grow from the experience of big brother.

All in all it was fascinating to watch from a psychological point of view and from an entertainment point of view.

If you enjoy this site please leave a donation for Steven, and you can enjoy the spirit of giving too.