Love does something to us that no words can describe.   Sure we try to describe it, as I am doing right now, and as billions of people throughout the ages have also attempted to do.   Sometimes we may come close to representing the impact of love, but never can we do it justice.   The deep, colorful and emotional existence of love does not fit into the rational and limited structure of words.   As soon as you try to describe it, you lessen it.   By trying to describe it, you try to understand it and by trying to understand it, you impose logic somewhere it does not belong. 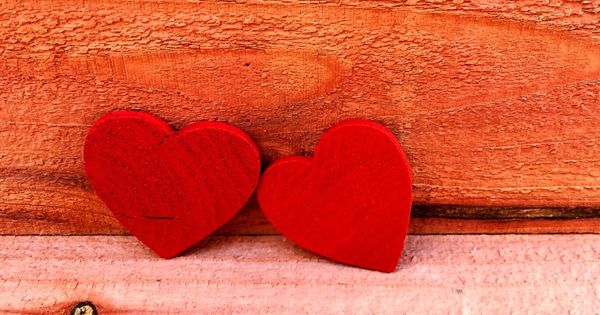 In a world where quick-fixes and immediate answers are desired, if not demanded, we struggle with the idea of something that cannot be explained; something that we can't Google; something that can't be demonstrated by a scientific study or summed up by a mathematical equation.   But it is in fact in its mystery that we also find its beauty.

Yes, there are cynics that condemn the idea of true love.   They might point to divorce rates and affairs to prove their point.   And it is true that divorce-rates are high, as it is true that many people have affairs.   However, neither of these things invalidates the existence of true love.

Danger comes when we believe that love can and should live eternally without effort.   Us humans cannot survive without effort, and nor can human love.   Love requires work.   It requires investment and commitment.   Those butterfly feelings that we get at the beginning of a relationship are beautiful and wonderful, but eventually, the butterflies get tired and begin to rest their wings.       All of a sudden, the food in his teeth isn't cute anymore, and the two hours she spends on her hair is just simply annoying; no matter how pretty she looks.   One by one, the butterflies disappear, and left before us is reality; stark, cold reality.   It is here, and only here, that true love is born.   No longer is it the adrenalin of our initial connection keeping the fire alive; it is us; raw, real and naked.   Naked love is far harder, but when it survives, it is also far deeper.

Like a plant, a relationship cannot exist on it's own and expect to flourish.   Negative toxins might very well kill your beautiful garden, but the more likely culprit is the absence of water and sun, of attention and devotion.

We need to feed our relationships the things that they need in order for them to survive and grow. Not always, but more often than not, the negative factors that we perceive to be killing our relationships are in fact not the weapon.   They are the symptom.   They are the symptom of absence; absence of love, understanding and communication; absence of of listening, sharing and believing; absence of trust, forgiveness, commitment, honesty and compassion.

It is also true that the very things that we assume will kill a relationship, if approached wisely, can actually make it stronger.   Withering leaves act as signals that our plants need attention.   Similarly, anger or distance, or any other such behavior, can also act as signals; signals that, if detected early and treated wisely, can save love rather than destroy it.