Are you afraid of talking to people or feel anxious around strangers? Don`t be scared to say yes. There`s nothing to be ashamed of. None of us took "˜charisma' lessons at school. And most of us didn`t have some slick parent or uncle to learn from. Still, this isn`t the time to cry over spilled milk.

You`re a grownup member of society, and it`s your responsibility to make the best out of your conversation skills "“ even if it means learning the whole thing from scratch. According to research, knowing how to charm the pants off someone equals a better career, more friends, and more happiness. Who doesn`t want that, huh? I grew up as a shy kid, I had huge fear around strangers and beautiful women, and it was sickening me for a while till I realized I couldn`t live the rest of my life with shyness lurking around the corner. So, I made some changes, and it worked. 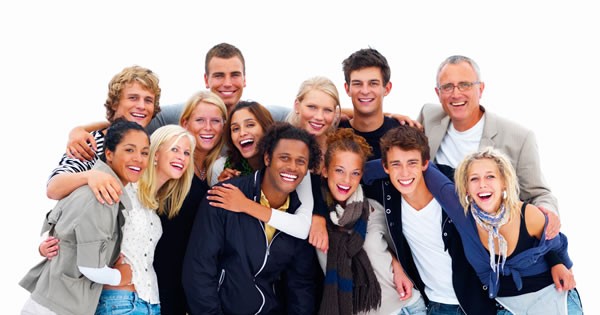 I don`t know how much you suck at talking to people, but what I know for sure is that there`s a way out of it. Even if you`re the most anxious guy/gal on the universe, if you talk to enough number of people —even if you just say "˜Hi' at first— you`ll get really good at it. That`s how great communicators started.

I had tried so many things to overcome social anxiety when I was a kid, and the thing that stood out and changed my game was a goal that I set to myself to talk to +1,000 people each month. I know, you may be panicking thinking that goal is unachievable, but let me put it straight to you: the purpose of a goal isn`t to achieve that goal. The real purpose is to develop yourself into someone who can accomplish that goal, and any goal you put your eyes on.

I remember I couldn`t hit my quota for the first four or five months, but I didn`t care because I saw improvement already. I would`ve talked to 400 or 500 people —mostly saying "˜Hi' and other ordinary stuff— but the longer I stuck to that goal the more confident I became. I lost most of my fear around chicks; I began to find stuff to say other than "˜how`s your day?' And the time I spent on each conversation went from seconds to minutes. Just by focusing on a goal and sticking to it. You don`t have to be fancy to succeed. Just pick a number, put your ass on the street, start counting and don`t quit before you complete the first four weeks. You`ll see a measurable difference soon enough.

I like to back up my claims, so I`ll show what the experts do to be consistently excellent. I was watching a talk between Tai Lopez, the famous YouTuber and Jordan Belfort aka. The Wolf of Wall Street and the later was talking about how he landed a sales job at a large, multimillion-dollar company. The Head of Recruitment gave all the candidates an hour to prepare for a trial sale. Every one of them left after 10 minutes of studying his material except Belfort who spent the entire hour studying everything about his prospects and was the one who made the most sales because of that.

Another example is Erik Von Markovik aka. Mystery, author of the famous dating book, The Mystery Method. Mystery`s way of improving his communication game was simple; whenever someone puts him in a corner, and he fails to respond, he would go home, write down the entire situation and spend the night thinking of what he should`ve said and then memorize it. Soon enough he would come up with a smooth response to whatever tough situation they put him into which made him more charming than anyone in the room. This is called the power of preparation, and it works, my friend, like a charm.

So, what I want you to do next is to write down five scary or embarrassing that you fear. Then I want you to prepare a response to whatever bad that may happen. It can be anything from asking for a raise to responding to someone picking on you. Soon enough, you`ll know what to say in almost any difficult situation, and you`ll become more fluent than you`re today.

Let`s say you just saw a girl you like on the street. She seems adorable, but you`re shy, nervous, and don`t know what to do. So, what would you say to her? Here`s what I`d say: "Hi, I`m kinda feeling awkward at the moment, but I like you. Why don`t we discuss that weird sentiment over a cup of coffee? I`m Ben by the way."

Did you see what happened? I delivered exactly what I had in mind, and I didn`t need to create some line because I went bold and told the truth. Even if she blows me away, I know I did a great job, and I walk away proud. The key is to embrace your state instead of running away from it. It won`t work all the time "“ in fact, nothing does "“ but it will make you bolder, funnier and fluent more than you can ever imagine. You will like yourself more and so will people.

So, where to start?

I want you to set a monthly goal for yourself as I did. Aim to talk to 1,000 stranger in the next 30 days. Say Hi, ask for the weather, buy three bottles of water from three different supermarkets or pretend you`re lost and ask for an address. It doesn`t matter cause you`re starting small. What does matter here is ACTION? Take some of it no matter how small, and soon enough you`ll get a grip on it, and you`ll get better.