Thousands of people every day are suffering in difficult situations through lack of assertiveness.   Most commonly the assertiveness problems tend to arise at work and with friends.   However, assertiveness issues creep up everywhere whether it be with friends, family, or work colleagues.

It's okay saying to someone "˜stand up for yourself' or "˜you should just say this to them"¦..', but to someone who suffers from lack of assertiveness it's not an easy thing to do and can fill people with dread at the thought of confronting someone with an issue they may have.

Bullies, whether at work or at home, prey on people who lack assertiveness and can traumatise the person they subject their bullying tactics on.   The bully is of course cowardly and lack the backbone to pick on people who they know will stand up to them.   Dealing with people who intimidate you or belittle you is empowering and can literally change your life, but how do you do it? 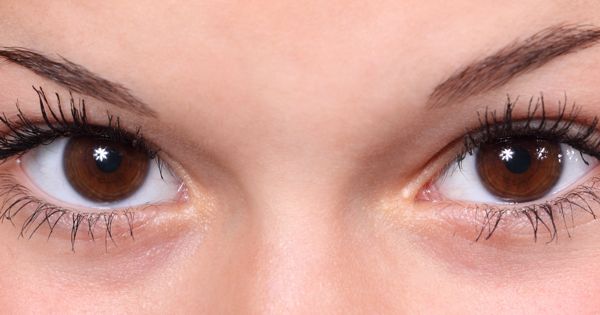 This guide will hopefully give you some tools to think about and implement when you feel you need to be assertive in situations.

Assertiveness is the ability to stand up for yourself and to express how you feel when you feel it is necessary.

If you feel any of the above are missing from your life then you may have difficulty asserting yourself and expressing yourself.

Some common beliefs about being assertive

A lot of the time you may fear being assertive by believing something will happen if you are assertive in situations.

Have you had any of these thoughts?

"˜I can't say no, they'll think I am being selfish'

"˜I am their parent I have to do this for them.'

"˜I don't want the other person to be upset or angry with me.'

"˜If I stand up for myself people won't like me because of it.'

Do you recognise any of these thoughts? Read the article "˜7 Irrational thoughts"¦.' Which might help you deal with these types of thoughts.

Let me ask you something at this point.   Think of someone you admire, someone who can be assertive, not aggressive but assertive"¦"¦..take a moment to really think about them.   How do people react to them? I can almost guarantee you that you think they are admired by everyone and everyone seems to like them and get on well with them and they seem to have more people relate to them better than anyone else"¦"¦.but, before you jump on the thought "˜but they are better (fill in the blank here) than me', it's nothing to do with looks, intelligence, higher position, funnier or anything else, it's to do with their ability to stand up for themselves at the right time and to know when to apologise and take responsibility at the right time.   They may not necessarily stand out in the crowd but they are admired and respected for their opinions.

Now think of someone who is aggressive, someone who others say "˜oh you don't want to mess with them' or "˜they are too in your face'.   These people are respected by some people and hated by others, the ones who respect them are more than likely aggressive themselves.   Those who hate them or dislike them tend to stay out of their way and relate to them very poorly.

Who would you most like to be like; the Aggressive one, the Assertive one or the Sheepish one?

Look at your problem areas

To change anything in your life you first have to recognise where the problem lies, I know I've said this a million times but it's worth re-iterating.

Where does it occur most often?

Are there certain people you have the most problems with?

Is it when you are in a crowd?

Is it harder giving compliments or critiscisms or are both difficult?

After you have done the exercise above think about what you think might happen if you did assert yourself in the situations and with the people you thought about.

My wife once told me she plans for almost all eventualities when she meets someone or feels a difficult situation arising, meaning she rehearses what would happen in certain situations and she thinks about her response to it before it has happened.   She has gotten so good at this over the years that it is second nature to her, I admire her enormously for her quick wit and assertiveness and seeing how people respond to her, it amazes me sometimes.   However I have practiced what I am teaching here and I practice everything in advance if I think a difficult situation might arise.   For example I was at a seminar a few days ago with around 70 people, all of whom were qualisfied doctors, academics, senior practitioners etc.   I was dying to ask the speaker a question about the topic and to clarify something but felt it might be a silly question.   I thought about it for a moment and thought if I am thinking of the question and I think it is important then I am going to ask.   I rehearsed within a few minutes exactly what I was going to say and my tone and hand gestures, waited for the right moment and asked my question and as silly as it sounds it felt very empowering. If I hadn't asked the question I would have berated myself all day for not doing so.   This is being assertive, not being aggressive, a smart alec or whatever else it's about knowing you have the right to ask a question or to stand up for yourself.

So practice different scenarios in your head about being assertive.   If you have not done this before it might take you some time but believe me when you practice it all the time it becomes second nature and you will find you just do it when you need to.   However, initially to get you going just practice in your head.

Here are some tips once you have practiced them in your head and time to put them into practice:

You may feel nervous going into a situation whereby you know you are going to have to assert yourself, this is natural and everybody goes through this and I mean everybody.

Something I use which is quite effective is stating what the other person is doing which is making me upset for whatever reason, for example:

"˜Why are you raising your voice and pointing in my face.' The question stops them in their track for a moment and makes them lose their train of thought and to think about their actions, as some people genuinely don't realise how aggressive they are being.   Pointing it out to them is a good way for you to take control of the situation.

Instead of getting angry at someone for their behaviour and keeping it inside use the "˜I' statement to let them know what you are thinking, for example:

I feel you are being very aggressive toward me.

I get upset when you start shouting at me.

This tells the other person your thoughts on the situation rather than let them take control without any feedback which can often fuel their disruptive behaviour.

Repeating your thoughts on the subject

You might not use this very often but it is still a good way to be assertive and get your point across, for example:

You: "˜These jeans are torn, I would like my money back please.'

Assistant: "˜It's only a small tear, I can give you a discount'

You: "˜No thanks, I would like my money back please.'

Assistant: "˜Well I could replace them for you?'

You: "˜No thanks, I would like my money back please.'

Assistant: "˜Okay, I'll just refund the money for you.'

I have seen a lot of people being very shy and demure and blossom into assertive people which is great however just because you have found this new power to be assertive doesn't mean to say you have to use it at every opportunity.   Know when to pick your battles and know when to let it wash over you.

I hope you have found this useful and it would be great to hear your thoughts on it.

7 Irrational thoughts that disrupt your life

How to stop worrying and why

8 Destructive thinking patterns and how to change them