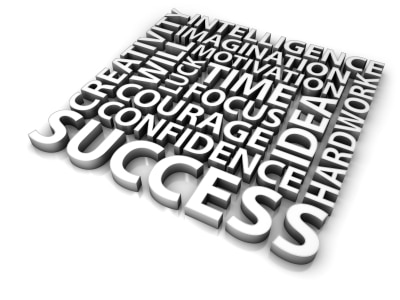 This can have a positive or negative impact on your life. It's important to look at your beliefs and reshape them if required.

Most beliefs are generalisations that has been developed from what we have been told or learned since childhood. These beliefs have transferred to adulthood and have the power to destroy or save us.

Think about the mothers and fathers who have lost sons or daughters in tragic circumstances and they go on to campaign, so no other parent has to suffer how they have suffered. Their beliefs get them through the tragedy of losing their own children. I can't think of anything worse than losing your own child, their beliefs have got them through that and through their campaigning they have help thousands or other parents and children.

When working on my own program Alter Your Jacket, I have a module on beliefs and wanted to interview someone prominent in the field of beliefs.   In a strange twist I read a post by Steve Pavlina about a guy named Morty Lefkoe who claimed he could eliminate beliefs in around 20 minutes.   A few weeks after reading Steve's post Morty contacted me as he had read several of my posts about beliefs and wondered if I would be interested in a guest post.   Isn't that amazing; serendipity at it's best.

A Call with Morty

Morty and I kept in touch over the last few months and last night I had the privilege of a video call with him to work on one of my own beliefs.

The session lasted for 1 hour and I can honestly say it was a strange but very enlightening 1 hour.

At first I was asked a few questions and we came up with one of my limiting beliefs which was 'I will never be able to earn as much money as I feel I am capable of'.   After asking a few questions and looking at that belief more closely we ascertained that the belief really translated to 'I am not good enough'.   Morty asked me to say "I am not good enough,"
out loud, which I did and felt very strange about saying it.   It felt as if it was the truth, somewhere inside of me.

After going through an easy cognitive journey through my past, I was able to mentally rid myself of the limiting belief that 'I am not good enough'.

The other, more important, discovery for me was what happened after the belief was eliminated.   Morty asked me a few questions about myself, my reality and my inner self and it blew me away, I don't think I will look at life in quite the same way. I don't think the impact will be fully apparent until a few weeks as I go about my normal business.   I went to bed at 10.15 last night, turned the lights out at around 11pm and could not get to sleep.   So I got up and worked a little more until 1am as I had enough energy to do so and am sitting writing this post at 5.25am, so I am still reeling at the impact of Morty's call.

Morty went on to explain that although I was able to rid myself of 1 limiting belief, what often happens is that more limiting beliefs will come to the surface, so there may be 5, 10, 15 or 20 beliefs that piggy back of the original belief.

I don't recommend many things on CYT but I would definitely recommend trying the free sessions that Morty is offering at his site.

You Can Eliminate A Belief for Free by Visiting This Site