You've tried all the diets, read all the popular books, watched some videos on the net, bought some self help books and joined the gym a few times, but you're still overweight "“ why? 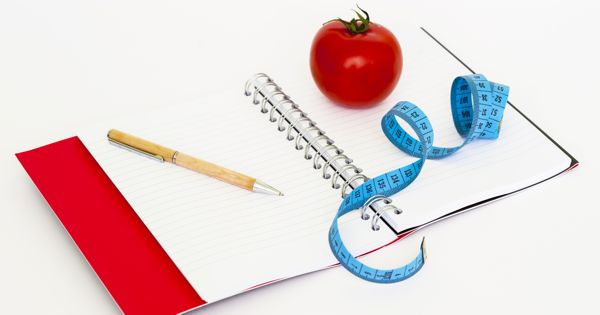 You've put on a few pounds over the last few years and have identified that you need to lose at least 15 pounds to make you feel good about yourself and to fit in to all those clothes that you still have in your wardrobe.   So you set a target of losing 15 pounds in the next few months.   What's the first thing you do? "“ say something like "˜I'll start my diet next week, no point in starting in the middle of the week.'   So Monday comes and you start eating less and have booked a place at the gym.   Wednesday comes around and you are still eating a little less, cutting out the whites but sneak a little biscuit in every now and again: "˜it won't do any harm'.   Friday comes around: "˜I've been working hard all weekend and as a treat I'll get a takeaway.' Saturday and Sunday are wasted as your friends have come round asking you to go out for a drink or a meal with them, so you'll start it again on Monday.   On Sunday night you drag yourself over to the scales and notice you have lost 1 pound of weight: "˜one pound!' you gasp, "˜it's hardly worth it.' And the diet is duly stopped.

Does that sound familiar?

We all know there is no big secret to losing weight: eat less or exercise more or a bit of both.   There is no need to do anything else, that's all there is to it.   However, we are human and we are making it much more complicated than we have to.   We like to think of new ways to package this basic recipe for losing weight and these are in the form of diets, think of these famous diets or eating programs:

What do we do?

Here's something I was thinking about the other day.   I was making a cup of tea for myself at about 6 o'clock in the morning and I automatically opened the cupboard door to grab a few biscuits to dunk in my tea.   I stopped myself and said to myself "˜I don't eat biscuits during the week' (I am trying something new to lose a few pounds and it's working so far).   I asked myself why I reached for the biscuits and came up with three reasons:

I felt happy as I love being alone to do some of my work and I spend about 15 minutes pacing the kitchen floor before going for a two mile walk.   This feeling of happiness is usually celebrated with a few biscuits, maybe 10 or so.

A cup of tea is usually followed with a few biscuits as I have a strong association with tea and biscuits and it has become habit.

As stated above I have formed an association between biscuits and tea or coffee.

So there's three issues here.   Yes it's the eating of the biscuits that has to be stopped or reduced but it's also the association of the biscuits with other drinks such as tea and coffee, it's the habit of eating biscuits, and also it's the controlling of emotions so we don't automatically reach for a biscuit or whatever is your choice of emotion food.

There are two states at play here: The Mind State and The Physical State.   The physical state is the actual eating of the biscuit.

The mind state is what we are thinking and feeling to make us reach for the biscuit.

For years we have tried to work on the physical state, that's why there have been so many diets in the world and some people have made a lot of money form these diets.   It's time to look more at the mind state and bring that to the fore of the media instead of it being in the background.

I am not an expert in food or the psychology of food but I know how the human mind works and it seems the mind state of eating is something we are neglecting in the media therefore most people don't know about it or it's not being given much media attention.

3. Mind state hunger needs to be satisfied "˜RIGHT NOW' whereas physical state hunger can wait a little longer as it is a gradual process.

5. Mind state eating can leave feelings of guilt as you might feel you should not be eating.   When you are eating from the physical mind state you do not feel that guilt.

I was going to write about dealing with the mind state of eating here, however, the article would have been over 2000 words in length so I will leave that for another time.   I just wanted to introduce the concept of the Two State Mind and hopefully get you thinking about your eating patterns.