Often times, I spend my time in forums where many self-employed people interact with each other. One thing that always strikes my curiosity is the self-defeating threads that people start "“ 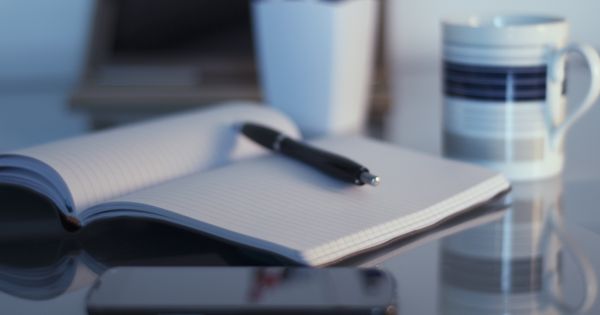 Surprisingly, these are the threads that usually get the most replies. There's usually a lot of hype in them, even a little bit of excitement, but one can definitely feel the energy of the atmosphere as everyone is telling their own personal story to get it on the action. After many responses, the original poster receives wonderful tips to help improve their life. The scary thing is days later, weeks later, and even months later, you will find the original poster there, in the same thread, asking people for the same advice. This has made me realize that there are really two types of self-employed people in the world.

The Ones Who Take Value for Themselves

Some people need to have the perfect plan before they start taking any action. They think they have to read all the books, watch all the videos, listen to all the audio tapes, attend all the seminars, or get all the best advice from people on the forums before they start doing anything. The biggest mistake is that self-employed people make is thinking that by reading a book, watching a video, listening to an audiotape, or attending a seminar, it is the same as producing value to other people. It's not. Rather, they're taking value from other people who are giving it to them.

Even if the book they are reading has the answers to every single problem imagined to achieve success, if they have done nothing, they still end up just taking value. If this person doesn't take action, nothing really changed besides them becoming more knowledgeable. They may feel more powerful or energized, but soon even this feeling will fade away into the distance when they realized that they haven't given any value back.

So in order to regain that power, energy, inspiration, motivation, or feeling again, they will find it in another book, another video, another audio tape, seminar, or thread reply, until one day they've realized how much time has passed by and how much they are in debt. The credits are maxed out and the ink from crossing out all the days of the calendar run dry. Like how a powerful king who falls from the throne when he becomes too greedy, a self-employed person will fall out of greed to know everything, eventually putting them in a helpless, powerless state to do anything.

The Ones Who Give Value to Others

There is hope though. Although in today's highly competitive world, a normal person "“ with or without all the rich knowledge of the information age "“ can still succeed and see themselves rise up to being a king, but not only a king that serves himself (or herself for women reading this "“ Queen), but a leader who serves the people. And this is done through giving value to others.

There's a catch to this however. The word "value" is often times misused or misunderstood. The reason for this is because when a word is used too much, the meaning of it becomes inflated. Other examples are words like "best," "top," and "most." But when you look at the word "value," what does it really mean to you?

Most people might replace the word "value" with the word "something". So the phrase of this paragraph's title would read, "The Ones Who Give Something to Others". This "something" usually comes out to be a form of rehashed or regurgitated material from a common source. What is value then?

So I guess the biggest question is how can you give value to other people? Although human beings may seem different in a hundred billion ways, we have an innate characteristic that enables us to detect on a deep, personal level whether or not the value we are receiving is actually making a genuine positive different in our lives.

You can stand out from the rest; you can rise to the top; you can be the king. But the one thing you must always ask yourself is this question. Are you truly making someone else's life better?

Hulbert is a self-employed person who writes about different ways to improve people's lives. Visit his blog at FromBottomUp.com.