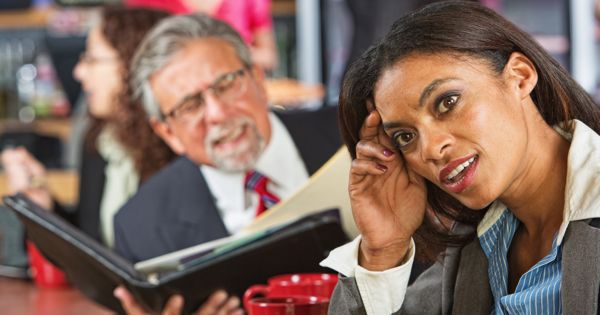 In a perfect world, we all love everyone, there is no hate or jealousy. The world is just one big love ball. Unfortunately this isn't a perfect world and we do run across people who, no matter how hard we try, we simply don't like, won't ever be able to like and have to tolerate. The cringe meter goes up and we would rather curl up in a corner and disappear then have to talk to them. Not only that, they know you dislike them and it seems they do everything to get on your very last nerve. Quite often, they succeed.

Ignoring all of them would be great but what happens when you can't get away from them or ignore them? How are you supposed to deal with them then? You still want to be somewhat nice, right? Even if it pains you immensely. For those of us that try to stay positive and cheery all the time, having to deal with those that are on our "dislike" radar tend to be a bit of a challenge but we still pull it off with grace and diplomacy.

Want to know how? Follow these tips and soon you will be dealing with these folks like a boss.

Smiling is a great little exercise that actually increases and activates happiness. Not just in you, but the people around you. When you smile, most people will automatically smile back at you. Yes, even the ones you don't like. Just keep smiling at them. One of two things will happen: they will either finally smile back or they will finally leave you alone and stop trying to antagonize you.

2. Shut them down nicely.

You can tell them to shut up because they are getting on your nerves but really, that's not very diplomatic even though I know you really want to do this. Try not to. You don't have to listen to them go on and on about stuff you simply are not interested in or really could care less about. Simply and politely tell them that you don't know anything about the topic and it isn't anything you have any interest in. It's not being rude, it's being honest.

Yes, just leave. You don't have to stick around and endure their bull. Why you want to stay anywhere your energy field becomes toxic makes no sense to me. You aren't a tree, you can move. When they start going on about stuff you don't want to talk about just simply say excuse me and leave. The end. You don't owe them an explanation or an apology or anything. They don't deserve that much power over you.

Ok so this may not be so diplomatic but depending on how you do it, in can come off as quite intelligent with a hint of diplomacy. If they are going on about shit again that gets on your nerves, call them out on it. What's their experience? How do they know this for sure? How is this important to the conversation at hand? Why do they feel the need to talk about this right now? Yes, that kind of challenge them and it doesn't have to come off as being arrogant. Just inquisitive like. It will drive them nuts and they will finally either just stop talking or stop talking to you. Perfect.

5. Can we change the topic please?

Don't ever be afraid to do this. I wish more people would. If the topic at hand is annoying or obnoxious and they seem to be leading the topic at the table and it's quite clear that everyone in the room is annoyed, simply do a topic change. "How about we talk about something cheerier?" It will give them the hint that their topic is not appreciated or liked and they will either shut up, be annoyed or leave the room. The latter would be great but if they at least shut up then all is well.

Ok so that word sounds a lot meaner than it actually is. You can be super kind to them, which will eventually drive them batty, but you can also kindly patronize them. "Really? You don't say! Well how fantastic for you" And you personally don't give a hoot about what they are talking about but it's so much better than ignoring, really, and honestly telling them you think they are full of it. Just go with it. And then follow tip #3.

Ah yes, in a perfect world, we like everyone. When you run into and have to deal with someone you don't like, just remember, it's temporary