When many people think of yoga they invariably conjure up a picture of a hippie-type in the downward dog position.

Nobody imagines a business executive in the warrior pose as he works on his insomnia or a university student mid-meditation as she focuses on mindfulness.

The truth is yoga offers so much more than what most of us realise.

It's physical health benefits have been well documented over the years "“ think reduced stress, anxiety and fatigue, better concentration and energy levels, and increased feelings of calm and wellbeing "“   and now a new wave of research is building that suggests yoga can aid other areas of our life too. 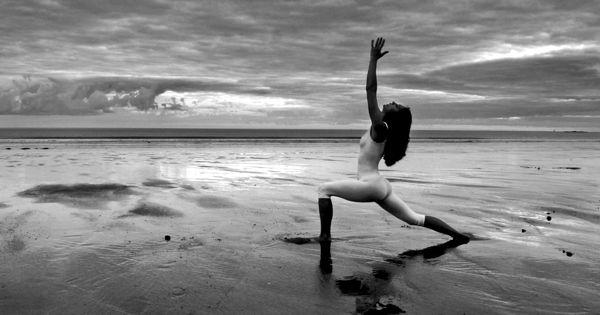 Never unrolled a mat before? Here are five surprising yet compelling reasons we all should take up this ancient practice"¦

1. IT MAY HELP TREAT SOME MENTAL ILLNESSES

Keeping in mind that there's still a lot more research to be done in this area (the studies so far have been small and limited), there has been some exciting findings that suggest yoga could be a way to help mental health illnesses such as schizophrenia (when done alongside drug therapy), depression and ADHD. So is this an incentive to toss away your antidepressants? Not quite. But it's certainly a great start.

2. IT CAN HELP YOU GET SOME MORE ZZZs

Researchers found that insomnia sufferers experienced vastly improved sleep after they practiced yoga daily for eight weeks. Makes sense, right? Yoga allows us to unwind, de-stress and be in the moment, which are all important when you're trying to get a full night's sleep. So with 45 per cent of Americans suffering from poor sleep at least once a week, this should be enough reason for you to get your yoga pants on, pronto!

3. IT CAN HELP BOOST THINGS IN THE BEDROOM

After practicing an hour of yoga a day for 12 weeks, women reported some pretty impressive improvements between the sheets "“ think sexual desire and arousal, ability to orgasm and overall satisfaction. Need even more reasons to do some downward dog? Yoga has been shown to help maintain a healthy body image and increase flexibility. Nuff said!

4. IT MAY HELP YOU LOSE THE POUNDS

While yoga isn't designed to get your heart-rate through the roof, it still gives your muscles a workout, and the intensity level depends on the form of yoga you're practicing (hello, hot and sweaty Bikram!). It may also help curb your binge eating habits, according to research published in Qualitative Health Research. The study, which involved women practicing yoga at home, showed that within 12 weeks their bingeing had reduced and they ate less overall. The Journal of Alternative Medicine reported an equally interesting result: overweight men who practiced yoga and breathing exercises each day lost an average of 4 pounds (1.8kg) in 10 days.

5. IT CAN CHANGE YOUR BRAIN

Sure, it's a great way of increasing mindfulness on the mat, but yoga has also been linked to enlarging our brains. Using MRI scans, a US study detected overall increases of grey matter and brain volume in participants who got their yoga on regularly compared to non-yogis.
Clinical research has also shown that a little chanting with your meditation could help your cognitive health. The study found that a little sing-song-yoga for just 12 minutes a day reduces stress levels and increases activity in areas of the brain that are central to memory "“ which is important for preventing diseases such as Alzheimer's and dementia.

Over to you: Do you get your yoga on? Do you find it's benefits go beyond the physical?

Emma Carmichael is the creator of www.themarvellousmind.com "“ whether it's health, wealth or happiness you're seeking, it all starts with your mind, and Emma is dedicated to helping you flex your mind muscles to create the life you want to live. Join Emma and The Marvellous Mind community on Facebook