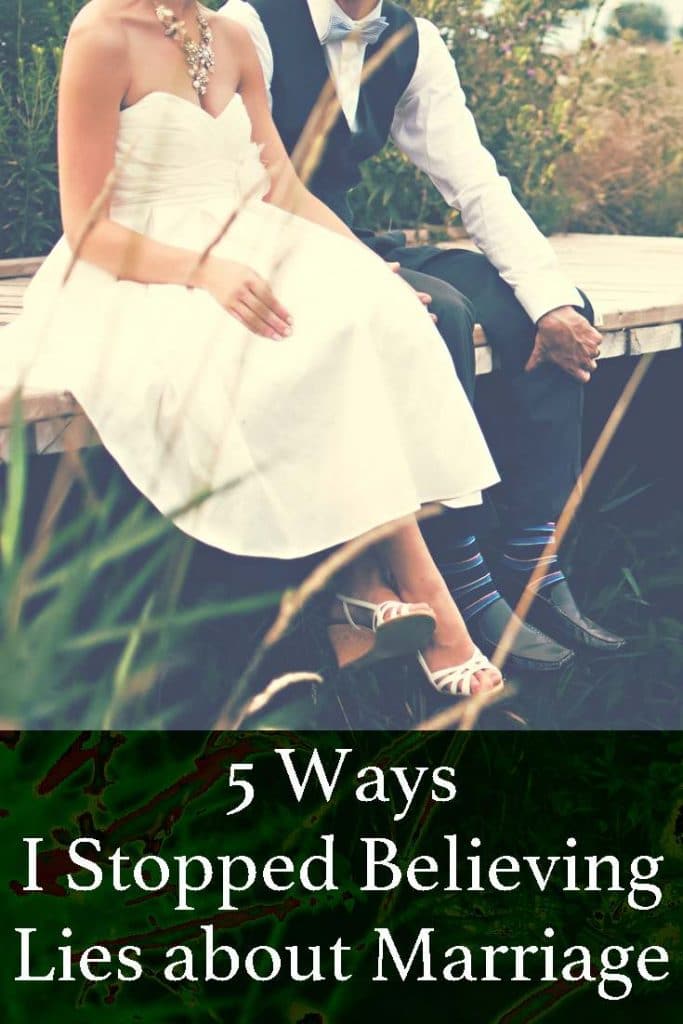 From an early age, television taught me two ways of looking at marriage. One was a way to happily ever after. The other was that marriage is the end of life, the end of fun and freedom.

Of course I liked the fairytale ending better. But seeing my own parents’ marriage and divorce kept me from believing the lie that marriage would completely fulfill me and bring me happiness all the time. I chose to believe the opposite. I almost constantly told myself that a happy marriage was unrealistic and too good to be true, at least for me. I told myself the lies that marriage is too scary, that it’s a trap, that it’s guaranteed to make people miserable, and that it isn’t worth the effort.

I was amazed at how many people still chose to get married when they saw the same terrible marriages, heard the same statistics about divorce rates, and lived in the same culture that seems to degrade marriage at every turn. 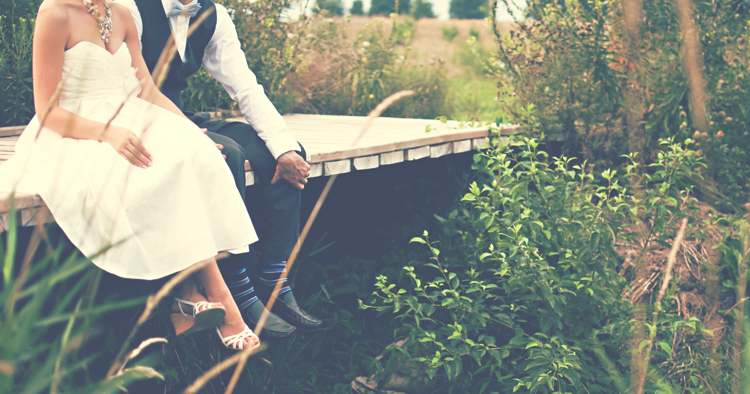 Having accomplished a couple of other goals I hadn’t previously been so sure were possible (paying off all my student loans in 3 years and going from being a packrat to being clutter-free), I had learned a lot about the power of changing your mind.

First of all, I learned that it was possible to change so many things I’d never even thought to question. So I set out to see if I could change my mind about marriage.

5 Things that Changed My Mind about Marriage

After I first learned about the board game Catan, I began noticing it everywhere. I started hearing other people talk about it. Previously if I’d heard or seen the word, I would’ve ignored it because I didn’t know what it was. It wasn’t important to me. That’s the frequency illusion. Similarly with marriage, I had learned about the bad side of it at an early age. From then on, I was super aware of its negative qualities. That’s what I’d latch onto. And I’d always think, See! Another example of how horrible marriage is. But once I decided to give marriage a chance, I started noticing good marriages everywhere. Of course I had seen them before, but I disregarded them. It’s like when you get a new car and start seeing other ones all the time even though you hadn’t paid attention to them before. You know you had seen them before, but they weren’t important enough to you to take note of. So the first thing that helped me stop believing the lie that there were no healthy marriages was to keep an eye out for them and be open-minded enough to believe they might possibly exist…you know, for some people.

Once I admitted that it was possible for some people to actually enjoy marriage, I started asking them what they like about it. I was no longer assuming it was all bad. Even people with good marriages could tell you bad things about it. The key is that they see the good side of it, too. I wanted to see why they believe marriage is worth it. When I asked the right question and chose to focus on what there is to love about marriage, I learned the seemingly little things that make marriage worth the risk. I learned about things that keep couples together despite the difficult times. When I saw how many everyday people love the little things about marriage and didn’t have some massive secret or crazy advantage over everyone else, it was easier to stop fearing that I wouldn’t be good enough or privileged enough to have a good marriage.

This is by far the most difficult one to implement and the most difficult to describe. You probably know someone who was in a terrible relationship with one person, but then with someone else they were a great couple. There are two things I want to make clear: 1) I don’t believe there’s only one person on the planet that would make a good match for each person, but there are some relationships that naturally work better than others. 2) I’m not saying a good match is perfect and won’t have difficulties or stresses. I’m not saying you should get divorced because you married the wrong person since you argue sometimes. But for those who aren’t yet married, here are some ways to know when you found a good match and to recognize a bad one. If you feel like you have to walk on eggshells, like you can never say or do the “right” thing in their opinion, then that’s a red flag while you’re dating. It’s often a sign of other issues that are big red flags but may be more difficult to detect than the feeling of walking on eggshells. If, however, you find yourself trying to talk yourself out of the relationship and think of all the reasons it won’t work…only to confirm more than ever that you actually want to be with them, that’s a very common way married couples knew their spouse was the one they would marry. Or they would go on a trip without the other person and couldn’t enjoy it as much as they thought they would because they missed the person they eventually married. Now that I’m married, I’m able to think back on those moments. It reassures me that I married a good man and that our struggles are temporary and due to circumstances rather than being due to him being a terrible person. Remembering this keeps me from being afraid that our marriage will suddenly become a bad one someday. Meeting my husband helped me believe I could have a good marriage and that it wasn’t just a rare experience for the lucky few.

Comparing it to something else.

As I thought about all the people who don’t seem afraid of marriage at all, I wondered if mine was an almost irrational fear. It made sense to me that I was afraid of marriage after my parents’ divorce, but even all four of my siblings still wanted to get married. I started thinking of things I love that other people are afraid of: swimming, flying, travel. I have so many great memories swimming in lakes, oceans, rivers, and pools. It’s hard for me to imagine someone being afraid of it. I’d want to show them how amazing it is. Yes, there are real dangers to it, but because I know how to swim and was taught safety precautions, I don’t spend my time worrying about those dangers. That’s when I realized I could learn about marriage and become skilled at it. That doesn’t mean nothing could happen to damage my marriage, but it means it isn’t as likely. This comparison helps me remember that worrying doesn’t do any good. Yes, it could keep me from some danger, but staying single doesn’t mean I’ll never face danger. And people on land can get injured just as those in water can. Fear might keep me from danger, but it also might keep me from something important or fun.

Remembering it isn’t all about me.

After I got married and was so happily married, there was still a fear that one day it would crumble and become miserable. That fear can be self-fulfilling, causing doubts and anxiety that damage the relationship. One thing that has helped me continue overcoming this fear is remembering that I’m not the only one fighting for my marriage. If it fails, I’m not the only one responsible. I don’t have to carry the weight of the entire marriage on my own. Not only is my husband doing his part to keep our marriage strong, but our friends and family have been on our side. They are rooting for us and offer us support and advice and perspective. I’m not the only one my marriage affects, so I don’t have to carry the burden alone. That in itself makes it a lot easier to stop thinking I’ll screw everything up. Once I’ve stopped thinking that way, it’s easier to actually enjoy my marriage.

If I had never changed my mind about marriage and overcome the fear of getting married, I wouldn’t be happily married today. Overcoming this fear not only changed my life, but it changed that of my husband. And it gave his nieces their first aunt.

Instead of seeing marriage as a completely blissful fairytale or a dismal end of all that’s good in life, I’m able to see it as an adventure with ups and downs that are worth the effort. Viewing marriage this way allowed me to be open to the possibility of marriage and keeps me from being outraged when it doesn’t always go my way.

No matter what lies you’ve believed about marriage, it’s not too late to change your mind. And after reading this article, I hope the frequency illusion will take effect and help you notice all the people talking about how amazing marriage can be.

If you're single, I'd love to know your answers to these four questions about marriage as part of the research for my book. (You can remain anonymous by not sharing your email address.)

If you're happily married, I'd love for you to answer any of these questions about marriage in order to help others have a stronger marriage as well.