A minimalist is someone who sold all their stuff, couch surfs and hasn't a care in the world, living off of friends because they are too cheap to pay for anything themselves. Is that what you thought they were? I did. When I first heard the word minimalist and caught a very weak and random definition of what it was to be one, that's the first visual that came to mind. A freeloader. A hippy. A mooch. A loser.

Turns out, I was way off, and so was the source that provided me with the first definition. Turns out that being minimalist is actually a super cool thing to be. It also turns out that more and more people are becoming minimalists. And for good reasons. I'm nowhere near thinking that I can be one but would certainly entertain the idea in the future perhaps when the boys are grown and gone. For now, I'll just write about it.

Being a minimalist is becoming very popular lately as people have had enough of high debt and owning stuff that they can clearly live without. Keeping up with the Jones' doesn't seem so important to people any more. More and more people are realizing that trying to keep up also keeps the debt up and as the cost of living, and things, increases, we see that it is pretty easy to live with less. Not only that, it's pretty stress-free too. 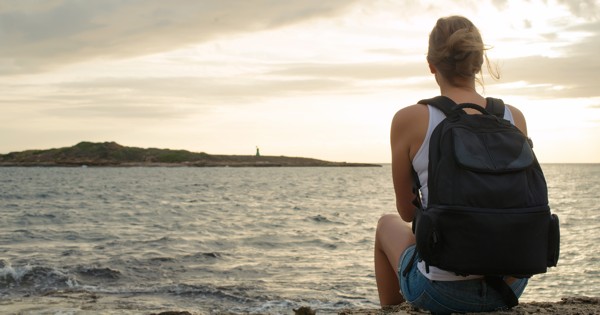 It certainly doesn't come without its challenges though. Don't be so blind or naÃ¯ve in thinking that a minimalist life is a care-free, happy go lucky life. It is, but only to a certain extent. There are moments in a minimalist's life that only they would understand, and desperately learn to handle.

Or whatever big event you were used to watching on y our big screen TV before you sold it.   Remember for x amount of years you sat on the couch and watched mindless television. You don't do that anymore. It's going to take some time to get used to this new way of life. You will have to fill that gap with something fun and meaningful. That's why you got rid of the TV in the first place. More meaning, less mindless. Right?

They want to talk about the game and talk about the final episode of Game of Thrones but they can't do that with you anymore. In fact, they can't talk to you about any TV programming or event because you're just not that person anymore. It can be a little frustrating.   For the simple reason that brings us to #3

3. You no longer have too much in common with your friends or neighbours.

They want to talk about stuff, go shopping, and watch events on TV and all the other materialistic things you guys used to engage in together. But you're not there anymore. You don't want to shop for stuff that you don't need to put in a big house you don't even own anymore. You're just not on the same page as your friends anymore and you will need to find people that get you. Like-minded people.

4. If you've become a diehard minimalist and now given up your home to travel, you may go through feelings of no sense of belonging.

For years you have had a home, apartment, what ever, a place to call home and hang your hat so to speak, but it's gone now. You will, at first, feel very free and liberated, but be prepared you may feel a tad empty inside at some point . You may. Like you have no place to call home and nothing means much anymore. Be prepared for this challenge if you are thinking of getting rid of the roof over your head too.

5. What do I do with all this money and where to next?

I know, this challenge sounds too good to be true but that's what happens. You are no longer in debt and you suddenly have extra money. Save it and travel. What a tough life, really. Travel to where? Who knows, who cares? You aren't burdened down with stuff and debt and bills anymore. You are free to go wherever the wind blows you. Real world problems.

If you are thinking about becoming a minimalist, you will most certainly be in for a pleasant surprise. The minimalist life is one of great freedom, a few challenges, but mostly freedom. Sounds good to me!