How do we make dates so amazing that we will always get second dates and our pick of guy or girl?

Three important things: the activity, your attitude, and the conversation.

We all want to find that special someone and finding love has become a billion dollar industry. A huge increase in dating sites,dating apps, and a steady increase of marriages of couples who met online is proof that finding love online is here to stay. But we still have to meet in person to determine compatibility in order to make a sexual and romantic choice about our partners. 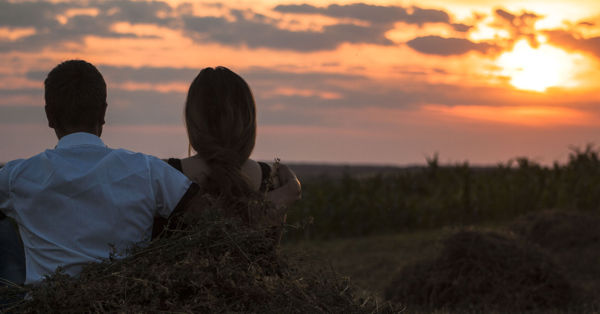 So what makes a great first date that will make them want to go out with you again?

Where you go on a date plays a role in how you will feel about each other.

There is a concept called misattribution of emotions. This means that we subconsciously mistaken what we think is causing us to feel aroused. The environment we are in and the events that happen around us play a bigger role than we think in determining how we feel.

For example, in a music study conducted by Dan Ariely he had audience members rate the band members before they started playing and after intermission.

When they were in a good mood after listening to the music the band got better looking.

You can apply the same concept to going out on dates.

Think exciting and adventurous dates that are outside the standard norm. Skip the boring coffee and dinner dates. Instead go to a theme park, a kayaking trip, or a hike along a beautiful coastline. The heighted adrenaline rush we experience that gets us amped up and excited can make us more aroused and increase the chances of developing romantic feelings for one another.

The same idea also applies if you want your dates to think you are funny. You will attribute the laughter and feelings of being delighted at a comedy show to the person you are with.

When you decide to go out on a date pick something out of the ordinary because the context of your environment and the events will impact how you feel about the other person.

Ever been extremely excited to meet someone only to find that they are just not your type on the date?

Or that you were on a date with someone who used you as a sound board so that they can talk about themselves and what they are interested in?

I have. My date went on for over 2 hours explaining to me how to play Magic: The Gathering and elaborated on the strategies and plays he used. He talked about his incredible job at Google with all the perks and only asked me one or two questions on the date. He was a nice guy who was intelligent, made really good money, and was at the
perfect age.

He just never got a second date with me.

You could have the best credentials on paper but if your attitude is self-centered, negative, or you are being a Debbie Downer you will have a hard time securing a second date with other people.

There is a concept theorized by Elaine Hatfield called emotional contagion that works in a two-steps.
The first step is imitating someone's facial expression and the second is we "˜catch' what they are feeling because we are copying their body language. Emotional contagion is based on the idea that positive and negative emotions spread among people and we can "˜catch' each other's feeling.

For example, if you work with an angry coworker who is always negative you will catch their vibes which puts you in a negative mood as well.

Having positive mindset on a date matters greatly! It will transform the vibes you are giving out to the other person.

Going on a date is like an interview where you are getting to know someone, evaluate compatibility and the possibility of entering a romantic relationship with them.

That means pay attention to what they are saying, contribute to the conversation, and be curious.

Do this even if your date is uninteresting and you already figured out that you are not compatible within five minutes. You might find out that by the end of the date that you like them after all and would like to go out on a second date. But if you were acting uninterested you might not go out again.

Having the right attitude is how to maximize your chances of getting second dates.

You may not want to go out on second dates with everyone but you want to have the option and having a great attitude during the date will give you the option.

Don't talk about your ex or previous relationships.

Don't talk about politics. People get offended if they don't share political views.

Don't talk about work. Focus on talking about your hobbies and interests outside of work.

The problem with these rules is that people can come across as boring for the sake of being polite in conversations. We hide our real opinions and our individualism for the sake of making a good impression on dates. We avoid anything controversial and avoid telling extreme stories that will make us memorable.

Sticking to the traditional small talk makes us boring and uninteresting.

Let me tell you a secret.

There is no one more attractive than someone who has an opinion about anything. We are attracted to bad boys and
girls because that they are assertive, they are confident and they speak their minds. They know who they are, what they want and are not afraid to express themselves.

When you are on a date aim to have a lively discussion and have an opinion. Tap into the interests, fears, and experiences in others by asking controversial questions.

Having an opinion is what makes you an individual with a unique point of view and memorable.

In the context of conversation there are no taboos on what to talk about but don't be insistent that your opinion is right. Be open to consider other point of views because what is controversial becomes personal. Being opinionated brings out the genuine and authenticity in ourselves so while it's   important not to have an outright debate you still want to bring out your real and best self to the table.

Add to what your date says by showing a genuine interest in their opinions and responses then put the conversation back into their court. This flow and direction of conversation is what creates a smooth conversation throughout the date.

Above all you want to make the other person feel good about themselves.

Figure out what interests them and what they love to talk about. You can tell when you have hit the sweet spot about what they get excited about because they become more animated and their eyes will light up. Get them talking about what they love, be interested in it, and contribute to the conversation. At the end of the date they will want to spend more time with you.

Going on a date and meeting someone new is work. But putting in the little extra attention to the details will help you skyrocket your success rate in getting second dates and make you stand out in the field of singles looking for a relationship.

Candace helps female leaders "“ CEOs, entrepreneurs, executives "“ lose weight and achieve amazing toned bodies so they can feel healthy and confident on the beach and in their businesses. Join Candace's 7-day email course at Rhodes To Strength which teaches you how to achieve a leaner, stronger body so that you can get results in under 90 days.