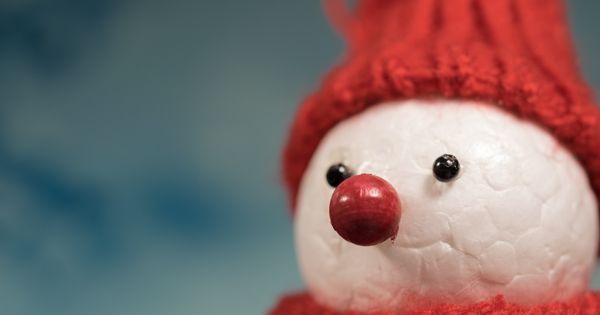 It was revealed today that "˜Rudolph the red nosed reindeer' is pregnant. When speaking to Rudolph at today's news conference she broke down in tears and revealed that she became pregnant after meeting another reindeer, whom she wanted to remain anonymous, at a party at Santa's house in November.

The celebrations marked the start of the busy period for the town of North Pole and traditionally "˜The big man' throws a party to get everyone in the Christmas spirit. However it seems Rudolph had a little too much Christmas spirit.

Rudolph has been under scrutiny over the last few months when it was revealed she had taken drugs and has been seen out in the trendy clubs of the North Pole, drunk and disorderly. In a shocking twist to the tale it seems that Rudolph's younger sister, MaryJane Splines, is also pregnant.

In an interview with Santa, earlier on today, he stated "˜I will stick by Rudolph and support her and her sister all I can'.

It has long been talked about that the social media site, Rigg, owned by Revin Kose, has been burying stories to stop them reaching the front page. Now it has been confirmed by the man of North Pole himself, Santa Claus.

In an exclusive interview he revealed that in the weeks leading up to the start of the busy period in North Pole, he had been writing for his blog www.santaclaus.np and he had been regularly been making the front page of Rigg with his articles. With 56,000 subscribers to his blog, his army of fans put him on the front page, on average, every 6 days. Now it seems his success is his downfall. His stories are being buried by an army of green eyed readers.

In a controversial move Santa has decided to remove the Rigg button from his blog and concentrate on the newer, "˜fairer' social media sites such as RumbleOver, Inf.ecti.us, and Rotator.

Revin Kose has declined an interview with North Pole Times.

In an attempt to get some more money into his campaign Ron Paul decided to visit North Pole's residents.

Speaking with local residents Ron Paul looked stunned after most of the tiny residents remarked: "˜Who the %$ £$ are you?"

The leader of a country called USA visited North Pole's residents today. On one of his tours around the factories, one of Santa's little helpers spoke to Mr Bush and asked what he does for a living. Mr Bush remarked:

"My job is a decision-making job, and as a result, I make a lot of decisions."

The factory workers looked at him with pity and carried on with their work.

Santa Claus, has been seen running around North Pole in a bid to lose some weight in time for the big day.

He admits to not getting enough exercise throughout the year and has taken some advice from a local fitness expert.

He has been seen with his iPod, a big thing in some countries, and listening to motivational advice from motivational guru Tony Robinredbreast.