Life is an interesting struggle sometimes. We were born perfect, yet we're constantly trying to grow and improve. It sounds like a contradiction, yet somehow it's not. We're the only creatures on the planet that deal with this, that spend anytime looking inward.

I sometimes envy my dog because of this. Every day is a clean slate for her.   She starts each day with the same excitement and happiness as she did two years ago. Every time I come home, she greets me with a sort of pure joy and love that I sometimes have a hard time understanding. 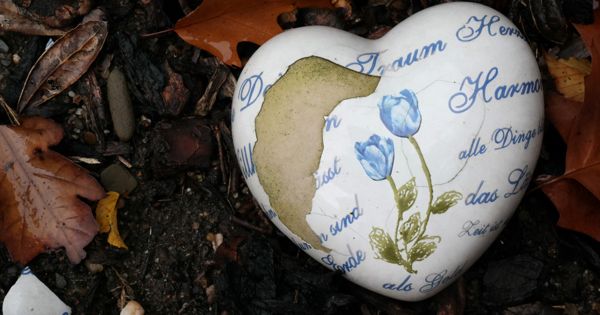 I wish that I could live one day like that, just to know how it feels. One day where all I feel is love and joy for every little thing that happens. Always in the moment.   Incapable of negativity or judgment.

So I'm trying to grow. I'm trying to get close to that point where the love that is inside me can flow freely and effortlessly. Where I can open myself up to those close to me without fear of judgment or betrayal. I realized recently that, in my last relationship, I wasn't as open as I thought I was. I thought I was communicating and telling her what I needed. Yet, after more then 7 months apart, I'm just realizing I wasn't at all. I was withholding information and feelings from her and that was preventing our relationship from progressing. I was preventing her from being her best.

Which Brings Me To My Point

I made mistakes in that relationship. I dealt with frustration and problems very poorly at times. But at that moment, I was doing the best that I could.

At the same time, I would have done better if I knew how. I think most people would agree with that. Wouldn't you?

How Do I Learn How To Better?

I've handled many things poorly but it was the best I could do at that moment. If I knew how to handle it better, I would have!   But when do I learn to handle it better? Well, afterwards, of course. After the dust has settled and I've had time to reflect and see how it affected the people involved. Then it becomes clear to me what has happened.

And truthfully, this has been haunting me lately. That sentence "˜I would have done better if I knew how'. Am I going to spend the rest of my life living by that saying? There must be a way to "˜know how to do better' before I actually act.

When I reflect on myself and my actions, it slowly comes into focus where I can do better. I understand my flaws, my old wounds that keep surfacing. And while I can understand where I need to change and grow, I can't seem to do it. It's like a switch that I just can't turn off. It's dark and I can't see "“ but I can't turn the light on.

But it turns out that not arguing or fighting means you're holding everything in.   And truthfully, you're kidding yourself when you think you're holding in emotions.   It just manifests itself somewhere else. You either end up poisoning the relationship or poisoning your health. So those emotions need to be let out and brought to the surface. They need to be dealt with before they become an issue.

A relationship has a way of doing that. Of targeting the parts of you that need to grow and heal. That's what the frustration is, and the anger and hurt. They're signposts of what you need to deal with. And a great relationship will see both people working together to help each other grow towards their potential.

But I think another misconception I had growing up was that "˜relationship' also meant "˜permanent'.   So I take the loss of a wonderful, perfect woman pretty hard.   I see her moving and drifting away and it hurts quite a bit. It hurts a lot.

But it still hurts. I still haven't learned how to accept relationships as fleeting. I've heard the saying that people come into your life for a reason, a season, or a lifetime.   And I suppose I erred in assuming that this season was going to last longer. My own expectations did me in!

If you have a similar story or advice, I'd love to hear from you. I know this post was a little different from the way I usually write but I think sometimes just sharing the story has it's own benefits. It's own way of reaching out to people.

To Your Success,
Del