Oh, I do remember being a child. And I cherish those memories so much. I was one of the youngest children in my extended family. My siblings and cousins were older than me and that's a tough position for a child "“ I had to endure the older kids trying to spoil my childish fantasies with reality.

But I heroically defended the existence of Santa Claus against all arguments. After all, how else could the exact gift I had asked for in my letter turn out under my bed on Christmas morning? It was obvious Santa was real. I held my ground until the older kids got bored and found something else to do. 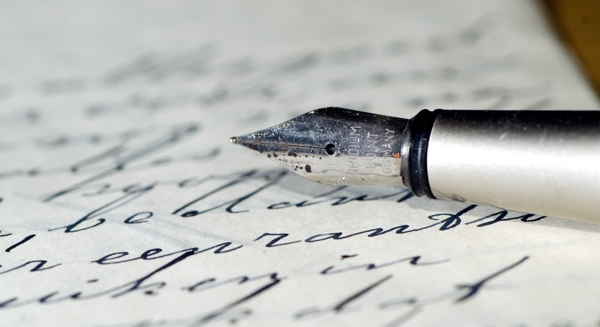 Creativity plays a major role in the way a child's mind works. The imaginative and limitless minds of children make Santa a concrete truth for them. For us adults, though, things are different. Santa became only a distant memory of a childish fantasy "“ and Coca-Cola's most famous spokesman.

But still today I find myself defending the existence of Santa Claus, and I think we grown-ups deserve a piece of the action. We don't need the sleigh or the fur-lined hat, be we sure could use the power of imagination we used to have as kids. Creativity and power of imagination are great tools for success "“ us grown-ups could surely use some of that.

Science shows us that we are the most creative and imaginative when we are kids. As we grown up, we slowly stop exercising that imagination muscle. Mostly because we are taught how things are "supposed to work", thus losing the need to use creativity and imagination to solve problems.

Is there a way for us to get that creativity back?

Our best bet is to connect to powerful, imaginative memories of our childhood "“ to go back in time inside our mind. Christmas is the perfect opportunity to do that. The belief in Santa Claus and the "holiday magic" we felt as kids could be the gateway into out childhood's creativity.

Write Santa a letter and reconnect with you lost creative power

Writing a letter to Santa Claus is a way to connect to your lost creativity while thinking about a specific problem. By allowing ourselves to believe in Santa again we can get into a more open-minded, creative state and, hopefully, see things from a different perspective.
There's a lot of science that supports a positive outcome of writing a letter to Santa. Here are a few scientific facts:

There are many studies that support the theory that kids are better at figuring out creative solutions to problems than we adults are. One of them is this study by Dr. Alison Gopnik from Berkley University in California. She found that "children may be better at solving problems when the solution is an unexpected one." She attributes the difficulties adults have in thinking that way to a loss of the wide-range inquisitiveness (curiosity) kids have. By tapping into our childhood memories and feelings, we just might be able to experience that creativity again.

2. Writing down your goals helps you achieve them

There's something else you might have heard: writing down your goals is also considered a great tool for helping you achieve them. The simple act of putting your goals into words in a paper can help you see your objectives more clearly "“ thus allowing you to better trace a path to achieve them. Dr. Gail Matthews from Dominican University in California ran an experiment that supported this popular theory. In the study, groups who wrote down their goals were more likely to achieve them.

3. Handwriting rather than typing on a device helps us think more creatively

There are a few studies out there that show the positive relationship between handwriting and brain activity. When we handwrite "“ rather than type "“ a whole different part of the brain is activated. A study conducted by Virginia Berninger, a psychologist at the University of Washington, observed that children would write more eloquently and even generate more ideas when handwriting.

How to write your letter:
Find a few minutes with yourself and sit down. Here are a few guidelines to help you maximize your experience:

Grab pen and paper. The letter must be hand-written.

Make an effort to get into the mindset of a child: don't be afraid to role-play. Take your mind to the beautiful memories of Christmas past.

Describe the solution you're asking Santa Claus for. You can't ask for something if you don't know what that something is.

If you want to go further, you can actually send your letter to Santa. The website Grown-up Letters to Santa was created for that purpose "“ but it goes beyond. It leverages the creative power of a collective child-like mindset to get people to help each other. Submitted letters are on display so other people can comment, share resources and give advice.

"To accomplish great things, we must not only act, but also dream; not only plan, but also believe." Anatole France
While Santa is truly real for our children, simply writing him a letter just might bring him back for us grown-ups.

Leo Borges is a professional creative working in advertising. He believes creativity can save the world and shares his creativity secrets on TheProfessionalCreative. He also created GrownUpLettersToSanta with the mission to bring creativity (and Santa Claus) back to grown-ups.