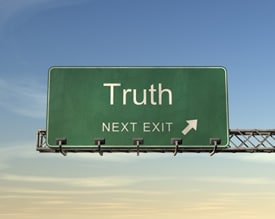 The art of honesty

It's easy to say be honest and open with everyone but there is an art to being honest.

I remember when I was about 19, I was dancing with a girl in a nightclub, (that was back in the day when you just went up to a girl and tapped her on the shoulder and she was obliged to dance with you). I was talking away to her, just general chitchat. I then asked when her baby was due, as she was obviously pregnant. She looked at me and asked me to repeat what I had said, obviously the music was too loud, I then asked her "˜When is the baby due?' looking toward her stomach. She glared at me and said "˜I'm not pregnant, I'm just ******* fat' and she then stormed off. Now that was embarrassing. What did I learn from that? "“ Never ask a fat woman if she is pregnant! Yep, but I learned to keep my mouth shut until I was sure of the facts else a swift kick between the legs could be on its way. That wasn't about honesty it was about diplomacy and tact and it ties in nicely with the art of honesty.

Why being honest is important

Practising honesty with yourself 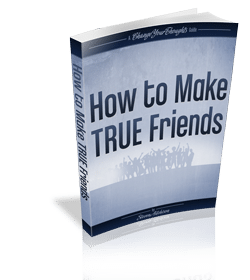 To practise honesty you have to start being honest with yourself.

There are many questions to ask yourself and ask you must to ever have self-respect.

Practising honesty with others

Once you are comfortable telling yourself the truth it is time to tell others in a way that is neither offensive or hurtful.

Q. Do I look fat in this? "“
A. It's not the kind of thing I would wear, now unless they have a very low IQ they will know what you mean here but without hurting and embarrassing them.

Q. Can you to take on another project? "“
A. I would love to work on that, however I want more time with my family and I am already working on "¦"¦"¦"¦"¦This is being assertive which goes hand in hand with honesty once you have practised honesty for a while.

I am sure you can think of hundreds of scenarios where you have to tell the truth but feel a little uncomfortable doing it. If you shy away from telling the truth or standing up for yourself practise little by little. Once you've overcome the first honesty hurdle the rest become easier.

If you want more respect for yourself and you want others to respect you it is important for honesty in your life.

There are two rules I would use when being honest: