To a certain extent, I believe we have all been unfairly judged before, and because it is not something we can avoid, it pays to learn the steps necessary to beat prejudice. Even more so when the antagonist is our new boss or mother in law. While I'm not going to lie to you and say it's easy, choices are, at times, not a luxury we own. In any case, here's how it could be done. 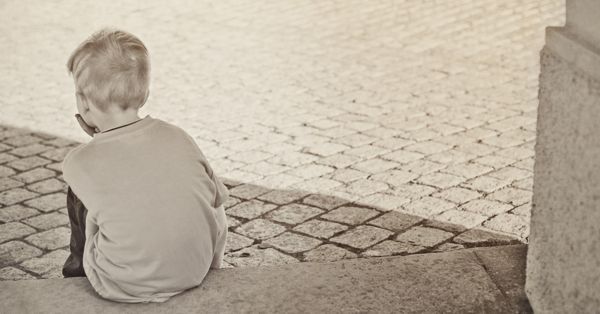 First of all, he or she does not hate you. Having prejudice towards another is not a choice made by the other person. It is mostly a subconscious act that is based on false ideology and interpretation that were cultivated since young based on personal experience, influence of the media and hearsay. If there's anyone who is at fault, it is we who are too easy to generalize people in terms of race, gender, ethnicity and sexual orientation. So, instead of playing the blame game which only make matters worse, try and be tolerant.

It's all too easy to let your emotions get carried away. After all, it's certainly not fair for us to be judged on things we hardly have any control over.   Make sure to always keep in mind what you want, and ignore any emotions that may hinder such progress.

What I often do is keep smiling and be nice to the person. This often works like a charm. Sure, we don't owe them anything. But if you want their acknowledgment, this is the only road to take.

4. Understand what is expected of you

Now you may wonder, if it's not hate, then what is it? He sure did make life harder for you, but that's something we all have to deal with at some point in life. To get past the bias, try to look at it as someone who expects more from you than what he does of others, which is true. Don't pay any attention to the little things. To find acceptance, you must first focus on what needs to be done, and that is; understanding what is expected of you and constantly perform beyond his expectations.

There is no one, I dare say, that does not want to be acknowledged. Even so, when the person involved plays an important role in our life. But, no matter how important he may be, you should never be desperate for acknowledgment. Think of it as being in a romantic relationship. It is never advisable to be needy, right? The same goes for getting past the discrimination.

If there's anything you should avoid, it is making mistakes. It will only worsen their judgment on us as it confirms what they have in mind toward us, which is not something we want to be associated with. If you do, however, make mistakes, apologize immediately. Try not to give excuses for your mistakes as it does not help and can make things worse.

This is where it matters most. You need to work harder so that you can constantly surpass their expectations. Always remember, the first one is a fluke. And so is the second one. The third is where things really start to count. And after some time, usually, the prejudice will slowly fade.

Don't get disheartened when things persist. The key is to be patient. Unless he hates you, sooner or later he will realize that his judgment and bias is incorrect . But until that day comes, be persistent.

9. Kindly tell them if it persists

I would only recommend this as a last resort. No one likes to be called a racist or sexist, directly or indirectly. We all feel the need to be seen as someone who is fair. Especially so when the relationship is a professional one. But if you must, do so in a kind manner or things will only get uglier.

Instead of hanging on to the cliche that life is not fair, I always try to look at it as a trial or challenge. This works well to keep myself in a positive attitude. Since there's no changing how hard life can sometimes get, it is better to change our perspective on things.

Nik Karlil is the main writer for Personal Development Pro. A Personal development blog that focus on the making of an independent, strong, simple and happy individual. Though his blog may sound boring and lame, he is indeed trying very hard to crack jokes from time to time. And to demonstrate his sheer awesomeness, his favorite post of all time is How To Be Interesting...