I want to address something that might help those who are having some fears about expressing their creativity in life. I truly believe that all of us, deep inside, have a loving, creative voice that is dying to come out and be expressed. Most of us will keep that voice suppressed perhaps even throughout our entire lives, allowing our fears to gnaw at any opportunity that arises to express it.

1. Find a unique voice of creative expression inside you 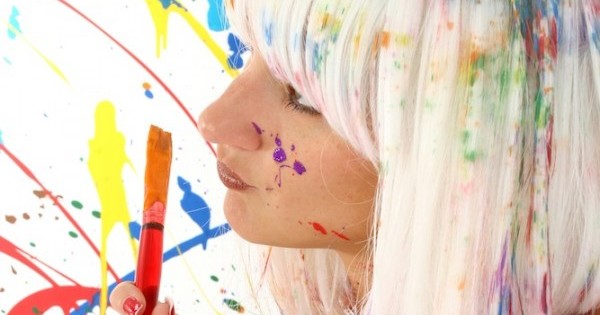 Some people long to express themselves creatively by writing, speaking, dancing, signing, playing a sport, cooking, or a million other things which they feel passionate about. The biggest reason we are afraid of this voice is because it is very creative and very original, and our fear is that it is not good enough.

It is easy to express ourselves in ways which have already been done before and proven acceptable; however it is much more difficult to do it in original ways. Because of this, a lot of us settle in life into become emulators, where we copy what others have done and stay within the boundaries of what we perceive will be acceptable to others.

It really seems that anyone who really connects to their inner voice and expresses it in whichever ways they are good at, sooner or later need to face these critics that seem to feed off of seeing people give up on their dreams. I have a strong suspicion it makes the critics feel better about themselves and helps them to feel better about their own low self-esteem.

2. Accept that critics are everywhere

It seems that anyone who decides to go out there and try something, and do something with their lives besides just sitting like a lump in front of the television always has an entourage of critics who try to pick them apart.

The advice I'd like to offer is for people to anticipate and to expect these critics to show up in your life the minute you decide to DO SOMETHING, and just ignore them when they do. If your intuition is telling you to do something, and it feels great to express yourself wherever your talents lie, just do it.

Don't be afraid to work on your personal development and challenge yourself everyday. Don't worry about the critics. They will come, they will criticize, and then they'll see if you react. If you don't, if you just ignore them, they will go away and move onto someone that will react.

Reduce the amount of criticizing you do yourself

Try not to judge people and criticize them when they try to do something with their lives. If someone is thinking about starting a new business, or taking up an art, or learning something new, or quitting smoking or starting a new diet, or whatever thing they feel inspired to do, try to support them instead of criticizing.

By reducing and hopefully one day eliminating the amount of criticizing you do yourself, you will reduce and eliminate the amount of people criticizing you as well. If you really take the time to accept people and their ideas, you will find that a lot of them are quite brilliant and people will start to trust you as a person they can confide their ideas in because they know you're not an idea squasher.

There is no failure, only feedback

In the meantime, however, I really want to encourage anyone who has a talent they feel intuitively motivated to express to just go for it and ignore the critics. Let them do their criticizing, so that they feel better about themselves for sitting around and doing nothing short term. There is no point arguing your point with them because it is not your talent they are criticizing really, it is their own fears they are afraid of.

When they see you doing something, it makes them feel guilty for not doing something themselves and that is why they usually attack. They try to discourage you from succeeding, because if you succeed it makes them look bad and eliminates their excuses. In fact, it is usually when you do something that you will be successful at that you'll hear the most criticism because it elicits the most fear from the critics.

Think about all the critics that Bill Gates had to listen to, the Wright Brothers, Google, Amazon, eBay, Edison, Einstein etc. Don't let the critics slow you down, don't let the idea squashers impede you, just ask yourself "What have they done?" and keep moving.

Remember that most people won't criticize you for being small, for doing nothing, for being average and hanging out doing nothing, but the minute you turn to DO something the critics will begin showing up. Don't let them stop you. It might not be easy at times, but if what you want to express comes from the loving creative force inside you, it will be worth it.

Patrick Banks is a Berlin based writer with over 5 years of experience providing self-development advice. He is a fierce optimist who believes in the power of making life happen. He shares his opinions on his self-improvement blog Wingman Magazine.