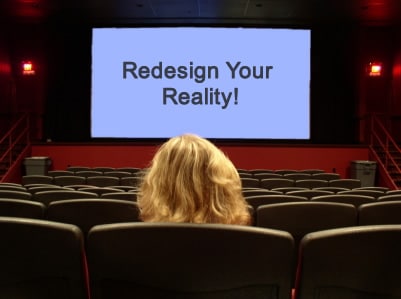 When it comes to changing our life Some people are convinced we create our own reality by focusing on what we desire with strong emotion. Others are just as convinced that that idea is New Age nonsense.   But regardless of which position is valid, it is unquestionably true that we literally create new possibilities in our lives"”a brand new reality"”by eliminating limiting beliefs.

Let me give you an example.   Assume you had the beliefs: I'm not loveable. Relationships don't work.   Men/women can't be trusted.

With these beliefs, what are the possibilities that you could have a really good, nurturing, long-term romantic relationship?   "¦ Slim to nil, right?

This is one of the most powerful consequences of eliminating beliefs: You not only change your behavior and feelings, you actually change the reality you live in.

Here's another example.   Let's assume you held the following beliefs: You have to work hard to make money. I'm not deserving. I'll never have enough money. /There is never enough money. Money is a struggle. Life is difficult. Your reality with those beliefs does not include the possibility of acquiring wealth easily, if at all.  Without those beliefs the possibility comes into existence.

The possibilities that exist in your reality are defined by your beliefs. When you say something is impossible it actually becomes impossible for you. If you believe Life is difficult, you will experience things not going the way you wanted them to go as upsetting obstacles rather than exciting challenges.   If you believe I'm not capable or I'm not competent, would you likely try to do something you believe you can't do?   And if you tried, do you think you would succeed with these beliefs?

Even the environment in which an organization operates is largely a function of its beliefs.   When I do workshops for CEOs I tell them that the biggest barrier their organization faces is not in the world (competition, government, costs, etc.), but in the minds of their employees.

For example, if most of the people in a company believe that something is impossible"”such as outsourcing, raising capital, finding qualified new employees, or reaching a certain sales or earnings target"”that belief becomes a self-fulfilling prophesy, because the employees will operate according to a reality consistent with their beliefs.   If something is impossible, there is no sense in trying to do it.

Notice that you don't have to do anything (other than eliminate the belief) in order to create a new possibility and literally change your reality.   Your reality changes automatically after the belief(s) has been eliminated.

As amazing as that is, another remarkable thing occurs: When fundamental changes in our behavior and feelings occur after eliminating a few beliefs, we usually are not even aware of the change.

Our Reality Changes Without Us Even Noticing It

One of the most dramatic examples of that fact was when I once asked a client whom I hadn't talked to for a few months about her sex life.   She replied, "It's fine, why do you ask?"   I read to her from her file the details of her lack of interest in sex that had plagued her for years, which she had related to me just a few months earlier.   She was flabbergasted.   "I totally forgot that that's how it used to be.   My new feelings and behavior now seem so natural and automatic I just take them for granted."

It's so easy to create new possibilities for yourself.   What are you waiting for?

If you haven't yet eliminated at least one of your limiting self-esteem beliefs using the Lefkoe Belief Process go to http://www.recreateyourlife.com/free where you can eliminate one limiting belief free.

If you haven't yet eliminated at least one of your limiting self-esteem beliefs using the Lefkoe Belief Process, go to http://www.recreateyourlife.com/free where you can eliminate one limiting belief free.
To read more of Morty's articles about beliefs, visit his blog where he posts weekly, http://mortylefkoe.com.