I  have long disbelieved the scientists who state that global warming is a major
problem and is a major concern for our civilisation.     I can't
quite get my head round why the politicians would jump on this and lie, knowingly
or unknowingly, about the global warming phenomenon but I can't believe
it is complete ignorance. 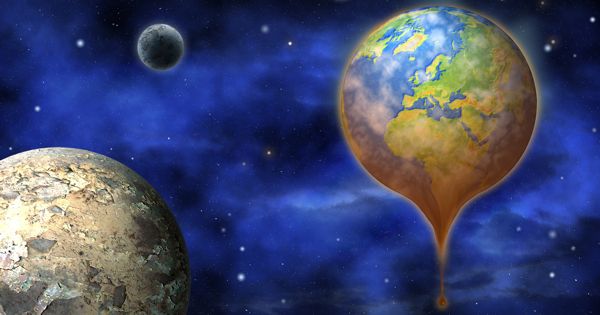 Why do I mention this on a personal development site? personal
development is partly about listening to yourself and about trusting your instincts
and not believing everything we're told.   My instincts tell me that this
global warming debate smells a bit suspicious, so I have done my own research
over the last few months.

I know this might be a hot topic just now and my own research
is limited but I have learned a lot more in the last few months than I did
in the last 5 years listening to scientists and politicians preaching about
global warming.

The whole crux of the argument lies with three phrases:

Let's take a quick look at them:

We've all heard that the earth is heating up, the ice is melting, the
seas are rising and our kids will all be getting a boat to school instead of
a bus.   Who on earth says that this is true?

It is true that the temperature of the earth is rising; however it has only
risen by about 0.6 °C in the last 130 years.   The only reason we know
this is because that is when records of the earth's temperature began
being recorded.   What about before 1880 when there were no records? I
am sure it had risen by at least 0.6 °C 130 years previous to 1880.   Also
what about the accuracy of recording equipment back in the 1800 and 1900s?

It is not known by how much our earth has been heated by CO2 effect.   The
hypothesis banded about are just that; hypothesis.   Many people take a
hypothesis by a scientist as fact when in truth it is a current belief that
a scientist has and has not yet proved.   So remember when you next hear
a scientist speak he/she will say something like "˜it is our hypothesis,
it is our belief, we believe' they are really saying "˜we are taking
an educated guess'.

CO2 is a good thing for the planet and without it we just wouldn't be
here.   Nature exploits CO2 to the max and feeds our global crops, feeds
the forest, feeds our life.

CO2 does heat up the earth.   The estimates vary depending on which hypothesis
you listen to.   I don't think the figures are worth quoting as they
are estimates based on a hypothesis which equates to a guess.   The simple
fact is nobody knows how much the earth is heated due to CO2 emissions.

But we humans are increasing our CO2 emissions and that's really bad!
We humans only emit about 3.5% of all CO2 emissions (another guess) but it's
not as much as the politicians and scientists would have us believe.  CO2
is created naturally by the sea, dead animals, coal, rotting vegetation etc.   So
if the figure of 3.5% is to be believed there is very little that we can do
to change the CO2 emissions in the world.

The actual term' greenhouse effect' is misleading, it suggests
that there is a barrier for heat escaping, which gives rise to the belief that
if greenhouse gases are trapped the earths temperature rises.   My understanding
of what happens is that the gases do indeed keep the heat but also allow for
the transfer of heat by currents in the atmosphere (convection), a greenhouse
does not allow this.   I have not fully grasped the greenhouse effect

Lessons to be learned

If any lessons are to be learned from the "˜global warming' debate
it is that the debate is based upon hypothesis and figures that only goes back
to 1880.   If we had figures going back to 0001 then we might have something
to debate.   However there is nothing to debate, there is only studying
to be done and that is essentially what is being done just now, it's
just that some hypothesis have leaked out whilst the studying is still underway.

What I have written is a much shortened version of what I have learned thus
far and I am by no means a scientist, nor do I claim to be.   However it
is clear to me the obviousness of what I am stating above and that is "˜We
don't fully understand about the greenhouse effect, global warming or
what an increase in CO2 means'.   It is also clear that politicians
have jumped on a bandwagon to increase their vote count.   We are being
preached to because we are ignorant of all the facts and we don't want
to learn the real facts as it is too complicated.   If there is debate
within the scientific community it means what is being preached is not fact.