A few years ago, I went through a tough breakup. There were multiple contributing factors as to why it was so rough on me, but overall it hurt because everything felt like it was coming together perfectly in my life. I had just left a horrible job for my dream job, I was in excellent shape both emotionally and financially, and I really saw a future with this woman.

How It Went Wrong 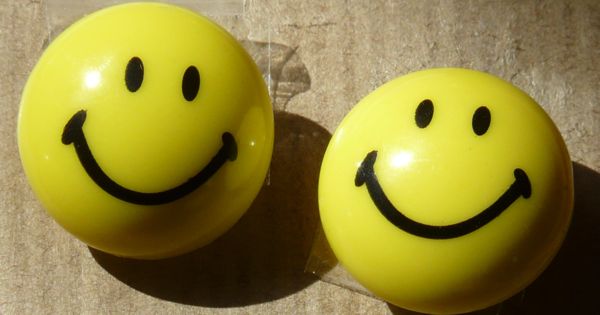 She left for a week-long vacation to her parent's villa outside of the country. We didn't talk, but that wasn't out of the ordinary since she was out of the country. She was due to return on Saturday. When Sunday rolled around and I hadn't heard anything, I was able to remain focused, thinking that maybe her flight was delayed or she was busy unpacking and didn't have time to call or text me. By the time Tuesday rolled around, I became concerned. I had called once since Saturday and texted once or twice as well. I didn't want to appear needy, but was concerned about not hearing anything from her.

I sent one more text, letting her know I was getting worried. At this point, a seed of doubt entered into my mind. She replied later via text, apologizing for being distant; she said she'd been thinking a lot and that we needed to talk. The seed of doubt quickly sprouted into a small tree.

That night she called and told me that things between us wouldn't work out. She just wasn't invested in the relationship. I was crushed. I don't remember sleeping that night. I just remember laying down crying… and still crying in the morning. The next few weeks were rough.

The Process of Over-Analyzing

For the next few days, she and our relationship were on my mind constantly. Did I do something? Did I not do something? As a typical person on the receiving end of a breakup, I thought there was something wrong with me. I couldn't fathom at the time that sometimes things just don't work out. It's not one specific thing or event, it's just life. Knowing that I needed to stop the negative thinking, I had to find a way to get past this hurt.

Everything I tried was short-lived as the negative thoughts quickly raced back into my mind. Then my sister sent me a text video message of my niece. She was just learning to talk so she would say things and have her repeat them. The video was only about a minute long, but at one point, my sister asked my niece to say "Abraham," the name of their cat. Without hesitation, my niece said, "Ham".   My sister repeated, "Abraham" and my niece again said, "Ham." I started to laugh uncontrollably.

Finding the Way To Be Happy

I quickly realized that that video was the key to getting the negative thoughts out of my head. Every time I would start to think negatively, I would play that video and replay it until I was no longer thinking negatively. Some days, I would play it in a loop for minutes at a time.

I found that when I was laughing and smiling, I would have a brighter outlook on things. I knew that the breakup was for the best and even acknowledged for the first that there were some things missing in the relationship.

As the weeks went by, I needed to rely on that video less and less. I began to think more positively and believed that things were going to be all right in the end. And they have been. While I stayed single for some time after that, I eventually jumped back into the dating pool. I had a few more failed relationships, but am now overjoyed that I found the love of my life.

Grieving and questioning things is a natural part of life. When we question things, negative thoughts begin to enter our minds and consume our thoughts. If we allow those thoughts to take hold, we become more negative and have a bad outlook on life, which just reinforces more negative thinking. The key to avoiding negative thinking taking hold is to find something – anything – that puts a smile on our face.

Remember the great things you have in this life. I'm sure if you looked hard enough, you could find many things to be grateful for in life, regardless of how big or small they are.

Learn to focus on these positive things and do your best to ignore the negatives. It will be tough at first, but with time and practice you can master a positive mindset. Remember, we all move through difficult times at different speeds. If you try to force your way through it, it will feel unnatural to you. The key to getting through difficult times is to do our best with refraining from negative thinking and finding any way to be happy.

Don writes about positive thinking and the importance of living in the moment on his blog www.BreathOfOptimism.com. There he teaches readers how to find the positive in every situation in life, no matter how minute it might seem. The more positive we become with our thoughts and our actions, the more fulfilled and happy we will be.