Back in September 2012 I gave up my full time job to become a full time writer/internet marketer, which is just brilliant.   However there is a downside:

It means I am sitting at my desk all day and getting little exercise except for walking the dog in the morning and doing a 15 minute workout routine.   My weight whilst I was working at a full time job was sitting at around 15st (210Ibs), until I started my workout routine in the mornings and cutting out a lot of the crap I ate, especially bread, and I managed to get down to around 14st 8Ibs (204Ibs).   For months, after giving up my full time job to go full time online,  I stayed the same weight, but wanted to get fitter and lose a little more weight.

At the same time Sharon and I had been talking about spending more time together and were thinking about activities we would both enjoy together.   Among the activities we thought about were cooking classes, and ballroom dancing (I know 🙂 ).   After searching online I proposed something called Bikram Yoga, yoga classes you do in temperatures of 42 degrees with 40% humidity.   It would effectively mean we could do this together and get fit at the same time – result! 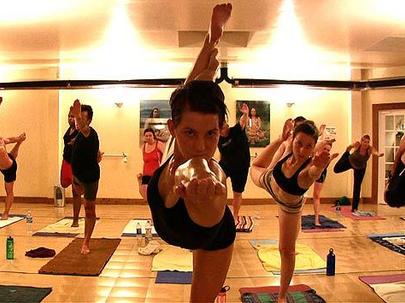 On July 7th this year we went to our first class at Bikram Yoga in Glasgow.   Little did I know that I would feel so close to dying (slight exaggeration there).   I nearly passed out twice in the first class and had to leave the room twice (this is frowned upon in the Bikram Yoga world), but our instructor, Toby, from France, was really good and didn't mind.

However, after going a few times per week, Sharon and I were hooked and we have been going 3-4 times every week ever since, and getting to spend an extra 16 hours per week together, and we're loving it.

After a few weeks of going to Bikram Yoga I lost around 2Ibs of weight and was consistently around 14st 6Ibs.   If I lost 1 Ib per week every week for a few months I would have been happy with that.   However I wanted to get rid of the belly quicker than that.

So, in the middle of July I started looking at new ways of eating, something that I could do for life and not just go on a fad diet, only to pile weight back on after finishing the diet.   By chance there was a program on TV called 'Fat, Sick and Nearly Dead' and it was the answer I had been looking for – going on a juice fast.

You can watch the video here:

I promptly started doing more research and found out everything I could about juicing.

I bought a few books which were not that good and then I remembered a friend of mine, Farnoosh Brock was into juicing.   It turns out she has written a best selling book on it called The Healthy Juicers Bible.   She sent me the book and it was perfect and had everything I needed to get going with my juice fast.

I then needed a good juicing machine, which Farnoosh talks about in her book.

There are masticating juicers, centrifugal juicers, cold press juicers, twin gear juicers, single gear juicers – the world of juicing machines is vast.   So it was back to research again.   I spent a total of 8 hours researching and whittled it down to about 5 juicers, so I checked all the reviews and eventually found one I was happy with. 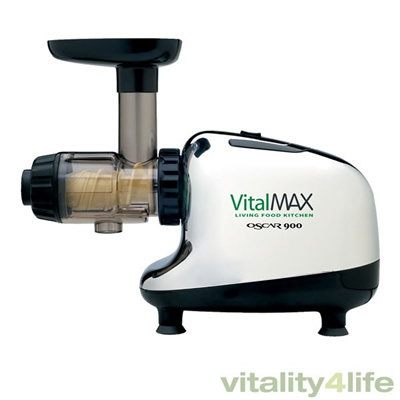 I have been using it for 6 weeks and have to say it is an excellent juicer and I am so glad I did the research and listened to Farnoosh's advice on getting a masticating juicer.

I decided to go on a juice fast for 5 days, meaning I would eat nothing and only drink the juices I made for 5 solid days.   It wasn't as hard as I thought it was going to be, and after 5 days I had lost 6Ibs and was down to 14st (196 Ibs).   So I decided to continue the juice fast for another 5 days, all the while getting advice from Farnoosh via email (huge thank you for that Farnoosh :)).

The strange thing I noticed with juicing was that it can be tough going without food, but I managed to change the way I thought about food.   I now see it as a source of fuel and not a source of pleasure, which is huge.

How to continue losing weight

After the 10 day juice fast I was wondering how to continue with juicing in a less extreme way and thought I would go on a mini juice fast a few days every week.

Then, again by chance, I came across this documentary from the BBC about intermittent fasting which you can watch in it's enitirety below:

WARNING: Some very ugly before and after photos

Here are the images I took after doing the Bikram yoga for a few weeks, so it was worse before the yoga :), they're not pretty, so be warned. 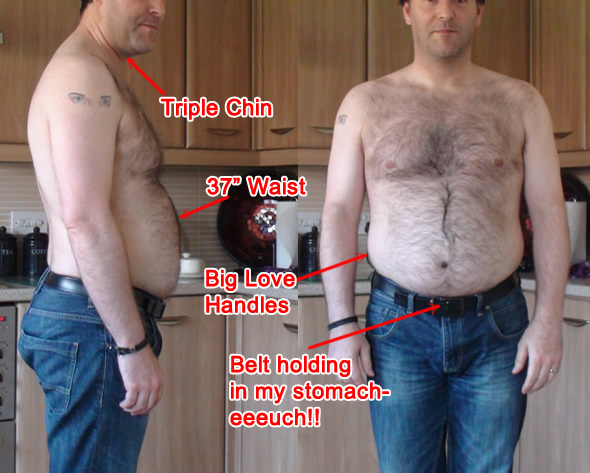 Here is the photos, taken on the morning of 9th September 2013, again not the nicest of photos, but it does show how much of the belly I have lost. 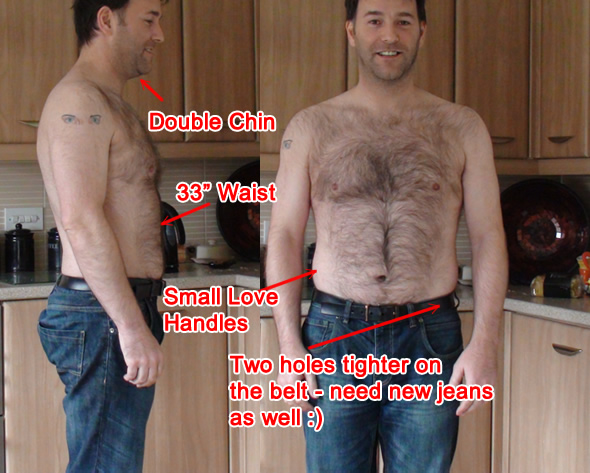 I feel much healthier, more energetic and the yoga is no longer killing me 🙂

I have continued the juicing, the intermittent fasting with juicing, and continue to love Bikram yoga and even better I get to spend much more time with Sharon.

My sons kept on asking about the Bikram Yoga so we took them along to a session on Sunday just to let them try it, here is a quote from Lewis (who is fit going to boxing and rugby 3-4 times per week):

'That is the hardest thing I've ever done, and I'm fit'

Bradley, who plays football,  says 'I was knackered after the first few exercises, but it was good'

My target weight is 12st 12Ibs, so another 7Ibs to go.   However I don't really care when I reach that as long as it's in the next few months.

Okay, that's it for this epic post, I hope you enjoyed it.

Any questions on any aspect of this just leave a comment below.