A letter to BT Plc about the appalling treatment of customers.

Due to a monumental screw up by BT Plc I have not had internet access for 10 days, So I am back again and just setting a schedule for posting.

I was supposed to get my telephone number changed with BT as I wanted on old number back and instead of changing the number they decided to cut my line off instead which cut BT broadband off and Cut off the BT Vision off as well.   So I called customer service, quite angry, and after being passed around 5 different departments   was advised that the line had been cut off, duh!.

When I asked what they were going to do about it, they advised they would get me back on in 7 days time.   By this time I was fuming so I asked to speak to a manager and got a   Miss R Nelson who apologised and all that and promised me my line would be on within a day but the broadband was going to be 1 week.   Again I complained.   Miss Nelson advised she would call me within a few hours.   5 hours later and I received a call from a customer service advisor saying miss Nelson was away for the day and advised me she could not put the order through that day as there was some kind of problem.   I was then promised a call back in the morning which did not come until the afternoon and was told the Broadband would be going on for the 17th June. 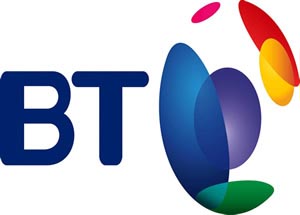 I waited another day for the line to go on and nothing.   So I called and spoke to someone from India who advised me the line would be activated on the 17th, I advised I was told that the line would be activated on the 10th June and wished to make another complaint to the telecoms body and wanted the telephone number I was then given a telephone number of 0800 800152 which I know to be the business department and certainly not complaints, when I queried this the girl from India assured me that this was the number for complaints and then promptly hung up on me.

BT, if you monitor the net to find out what people are saying about you then I have this to say:

"Your treatment of your customers is an absolute disgrace and I am appalled at the customer service I have been given over the last 10 days.   Instead of laying off 10,000 employees I suggest you get back to basics and make customer service a priority where people actually own the call and we do not get the 'BT Shuffle'.

You have a fantastic product in BT vision, your Broadband is a mess with your capping of download rates, your phone lines are always reliable, but please invest in your own people and give customers what they want and need from you or your share price and your place in the market will disappear fast."