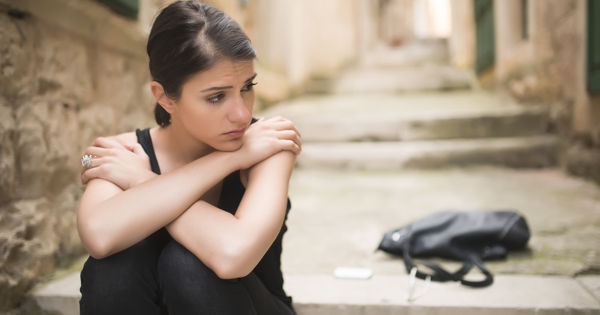 From personal to professional, for relationships or partnerships to work, I've found that a natural flow of giving and receiving is essential to building trust and nurturing growth. There will be times in which one person may be counted upon to hold it all together for the both of you.   But isn't that what a strong relationship does?   Support one another for the greater good of the other"¦and for THE greatest good overall?

In truth, a healthy relationship can be counted upon to help each other out during those moments of struggle. In a healthy relationship, you'll find that overcoming challenge is possible and in fact, healthy relationships often DEEPEN and become STRONGER after getting through struggle together.   This is one of the most valuable take-aways, I've learned from Harvey Deutschendorf, Emotional Intelligence Expert.

Like anything else in life, having, holding and growing a relationship is an active and positive skill to nurture if you want it to be successful and long lasting.

Recognizing the signs of unhealthy behaviors in a relationship is important before they become your "norm""”eventually finding yourself drained and numb because of someone else's poor relationship skills.

What to look for in unhealthy behaviors:

2. Find blame and excuses with ease

They'll likely never own up to their part in any sticky situation, but they stand ready to point a finger at anyone and anything else and find fault with it. Finger pointing, blaming and excuses are natural to them and seems to roll off their tongue.

Communication feels heavy when you have a chance to talk with them and you find that they're unable to have a real and deep conversation WITH you.   In fact, it's more like they're talking AT you…telling you what they want and why it's important (even vitally necessary) but rarely take you, nor your time, nor your own priorities into consideration.

They tend to never trust anyone (including you, even if they never told you they don't trust you).   So, any decision they make is made with certainty that they won't have to leave their comfort zone, nor risk that their "true colors" of fear, insecurity or even reactive behavior is ever exposed.

They find themselves having extreme difficulty celebrating anyone other than themselves.   They'll even put someone else down only so they can appear greater themselves.

They'll lie and twist the truth solely to protect themselves and control any situation without a care for anyone else (least of all you"”especially if you've proven to be one who won't accept anything better for yourself).   Even worse, you may eventually find yourself second guessing yourself and your own memory of past experiences because they manipulate and lie so convincingly.

If they're surrounded by healthy and authentic individuals who are comfortable in their own skin, they'll feel frustrated and make any excuse to remove themselves from that environment (and quickly).   Instead of living, giving and sharing from a place of love and authenticity, they'll feel suffocated by those who do and will find any reason to never have to socialize with them again (and they'll do all they can to keep you away from them, too).

8.   Life is a flow of unnecessary drama

Your day-to-day is unsteady because you never know when they'll bring up the drama (with you or with others).   There is an uneasy feeling when they're in the room with you and you feel like you're walking on eggshells fearing what to say or do next because you don't know what will set them off.

Unhealthy relationships will take a toll on you and your personal health. You'll constantly feel drained around the the people who practice unhealthy behaviors…and that drain can turn into serious health issues.   Pay attention to the signs and make the conscious choice of either accepting or rejecting the relationship with an open heart and mind before it fogs your mind and becomes your "norm."   You deserve more and the moment you take a stand for what you want you'll stop being such an easy target for their bad behavior.

Maria Flynn is the Operations Manager for Your Digital Formula, the owner of OneWiseLife.com and co-founder of Mojo Mastery.

With over 219K Facebook followers and a daily Facebook show reaching over 25,000 people weekly, Maria has fostered a dedicated fanbase spanning the globe.

Maria's finesse to utilize social media to build online tribes and authentic connections in this digital age has helped her reach the hearts and minds of successful online entrepreneurs and self-motivated individuals to take solid actions to connect, network and experience growth on all levels from personal to professional. Maria believes that social media is a powerful tool for heart centered entrepreneurs to grow their business and change the world. For Maria, living life with meaning and purpose is not only fulfilling, it is your unique spiritual expression of the Universe and why you're here.