"Change your thoughts and you change your world."
~Norman Vincent Peale

There are far too many layers of cognition (thinking, knowing, remembering) to sum up in a short blog post. I only hope to provide some quick information that is easy to read and digest. I'd like to touch on a few useful examples instead of definitions, statistics, or clinical terminology.

Cognitive Bias  is defined as a pattern of deviation in judgement, whereby influences about other people and situations may be drawn in an illogical fashion.  Cognitive bias is a general term used to describe many observer effects in the human mind, some of which can lead to perceptual distortion, inaccurate judgment, or illogical interpretation. 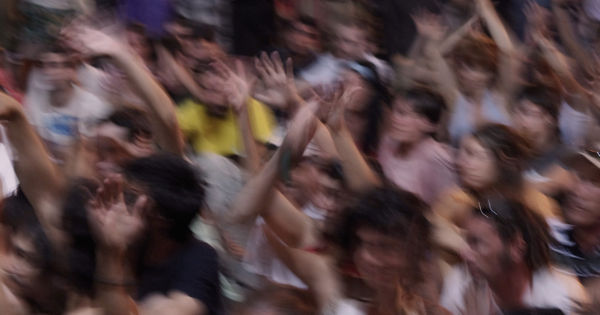 In layman's terms:  A gap in between how we should reason and how we do reason.  Thinking irrationally – judging or favoring a person, group, or thing in an unfair way.

As much as you may not notice them, biases are ingrained into our decision making from birth. Biases are one of the more interesting phenomena of evolved mental behavior.  The brain has evolved to make us believe that we're special, valuable, and capable.  Biases  help you to feel unique and overcome the strains, struggles, and challenges of your life.  Biases help you to avoid second guessing yourself or feeling like a fool.  We are biased in a variety of areas: from bias to live in certain climates and temperature ranges, to seeking out certain types of foods and tastes.

You can imagine the potential time pressures that our ancestors faced.  The ability to make split second decisions is essential for survival.  The speculation is that biases evolved in part to help us decide quickly and effectively; to quickly sample the information available to us and to focus on the bits relevant to our current task or situation. In short, biases help guide us and keep us safe.

Research into human judgment and decision making over the past 60 years in cognitive science, social psychology, and behavioral economics has established an ever increasing and evolving list of cognitive bias.  There is a non exhaustive list of over 100 cognitive biases on Wikipedia. Although cognitive biases help us to feel amazing about our capabilities and self image, they also have their drawbacks.  They lead to poor choices, bad
judgments, and erroneous insights.

Biases emerge from a diversity of mental processes that can be challenging to pinpoint. These mental processes include heuristics (problem solving mental shortcuts  ), framing (presentation), mental noise, moral and emotional motivators, and social influences.

The goal is not to completely remove your biases,  but to become aware and adjust for them.  By recognizing that you're thinking is subject to influence, you can work towards a higher level of control.  You can simultaneously correct and broaden your perspective.  It's actually quite amusing when you start noticing and challenging your own biases and untwisting your perceptions.  The danger of not becoming aware of your biases is to think that you're always right.  It is vital to notice that the world looks different for other people.  Dropping our biases enable us to listen and connect to each other much more effectively.

While this is slightly tongue-in-cheek, these are a few biases that are fairly consistent among people. It doesn't take long to spot yourself using these and adjust for them.

"The tendency to look for or interpret information that confirms your preconceptions."
You want to be right about how you see the world.  Your opinions are a product of constantly seeking out information that confirms your beliefs, while disregarding contradictory information that does not.  You like to be told what you already know, so you apply a filter called confirmation bias. Your brain is helping you confirm that you've made the correct choice. (and you have by reading  my blog) Focusing on certain things can help prevent us from being lost. Confirmation bias it is essential to piece together a coherent world.
Visiting political websites that hold the same opinions, watching a news channel that tells you what you want to hear, keeping company with people that hold the same beliefs as you – are all examples of confirmation bias.
These preferential behaviors keep you comfortable and avoid cognitive dissonance.  The internet has increased this behavior.

If you've ever purchased a car, you may have started to notice the brand you've chosen everywhere you looked. While researching and after purchasing an Infiniti G35, I was seeing them everywhere!

"An implicit memory affect in which exposure to one stimulus influences a response to another stimulus."
Priming is an exposure to something that effects your later behavior in some way, without you being aware of the earlier influence.  Unconscious priming effects can be very noticeable and last long after you've consciously forgotten.

Craving Italian food after watching "The Godfather", walking slower after thinking about the elderly, being more argumentative after seeing "A Few Good Men", having more patience after reading words that have to do with politeness – are all examples of priming.

Priming can be as simple as you reading the word  table  in your news feed, and if asked later to complete a word starting with  tab, you're more likely to answer  table  because you have been primed. This is also why when someone asks you for a word related to  blackboard, you're likely to choose  classroom.

"Reacting to a particular choice in different ways depending on whether it is presented as a loss or a gain."
You routinely come to different conclusions about the same problem, depending on how it's presented. Perception of loss or gain drives human decision making in every aspect of our existence. You avoid risk (risk aversion) when a negative frame is presented, but seek risk (risk seeking) when a positive frame is presented.
Language plays a key role in framing and can evoke completely different reactions to something. Responding differently after hearing "Obama Care" as opposed to "The Affordable Care Act" or "Global Warming" as opposed to "Climate Change" – are examples of the framing effect.

I'll leave you with the following experiment on framing by Amos Tversky:

They offered the same scenario to another group of participants, but worded differently:

If option C is taken, then 400 people die
If option D is taken, then there is a 1/3 chance that no people will die and a 2/3 probability that 600 will die
In this group, 78% of participants chose option D (equivalent to option B)

It is beneficial to be aware of the processes influencing our judgments. Having background knowledge on how the mind actually works is essential for logic, reasoning, argumentation, and critical thinking.  It also allows us to be aware of manipulation and influence by others on these biases. (marketing firms, political campaigns).

Cognitive biases are also related to the persistence of superstition, to large social issues such as prejudice, and they also work as a hindrance in the acceptance of  non-intuitive  scientific knowledge by the public.

I'm the crash test dummy of happiness. Testing what works, so you don't have to. Join me and learn exactly how to improve your life. Period. You can reach me at BobDempsey.org