You've probably heard how the Law of Attraction can help you attract all your desires and wishes in life. But how come a lot of people who use it still can't manifest the life of their dreams? The simple answer is that they've been doing one or more of the following… 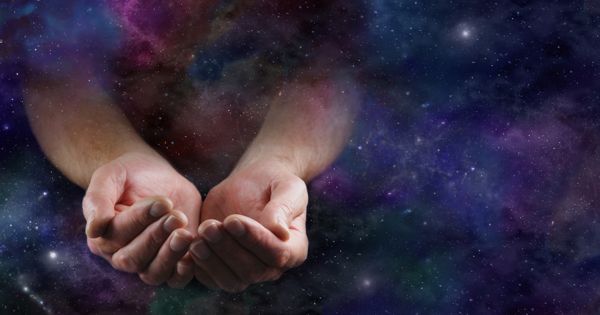 Mistake # 1: They Change Their Mind All The Time.

One moment they're manifesting a BMW, the next day they want a Cadillac. This only serves to confuse the universe and weakens your ability to manifest your desires.

Mistake # 2: They Resist Their Current Reality.

They can't accept what is happening to them now. They're impatient and want immediate satisfaction. They feel bad about not having what they want at this moment.

Fix It: Appreciate what you have right now. Dream big and do your manifesting rituals, but be patient and don't feel desperate to attain what you want. It will come at the right time. Let the universe decide the "how" and "when" you will get it.

Mistake # 3: They Got It The Other Way Around.

To attract your desires, you must think and feel good. But most people tend to wait for good things to happen before they think and feel positive; hence they're attracting more of their   negative thoughts and emotions.

Mistake # 4: They're Doing Their Affirmations Wrong.

I once met an overweight person who believes in the law of attraction but can't get lean by saying these affirmations most of the time:
"I'm not fat."
"I will be sexy."
"I eat healthy foods."

Fix It: For an affirmation to work, it must be positive, stated in the present tense, brief, and must also feel right. "I'm not fat" is stated in the negative.   "I will be sexy" is stated in the future tense (plus she has the limiting belief that she can't get fit). As for "I eat healthy foods," I found that she doesn't feel comfortable saying it because she simply can't resist junk foods no matter how much she tried.

An effective affirmation would go something like: "I choose to be sexy." It's positive, stated in the present, brief, and doesn't go against any limiting belief because she's not saying she's sexy, but only "chooses" to be. And of course, she has to commit to living a healthy lifestyle. One way is to weigh the "pros" and "cons" of each action she will take.

Mistake # 5: They Make Excuses or Blame Others.

When something goes wrong or didn't turn out well… they either blame other people and/or their surroundings, or they think of all kinds of excuses ranging from having no time to having too much responsibilities to just not being lucky enough.

Fix It:   Take responsibility for your life. If you blame or make excuses, you're giving your power away. But the moment you claim that you're responsible for everything that is happening to you, you assert to the universe that you're in control of your destiny and that you can turn whatever you want into reality… no matter what happens.

They just wish and hope… but don't actually DO the necessary things that will propel them towards their goals.

Fix It. There are 2 kinds of action you must take.

First, act the part. If you want to become a millionaire, do the things that they do "“ test drive your dream car, tour around the best homes, visit a five-star hotel, etc. You've got to move like the person you want to become. Walk, talk, dress, and behave like a wealthy person. Mingle with rich and successful people every chance you get.

The second type of action is inspired action. This is where you listen to your "inner voice" and act on the synchronicities and "lucky" events that you're attracting into your life. Do you have a gut feeling to call someone? Did you get a job offer from a long lost friend? Do you have the urge to buy a book about a topic you're interested in? ACT on it immediately!

Mistake # 7: Their Desire Is Not Congruent With Their Values.

Fix It: Write down your most important values, then compare them with your goals and desires to see if there is any conflict existing between them. If there is, realize that it would be much more difficult for you to manifest your desires and you'd be better off changing them into something that's congruent with your values.

They visualize or say their affirmations only when they remember or "feel" like doing it. They are not consistent with their manfesting rituals.

Fix It: Repetition is key. You have to visualize, say your affirmations, and do your other manifesting rituals everyday. The best times are immediately after waking up and right before going to sleep. But you can do it also when you're waiting in line, washing the dishes, brushing your teeth, taking a bath, and just about any suitable chance you got.

Most people don't realize that you attract more of something by giving it away.

Mistake # 10: They Reject Their Blessings.

They ask for their dream career, but when they get a job offer they reject it because it's not what they have manifested. What they don't know is that this job could be the stepping stone to their dream job. Or they could meet someone who could help them achieve their goals.

Fix It: Even if you think it's not what you've intended to attract, it could lead you to your ultimate desire. So accept it and be grateful. The universe knows what's best for you, so just trust it and let it guide you to the attainment of your desire in its own special and sometimes less-familiar ways.

Fix your law of attraction mistakes now (if you're making them), and you'll be manifesting your desires faster and more effectively than ever before.