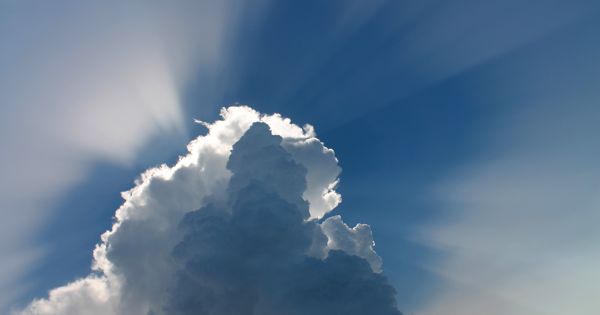 Everyone has his or her bad days, I'm no different. It's easy to stress about juggling so many activities and if you're reading this, you too will be trying to prioritise and manage problems. It can and does make you feel, frustrated, irritable and generally fed up.

On one November day in 2013 the lid had been taken of the pressure cooker. I was walking along the Albert Dock, Liverpool, UK when the sound of a horn from a large boat made me jump out of my skin – my anger then focused on scowling the idiot who had done it. Needless to say, my nerves were frayed because I was worrying about a multitude of different things.

Arriving back home that afternoon and in the search for stories for the book I was writing, my email inbox introduced me to a man named Clarence Adoo. I didn't know anything of his story, just that he would be a great person to speak to in my quest for inspiration.

I started writing the book in July 2013 and my purpose was to inspire, to seek stories from those who have faced extreme adversity and already on my journey I'd spoken to a woman who had fallen 90ft from a bridge in a car accident, and survived despite horrific injuries. I spoke to a man who spent 12 years in hospital, who waited 7 years for a kidney transplant, had a leg amputated and now coaches Cristiano Ronaldo at Real Madrid. The stories are breathtaking, but this story would take me to a whole different level.

After receiving an email from Clarence I rang him and we chatted about my book and Clarence's own schedule. He spoke with clarity in a beautifully calm English accent. He resonated serenity and sophistication, almost James Bond esque. I actually saw a photo of him standing in a black tuxedo and bow tie looking debonair; he could indeed be the first black James Bond.

But even greater, I would learn some profound lessons from Clarence's story that would change my life.
Clarence's journey started in 1960 where he was born to Ghanaian parent's who had come to Britain in the late 50s.

Born in Shoeburyness, Essex, Clarence described a memory of his early years and how a teacher dismissed his ambitions to become a musician. The teacher told him "˜to get real.'

Clarence didn't listen and followed his heart and music carried him along a path of adventure. He was accepted into the Royal College of Music as a teenager and as an adult he traveled to Brazil with the Royal Northern Sinfonia Orchestra. His trumpet playing featured in a BBC television series called The Paradise Club, which starred Leslie Grantham, a former EastEnders actor. A world record attempt followed for the most people playing one instrument at the same time – the huge double bass. This was televised on the TV show Record Breakers and Clarence was part of the team that broke the record!

He was fulfilling his dream but it was about to take a sudden and shocking twist that would change his life forever.

With a relentless schedule, it was anticipated that he would miss his brother, Harry's stag party, however Clarence wanted to surprise him, by making the journey from Northumbria where he now lived to Essex.

Driving south he listened to a tape by "˜Sting' and to the song "˜Fragile' until he reached Retford, East Midlands, UK, but something changed in the car. He gripped the steering wheel of his red Honda Prelude tightly. The steering column began to shudder and vibrate violently. Sensing danger he moved towards the hard shoulder travelling around 60mph. By this point the moving mass of metal was proving uncontrollable and in this most fearful of moments his brain processed an experience from when he was a child – bumper cars!

The last time he turned a steering wheel and it didn't respond was at the funfair. Only on this occasion, his real car was out of control and wouldn't respond to his commands. Instead the car careered into a grassy embankment that ran parallel with the motorway.

Shock gripped his emotions and in a flash the car rolled on two wheels at such an acute angle. This caused it to somersault twice and face oncoming traffic.

Sounds of sirens and flashing blue lights reflected off the broken glass and Clarence was cut out from the twisted ball of metal and taken to hospital where he was told. "˜Everything would be fine. You'll be home in no time.'

But he wasn't and as the days passed his existence clung to a ventilator. In and out of consciousness he drifted until he heard a male voice that sounded with clarity inside his head:

"˜If you think you were fulfilled before, it's nothing compared to the fulfillment you will experience in the future,'

The voice was clear, precise and it repeated the same sentence over again. If you think you were fulfilled before, it's nothing compared to the fulfillment you will experience in the future,'

As Clarence told me the story, he said:

"˜I instantly recognised this calm and clear voice "“ it was God. It was not my own internal voice.

With those few words came the flickering of my eyes as a haze of peace descended. How could I be more fulfilled than I already was? Did God not know what had happened and the true extent of my injuries? After living in hospital for weeks, I still couldn't move a muscle. How could that compare to traveling the world and pursuing my dream?

Just a couple of days later the doctors crowded around his bed, and one said nervously, "˜Clarence we have something to tell you, you are paralysed from the neck down. It's ok be angry.'

Clarence's response was, "˜what is there to be angry about?'

When I heard those words and how Clarence described the story, goose pimples rose from my skin. Just a few hours earlier, I'd been annoyed and frustrated by nonsense. Here was a man paralysed from the neck down. A man who requires 24 hours care, unable to move a muscle but he had rapidly changed my view of the world.

Clarence's communication with God intrigued and inspired me. It was fascinating and instilled a desire to think the same way as he. The search for positive solutions to problems instead of being angry, after all, what is there to be angry about?

If you are thinking what happened next, is yes Clarence is now more fulfilled than he was previously.
How? Well After the accident:

He found a job with an orchestra speaking and inspiring young people into music.

A musical instrument was created for him where he blows through a call centre like headpiece.

He was the co-founder of the Para-orchestra

He closed the Paralympics games in London 2012 with Coldplay in front of 80,000 people

He spoke at the Royal Albert Hall Carol Concert

Awarded an MBE from Prince Charles for being a role model.

He conducts orchestras by nodding his head.

It's his faith, his believe in the positive, to seek out positive solutions to his problems. And that was it, I wanted his mentality and I wanted to share to with others.

I wrote out the below table on a piece of paper that evening. This was personal to me but what is important here is you can to the same.

Challenges = Write out what is bothering you.

Positive Solutions = Write out the positive solutions to your problems

Who = Who is going to execute the solution, or who is the person you need to speak to.

When = when will you complete the solution.

It's amazing how much better I felt just a few minutes after performing this task, my brain was far more focused on the positive than worrying.

It's easy to fall under the spell of doom and gloom; to argue, fight, criticise, or look for someone else to blame. If you're doing the same, keep asking yourself the question:

Do you want to feel rubbish? Or do you want to handle challenges quickly and professionally? You choose. Try it and see if it works for you. It has certainly been powerful for me. It's a blessing from a man who could have quite easily blamed someone else.