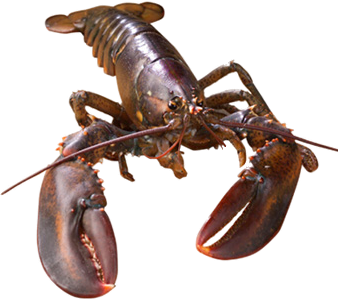 Bit of a strange title for a personal development blog. Let me explain:

Lobsters are part of a large family of crustaceans. They have a hard exoskeleton shell. In order for the lobster to grow, at various stages of its life, it must molt. In other words, it has to get rid of its old shell and start to form a new one.

So what you might say. Well for about 20-30 minutes the lobster is vulnerable whilst molting, it essentially becomes a piece of meat for other aquatic creatures on the prowl. The Lobster knows this, and has taken certain precautions to try to stop them from being as vulnerable such as forming a thin skin before it molts, and changing colour. However, for the most part they know that in order to grow larger they must get over their fear of being vulnerable and just shed their old shell.

How on earth does that relate to personal development 🙂

It's the same for us humans. In order to grow we must get rid of the fear of vulnerability, stretch our comfort zone to the max and go for it. This is the ONLY way to grow as a human being. Nobody, and I mean nobody, grows mentally, physically, spiritually, financially or any of the other 'allys' if they don't expand their comfort zone and just go for it. This means facing fears, however these fears are in no way life threatening.

Fear is a word that should be reserved for life threatening situations. I would like to replace the word fear, when it comes to personal development, into the word 'challenge'. Challenge is much more appropriate in the context of personal development as it represents exactly what we face: starting a new job, starting a business, beginning a relationship, going into new situations are all situations which are not life threatening, rather they are challenges, and they are only challenges as we have not done them before.

there is no other way around facing a challenge other than saying to yourself 'Right, I'm going to do it.' yeah we might fall flat on our face sometimes, yeah people might laugh at us, and we might feel as if we've made a fool of ourselves. But, with all the people that laugh at you, or make fun of you, or make you feel like a fool there will be a few very important people who say to themselves, and you, 'way to go, good on you for trying, I respect that.' and these are the people that matter, not the ones who live inside their comfort zone and mock others for trying to expand their comfort zone.

Change can be difficult, and you are going to get a lot of residence from those around you, even the people who love you. Do you know why that is? It's simply because people don't like change, and if you want to change, the people around you have less ways of manipulating you. That sounds very cynical, but by manipulating you, I mean on an unconscious level. We are manipulating people around us all day, every day, on an unconscious level. That is why a lot of husbands don't like their wives going back to college, they feel threatened in some way, their lives will have to change to a degree, and they try to resist. Of course, not all husbands are like this, that was just an example.

The number one way to make changes

What do you think the biggest hindrance to change is?

It's over analyzing. Simple as that, we think way too much before deciding to make a change. Obviously for the big decisions in life such as buying a house, getting married, moving abroad etc we need to make informed decisions. However for the most part, if we took out the act of thinking about making any kind of change, we would get on a hell of a lot better in our life.

Richard Wilson, marketing and business coach, whilst at a conference listening to 10 millionaires, looked at the advice they all gave. the number one piece of advice was 'Speed of implementation.' meaning when they had an idea about something, they would act on it straight away, they would take the initial steps without wasting energy on gathering opinion, analyzing it, they just took the first steps. When the first steps are taken it's much easier to keep moving, and when the first steps are taken as soon as an idea is born you'll get so much more accomplished in life.

So my question to you is what ideas have you had that you are putting off through fear?