"I've missed more than 9,000 shots in my career. I've lost almost 300 games. 26 times, I've been trusted to take the game winning shot and missed. I've failed over and over and over again in my life. And that is why I succeed." -Michael Jordan

This quotation is so recognizable that it's almost like a clichÃ©. But. It. Still. Is. Perfect.

So it got me thinking … would it be worth to start a failure contest? One defined as: 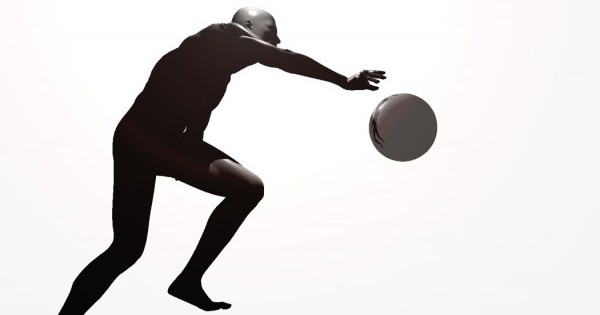 "Failure Contest – a competition you have with yourself to find out how many times you can fail before achieving success." -Karol K.

The whole idea of the contest is pretty simple. You just have to choose one area of your life you want to improve. Set a specific goal you want to achieve. Come up with one activity that can help you to achieve it. And finally, do this activity as many times as you can, and keep track of every failure along the way. Do it until the goal is achieved. The higher the number of failures the better.

Now the most important rule: treat each failure as a positive outcome. Get into a mindset of "Yay! I failed again!" Remember, you want to get a high score in this contest, so you need to enjoy every step towards that score. Failure is a good thing, learn to enjoy its company.

The example that follows is meant to show you how a failure contest can be applied to a specific situation. You can use the general idea and apply it to any other goal you're aiming for. No matter if it's blogging, building up passive income, or something else.

Let's say you have a business and one of the most crucial challenges for you, like for most businesses, is getting customers or clients. This is how the Failure Contest might break down in such a case:

In the next step you start calling people and keeping track of every "no" you get. What do you think, how many people you will have to call to close 20 new deals?

So how is failing 200 times any good for you?

There are so many benefits in having this contest that I don't even know where to start. Maybe let's just begin with the most obvious one – you achieve your goal (for our example – 20 new clients). Achieving goals, even the smallest ones, gives you a massive boost in confidence, no matter what area of life or business we're talking.

Second benefit – you get more than you would have gotten without starting the contest. Picture this, would you be willing to make 200 cold-calls just for the sake of it if you weren't doing it before? Would you have the drive to go forward if you only got 2 new clients after calling 50 people? Maybe you're the tenacious one, but I'm not, so I'd stop.

Having a contest gives you a reason to go forward no matter the amount of failure just because that's the whole point of the contest. And inevitably, you end up with more results.

Next benefit – you gain real experience. After cold-calling more than 200 people in a short period of time you should know (or at least have some ideas on) what you're doing wrong. You can tell whether your approach has any sense or not, or what would probably be a better one.

Next one in line – your skin gets thicker. After being rejected 200 times you will surely develop the skill to not give a damn when people shut their doors on you most of the time. The best thing about failures is that it's the first ones that hurt the most. If you know your success rate, which may be 200 unsuccessful calls for every 20 successful ones, you can stop caring about the sole fact of being rejected. And instead remember that on average as soon as you're done with 10 unprofitable calls there's this one that brings you a new client.

Another benefit – you can work on improving your skills. This somewhat connects to gaining experience, but I think it deserves a separate point. Remember, a mistake is only a mistake when you don't learn from it. During the contest you have to keep track of everything you do, so after you're done you can review the whole process and find its weak and strong points. Eliminate the former and put more focus on the latter next time around. Your all-time high score in the Failure Contest comes at your first go, which in my opinion is great!

I'm not done yet. You can take the whole Failure Contest and turn it into an event for you and your friends. You just have to choose an area and a goal suitable for each one of you, and see who gets a higher score. Now a riddle for you: who is the real winner after such a group contest, the person who achieves the goal with the lowest number of failures, or the person who achieves the same goal with the highest number of failures? For you to decide.

When is the best moment to start?

Just look at what you're doing for yourself personally or for your business. What do you struggle with the most? Choose this thing as your area, set the goals, choose the activity and begin right away.

Let me quickly share an interesting result from one of my own failure contests.

I train in a Brazilian martial art called Capoeira. Certain moves in Capoeira are quite difficult to perform due to many reasons. So a while ago I chose one specific move which I knew nothing about at that time, just to check how many repetitions I'll have to do before I'm somewhat satisfied with the result. The contest ended at around 160.

The most astonishing part happened afterwards. I found myself not bitching about how pointless it was because I had to do it over 160 times before it looked cool, but instead I was amazed that I ONLY needed 160 tries to learn a completely new move.

So here's a task for you: choose the area, set the goal, begin the contest. And most importantly – tell me what you think about this whole idea.