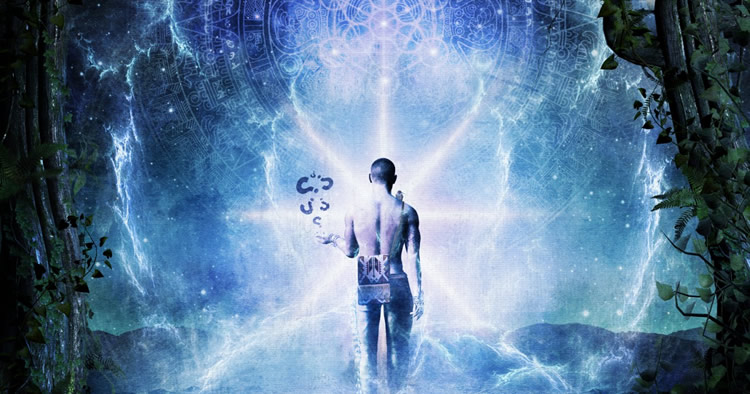 I am writing this article in response to a hell of a lot of messages on my Facebook page about my disbelief in a god. Yep that's right I don't believe in god.

I have had a lot of discussions, arguments and debates over this and it mostly comes down to "˜You are wrong for not believing in god and you will go to hell if you don't recognise god in your life.'

So this article is to attract all the people who think it's disgusting that I don't believe in god, and no doubt I will get a lot of stick for this, but it's also for those genuine, open minded people who want to know what I do believe in and why.

I genuinely believe in a universal energy, an energy that surrounds every single human being on the planet. Think of the energy as a collective cloud of energy that each person is linked to – rather like having a worldwide Dropbox account and every single one of us has a connection to it.

This universal cloud of energy contains all the information we will ever need to do anything we want in life, including just living out our every day lives. Only, we have the option of connecting to this universal energy at a deeper level should we so wish, so instead of having a free Dropbox account, we upgrade to a Dropbox Pro account.

The universal energy contains information from the minds of those who are living, who have lived and who have yet to live, there is no continuity of time as time is a man made concept.

All those little coincidences that happen in your life, the happenstance meetings you have with other people are the result of your connection to the universal energy. You may have thought about someone who you haven't seen in years and suddenly bump into them the next day – coincidence? Your energy instantly connected with the energy of the person you were thinking about which is why you bumped into them, all you have to do is figure out the reason that you met in the physical world.

It gets complicated though when we have certain thoughts, that lead to deep rooted beliefs,which lead to the actions we take and therefore infects the subconscious mind with ego based energy.

If enough people have the same ego based energy infecting the universal energy then things will play out whether it's good or bad. The perfect example would be Hitler who infected the minds of millions of people to do atrocious things, things that those people carrying out these atrocities would never have believed they were capable of doing. How did Hitler do it? With his words and with one mind at a time and he captured the energy minds of millions of people.

Similarly the energy minds of millions of people around the world are being infected by the media today and the corrupt world we live in, by the so called leaders of politics, industry and religion.

The great news is more and more people are waking up to this corrupt energy mind manipulation and are starting to think for themselves and creating movements that benefit everyone around us.

The thing that most people want?

Once we have our basic needs met: food, shelter, safety, financial security we all want to be happy, whatever happiness means to us.

So the energy of the world is shifting from one of corruption and greed to one of helping others to meet their basic needs – we are waking up and the universal energy is connecting us, which wasn't possible before we awakened. First you have to realise you were asleep before you can change your energy.

So you have the power to change the world and it all starts with your thoughts, which then go on to form you beliefs and dictate your actions. However, the power is just that a power, and can be used for "˜good' or "˜bad', only your ego can decide what is good or bad.

The good news is that the more people who have awakened to the universal energy, and I'm not talking about the belief in it, the more good things can happen and that's what we're starting to see around the world today.

I would say no to that question. As I mentioned earlier there is no requirement whatsoever to believe in this universal energy, it just is what it is – an energy. there are no laws, there are no rules, there is no one entity controlling it, ultimately we control it by the thoughts we think, the beliefs we have and the actions we take. And we either choose to connect to it at a deeper level or leave it as is, either way it just is, it still works.  And it was not created by an entity or deity either, it has always been around, always will be.

So that is a basic look at what I believe in, I could on and on about the universal energy but I have laid it out here in a nutshell.

And by the way the answer to the title of this article "˜Who The Fuck Cares What I Believe In?' is Nobody! Nobody should care what I believe in or what anybody else believes in as long as we are decent human beings.