It began at an early age.   For the next 18 years of my life, I would soon learn that being different meant that you would get beaten down in just about every conceivable way.   See, when you raise yourself on the streets, come home to an empty shell, and get locked in a room for weeks on end as punishment then you tend to be a bit different. 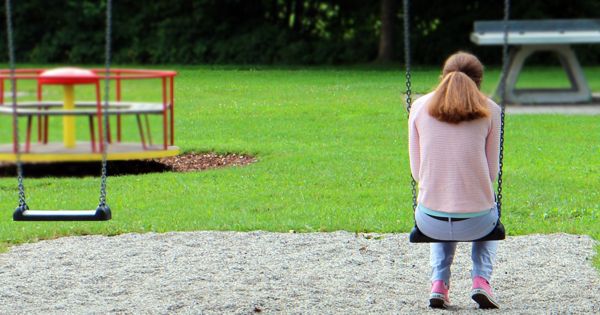 It was one of those situations where you know it's really bad but you continue on because it's all you know.   I call it situational ignorance. I was in survival mode for most of my life and in the brief moments where there was no fighting or domestic violence, I had moments of reprieve.

At one point during all of this, I slept in a tent in the front yard for about 3 weeks.   I could not bear to be inside any longer.   It was too painful to see my mother get beaten and when I did muster the courage to go back inside, I would put push butter knives through my door jamb so as to make my own deadbolt lock.   This way, the lunatic boyfriend my mother was seeing could not break in and harm me.

After securing the door, I used to get out my typewriter and I would write things.   I fantasized about some family I wish I had and I used to escape to far away places in my mind that were warm, comforting and people were happy.   They actually acknowledged me, didn't yell at me, and were sober.   It was just too big for me to imagine, but I did.

Back at school I was called every single name in the book.   And because I was so terrified of loud noises, when someone would slam their locker shut, I would flinch.

The path that most people follow in this situation is most usually one that never ends up very productive or good.   They are angry at the world, full of self-pity, or just purely lost and have given up.   As I sit and type this, however, you could be sitting next to me and never have one single clue that I was raised this way.   You would never know what I had a Master's degree or that I love helping invest in their future selves.

I learned a few things on my own while growing up and I feel that these are important skills to have.   I also feel that they are life-changing skills which can turn an ordinary non-productive life into a life where you are making great things happen.

Have you ever felt that your past was holding you back? Have you ever felt that there was something nagging at you inside and you could not put a finger on it?   Whey the beat you down, there are two options. You can choose to stay down or you can get up.   The universe really doesn't care either way.   We want to believe it does, but you will find at some point in life that it just keeps on doing what it does.

I learned that I could not get in my own way.   Sure, things really were not that good. They were really bad actually. But what is bad? Was I going to sit around and let it rule my entire life? Was I really going to carry this around with me? What good was it going to be? Who was going to take it away?   The fact is, the only one that was in my way, was myself.   And I chose at the ripe old age of 14 that I was not going to stand in my own way.

I also learned about choices.   Every single thing you do from the minute you wake up is a choice.   We make choices to say things, do things, go places, believe in things, support things, etc. And each one of those choices has a related consequence.   Now you might be thinking, "big deal, I know this."   But do you believe it?   Knowing about something and actually believing it are two separate things.

When you get in control of your choices then pretty amazing things start to happen.   I had to make tough choices all the time and I learned that based on my choosing, not the universe or anythings else, the outcome would be up to me to deal with.   I tend to forget this sometimes and that's why I feel out of control.   Ever felt like nothing was going right and soon everything seems self-defeating?

As it turns out, making choices sounds easy in words but to put this into practice can be tough because not all choices are easy or enjoyable at the moment.  But you are in control.

I also learned about anchoring.   Remember that little scene in my bedroom with the typewriter?   I was happy then.   I was content.   It felt safe and good.   You can create a place like that too.   Just imagine something so great that it warms your entire body.   It could be a place, people, a memory or anything that elicits a calm feeling.   Now, when you get into a situation or tough spot, you remind yourself of that place and the response is physical and mental calming.

Anchoring is like magic on the soul.   I actually use it now for many things. And best of all, it's fast, free, and easy relief.

I am not 100% sure how I learned these things. But for a long time I followed the typical work/life template and finally decided that it was not for me. My true purpose was to help others live and work on their own terms.   I use the things I learned and my experience to do that.   And I truly feel that had I not been given the life of being beaten down, I would not be the person that I am. In fact, I may not have the gifts to offer that I do.

Remember that you are not bound by anything other that yourself, your choices, and your ability to take action.   Circumstances may not feel as such but truly changing your life to live on your own terms can be the most amazing experience you ever have.

Shane Ketterman shows people how to invest in their future selves by offering work that helps them discover ways to live and work on their own terms, find their purpose, and live a better life without having to follow the typical templates. His work can be seen at http://www.rewirebusiness.com.