I was recently at the annual conference of the New Zealand Hypnotherapy Federation, and one of the presentations was on stuttering. Thanks to the movie The King's Speech, it's a problem that has a high profile at the moment. The speaker, Evans Brown, has worked with stutterers for years, ever since he overcame his own stutter.

Although many people struggle with the actual speech problem, that's not what I want to talk about today. Instead, I'm going to apply Evans' technique to an even more common problem: procrastination. 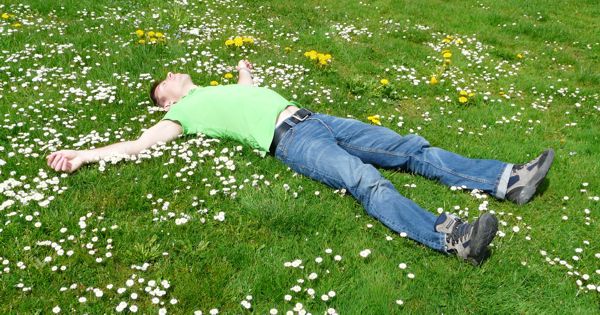 So, what's Evans Brown's advice that's helped so many people stop stuttering and stammering, and how does it apply to procrastination?

Most advice on curing stuttering starts with learning to relax. Of course, this is harder than it sounds, when you are struggling to get your words – or your project – out, when you feel under pressure, when you're aware of people becoming impatient with you. But part of the reason that you're struggling may be that you're putting too much effort into it and investing too much emotion into doing it right.

Learning to take some of the desperation out, and working (or speaking) in a relaxed state, is going to help things go more smoothly.

Stutterers stutter because their brain is faster than their speech. They're already thinking about the next word before they've got the first one out (partly because they want to try to avoid certain difficult sounds). I know what that's like, because I have the same problem with typing. I type part of the word after next, because I can think faster than my fingers can move.

One reason you procrastinate may be that you're thinking of the task after next – you're getting distracted, maybe daunted, by something that you haven't even reached yet (and never will reach if you don't focus on the task you have right now).

Slow down. Pay attention to one thing at a time. Break the task down into smaller parts and focus on starting and finishing those. It's easier.

When Evans Brown was learning not to stutter, he found that he could shout without stuttering. He could sing without stuttering. He could whisper fluently. If he faced the wall and spoke, so that his voice bounced off the wall and sounded different, he could speak without difficulty. If he lowered his voice by an octave, it worked. If he changed his accent, it worked.

Evans only stuttered if he was speaking in his "normal" voice.

One of the things I often say in personal development is that if the process isn't getting you the outcome you want, you need to change the process. My shorthand phrase is "work on the work".

If there's something specific that you know helps you procrastinate – like a website you waste time on – block it.

There were two other things that Evans found helpful.  He could read aloud with someone else pacing him, and he could speak clearly if he was using a microphone and had loudspeakers behind him feeding him his own words.

Having someone else pace you is a great anti-procrastination technique. If putting things off is not only letting yourself down, but someone else, you have much greater motivation to keep going and hit your deadlines.

And being able to receive your own work as if it were someone else's – like Evans listening to his voice through the speakers – helps to diminish the self-criticism that often leads to paralysing procrastination.

I haven't overcome stuttering like Evans. But I've learned to overcome procrastination, to get things both started and finished. I used to dream about projects and not start them, or make an enthusiastic start and then never finish. But lately, I've started to complete things consistently.

So I have a lot more to say about procrastination – 23,000 words more, in fact, since that's the length of my ebook, Stop Procrastinating, Start Succeeding. Right now I have a special offer going of $10 off for Steven Aitchison's readers – if you click through from Change Your Thoughts, you'll be shown a discount code.

I hope it helps you to achieve amazing things.