I think belief is very important in reaching your dreams. Certainly, many people fail to reach their dreams simply because they lack enough belief. Nevertheless, I also think that belief by itself is not enough, and that belief can often be misplaced.

In my coaching practice, I've met many people who presumed that belief alone was sufficient to get them success and that if they can just get themselves to have enough belief in themselves and their goals, they will always succeed. 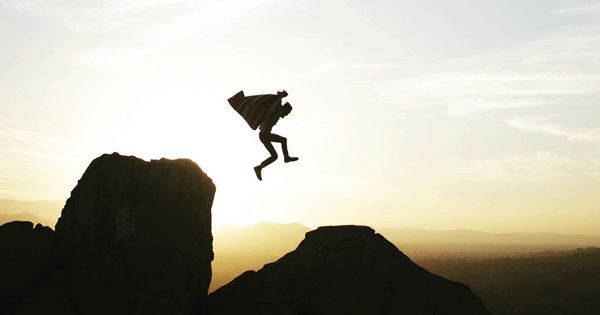 But I think this presumption is mistaken. Belief is just one strategic component of achieving success. If you're trying to reach various goals, and you got yourself to truly believe, but you still haven't reached them despite the time invested and dedication, here are some ideas on how to fix this.

1. Acknowledge the Message Reality Is Sending You

If you believe in something hard enough, it will happen, right?

Well, no, not really. That's what we're often told, but it's a really bombastic statement.

Like it or not, there are plenty of goals that are at least not achievable in certain contexts. Reality does have its limits, even if frequently they may be much wider that a lot of folks think. And it's essential to take this into consideration.

I know people who had a business idea for which the market they were in simply wasn't ready. All the data plainly indicated that. Yet they got themselves to ignore the data and have blind faith that their idea will work. They deemed that if they believe it will work, it will.

What happened was that their business idea flopped. And they kept trying to make it work. And it kept flopping. And failure after failure ensued, as they refused to acknowledge the simple feedback all results were pointing to: their market wasn't ready for that business idea.

So instead of cutting their losses and advancing to a new business idea, they stubbornly stuck to the first one, hoping that if they believe in it, it will eventually succeed. But it never did, and they eventually had to give up when they went bankrupt. By that time, they had no resources left to implement a new business idea.

The point here is not that you can't have a successful business. It's that a specific business idea you may have in mind may not work right now, on a given market.

I think it's always good to believe that you can achieve success, one way or another. But don't blindly believe in one specific path towards success, because that may not be the right one. Be an optimist when you set your destination, but be a realist when you choose the path.

Maybe that person is naturally a brilliant abstract thinker, which is a key aptitude for being a good lawyer, but you're not. Sure, with lots of practice and persistence, if you really set your mind to it, you can develop your abstract thinking a lot. But you still won't reach the same level of success as the other person, in the same amount of time.

Because they're a natural in that area, you're not. And it's okay, since you're a natural in other areas yourself. Maybe you're naturally very creative and you'd make an excellent copywriter, whereas the other person could never match your results.

Forget the notion that whatever another person can do, you can as well. It's simply not true, because it disregards the importance of natural strengths. Really, any high-achiever I know is someone who succeeded in areas where they've put in a lot of work but they also have a natural inclination for.

There is one more crucial component for reaching your dreams: relationships and your ability to build them, maintain them and utilize them.

This is because in most goals you'll want to achieve in life, other people will play a key role. And good relationships ensure that you have a key premise set for your plans to come to fruition.

What about finding love and companion, which are two of our strongest needs as humans? Getting these needs met relies almost entirely on your ability to build relationships. And the examples could go on. Relationships are central.

This is why it's important to know how to talk to people of various types, show authenticity in social interactions, and build deep lasting connections with other people. Not only that having such connections is rewarding in itself, but it also opens up many adjacent opportunities for you, both in your personal and your professional life.

I'd wish that success was all about belief. But unfortunately, that's a simplistic and largely unsubstantiated point of view. Things are a bit more complicated than that.

In order to reach your dreams and live the life you want, it's important to have belief, but also to know what and when to believe in; to know your strengths and to capitalize on them; to have good people skills and to connect with great people.

Even this is not a complete formula for success, but I consider it does outline all the central components, and it's a very good start.

Eduard Ezeanu coaches people to help them improve their habits, their confidence and their social skills, so they can experience the best life has to offer. He also posts on his personal blog, People Skills Decoded.