I'd like to introduce you to a concept called the Kairu-Kensho mind. 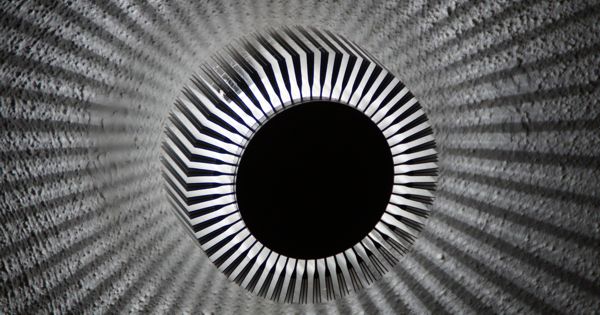 What we are going to be discussing here is when we are in a fearful situation or fearful of something we are in the Kairu mind, the dark state of our mind so we aren't really thinking logically, we're not really thinking, we're at an emotional level, thinking about our fears. We are really in the dark and not rising above it and from a different perspective or objectively and really subjectively and have built up in our minds in the movie of our minds, it's become an epic adventure a Hollywood blockbuster and that fear is a huge fear in our lives. So we are in our Kairu part of our mind when we are thinking about fear.

Now to lift ourselves up to the Kensho part of our mind, that's a Zen Buddhist term, where you mind is briefly illuminated so you can see for a second or two just exactly how life should be or how life is, so it's like a moment of awakening.

We will all have these Kensho moments in our lives when we say "˜ah I get it' when someone is speaking about something and we suddenly get something.

So we need to raise our minds up to live more in the Kensho part of our minds. And the way to do this is to become more aware of ourselves and bring our selves back to the present time.

For example I used to play the stock market 1998, and when I say playing I mean playing, I would buy hundreds of thousand of shares simply because I had a good credit line with my company.

Sometimes I would see a share and I would research it, I would   look at the charts etc say it was 10 pence just now for that share so I would buy 100 thousand shares. When I seen the shares going down I would be fearful of losing money so I wouldn't sell, I thought "˜ok it's going to come back up, it's going to come back up' because I was so fearful of losing money. So if I sold that share for 9 pence it meant I was losing 1000 pounds so every penny it dropped down I would lose 1000 pounds.

So my mind, the Kairu part of my mind, would stay in fear and say "˜I'm afraid to lose money' so I wouldn't sell, so if it dipped down another penny to 8 pence means I would potentially lose 2000 pounds on paper, and what my mind would say to me is, "˜it's ok you're not really losing 2000 pounds because its only on paper its only when you sell that you realise the real loss'. So my mind is saying if you sell just now you've really lost £2000. Then it would dip down to 7 pence and I still wouldn't sell, then it would be 6 pence finally I would come up to the Kensho part of the mind, and just say 'listen this could go all the way down to zero and I would lose £10,000 whereas now I'm only going to lose £4000 if I sell at   6 pence', so I've come up to the Kensho part of the mind and come into the here and now, stopped thinking about the fear of losing money and looked at it from an objective view point, I've looked down upon it and said ok I might be losing £4000 but it's much better than losing £10,000.

Similarly if I had bought the same share at 10 pence and it ticked up to 11 pence it means, on paper, I'm a £1000 up and then if it ticks up to 12 pence then I'm £2000 up, and then my mind would say right I need to lock in the profits, I'd say I need to get a profit, I need to get a profit so I'd think about selling the share. But I really wouldn't do it because I thought it would tick up some more and then if it went down I thought 'oh my god I've only got a £1500 instead of £2000' so I'd be fearful of losing money again even though it was going up. I'd sell and realise the profit of £1500 and then watch it as it grows and grows until maybe 17,18, 19 pence sometime and that has actually happened, all because my fear of losing money at both ends of the scale. Now if you are a good stock trader, if you are a good stock broker you'll know that you have to buy low and sell high that's the maxim of stock brokers.

Coming back to reality

When you are in fear of something you can"˜t possibly make a good decision, it's not based on sound judgement so you have to momentarily take yourself back up, almost outside yourself, and look at it from an objective view point, and to do that you have to come back to the present. Coming back to the present is just being aware of what your doing in this particularly moment in time.

For example what are you doing right now? You might say that's a stupid question I'm sitting down reading this post. Obviously I don't' know that, but you must let yourself be aware, so right not I'm sitting down, I'm typing away with the light from the computer shining at me, I've got my computer in front of me, I've got a photo of my family in front of me, as well I've got a wall, I've got a door, I've got another computer, a chair a carpet, so I'm being aware of my surroundings. When you're being aware of the present moment there is no way you can be fearful because you're grounded in the moment you're in the here and now.

If you constantly remind yourself to come back to the present your decisions in life will come from the Kensho mind.