Motivation is something that can either make or break your aspirations, and I notice that when my personal sense of motivation is high, my current "status" is right up there with it. With that realization, I started analyzing the times when I was feeling motivated, and the times where I was in need of some, and managed to find at least six main things that contribute to my motivation. After some thought I realized, the things that contribute my motivation would, for the most part, apply to everyone.

Before I get into those six things, however, it's important to know beforehand the things that could put your motivation in a slump, so you can avoid them as you follow my tips on staying motivated: 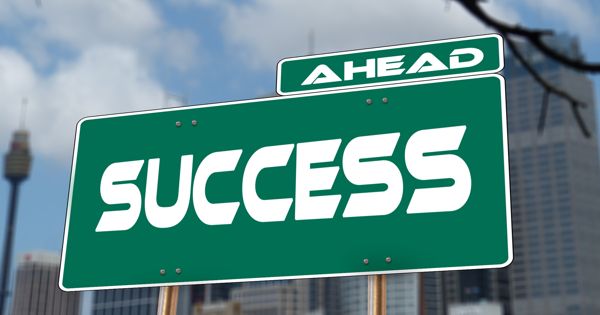 Discouragement: This is probably the number one motivation killer. When something negative happens, or you pick up on cues that cause you to feel discouraged, immediately your motivation begins to be leeched away as if a vampire came up and began sucking it right out of you. The best thing to do before you get started on a new venture is to simply affirm to yourself that you won't allow yourself to get discouraged, no matter how bleak things begin to look.

Lack of Focus: When you have a billion different things on your mind due to lack of focus, it's hard to stay motivated about… well… whatever it is you're trying to stay motivated with. The best thing to do is to get your productivity in order, so you have allotted time for each of the different things you need to be dealing with… this will help you to focus on the task at hand and leave room in your mind for motivation.

Pessimism: If you're the type of person to see the bad in everything, and expect the worst so that you can be happy with whatever comes along, you're really setting yourself up for failure. How in the world can you stay motivated when you're expecting everything to fall apart around you? Exercise optimism, and when things don't go your way, instead of feeling like a fool, exercise the following six tips to keep yourself motivated…

If your running low on "fuel", it's hard to be motivated by anything, let alone stay motivated. When you're feeling ill, just the thought of getting up to do simple tasks such as going outside to check the mail feels like a major leap. So the first thing you should do to keep your motivation high is to optimize your energy.

My number one way to remain energetic is to maintain a healthy sleeping cycle. I used to have extremely unstable sleeping habits. Some nights I'd be up nearly til morning, finally go to sleep when I couldn't hang on anymore, wake up in the afternoon, and the cycle continued until it seemed as though I was doing night shift one half of the month, and day shift the second half. During this time, my energy was at an all-time low, I'd take long naps almost everyday, and as a result, many of my days ended up being extremely short.

Once I started going to bed at a decent time, whenever I felt tired, and set my alarm to wake me up nice and early every morning. Now my energy is at an all-time high, and I don't even get tired in the mid-afternoon which is when I've always had a tendency of getting sleeping and wanting a nap.

Of course, other factors can contribute to your energy such as your eating habits, how much you are hydrating, your physical fitness, and even your morale, which I'll get into next.

Your current mood and current level of happiness plays a huge role in staying motivated. Think back to the last time you were in a horrible mood. It probably took an enormous amount of strength to get yourself to want to do anything, much less doing meaningful things that you'd ideally want to stay motivated with.

The best way to keep your mood high is to address the things that stress you out, learn how to overcome your habits of worrying, and start managing your time more effectively. Normally bad moods are caused by being exposed to uncomfortable, or less than ideal situations that you feel like you have no choice but to go through.

For example, those who are overly grumpy in the morning probably don't have a very relaxing morning routine. It's most likely either very hectic, stressful, and full of responsibilities that they don't feel like taking care of right when they wake up… as a result, their mood suffers.

Write Down Your Motives

If you have a good idea beforehand of exactly why you're doing something, it makes it easier to stay motivated, so be sure to write your reasons down. When you are in a slump that's making it hard to stay motivated, remind yourself exactly why you're doing what you're doing, and where it's going to get you. This is the time to discard any pessimism. Don't tell yourself all the reasons why you might fail, or why this and that's not going to work out.

Remind yourself all the reasons you gave yourself when you began working towards the thing you're trying to achieve. Think of new things and add to your "list" as time goes on.

When you first start out on a new venture, before you begin your course of action, you most likely had an initial source of motivation. Often it's inspiration from an external source. For example, before I started writing my own blog, I looked at other bloggers who started with nothing and grew a huge subscriber base. I used that as inspiration, reminding myself that if they can do it, there's no reason why I can't too. I used the success of others to help fuel my motivation, and to this day, I still do.

Set Milestones and Reward Yourself

Define specific milestones, or "checkpoints" on your new venture, and reward yourself for reaching them. If it's a big task at hand, this will help you to get through it all by lightening your overall load into manageable "pieces". Imagine if you were supposed to write 31 essays. It would be pretty hard to do them all at once, but the task becomes much easier if they were spread out over the course of a month (1 per day). In the end you'd still have 31 essays completed, but the work load would have been much lighter and easy to manage.

Only you can know exactly how to reward yourself, but just make sure it's something you wouldn't allow yourself to take part in unless you've reached a milestone.

Sometimes when you're feeling lazy and unmotivated, the best way to get going is to well… just get going! Force yourself to take action, and while it may be hard at first, it shouldn't take too long for your brain to get into the right "gear" with what you're doing, and your motivation should pick up at some point along the way. So if all else fails, just do and do some more, and eventually after repeating this process your mind will convince itself that it's just easier to be motivated from the start.

Once I discovered all the things I just mentioned, I began applying them to my life immediately. Now, I rarely ever experience feelings of discouragement, lack of focus, and I seem to be filled with positivity most of the time. Motivation seems to come fairly easy now, and I can't say it would be that way for me had I not made a conscious effort to make the six things I mentioned part of my daily routine.

My suggestion is that you try it out, see if it works for you, and modify as needed for your own personal needs. I challenge you to monitor the factors that contribute to your own motivation levels and experiment with different things. Eventually you'll have the perfect motivation "plan" that's tailored specifically to fit your needs alone.

Jonathan Beebe is the author of Develop Minds, a personal development blog focused on providing information on how to increase your consciousness, your intelligence, and the best ways of significantly improving your life by helping you make the most out of it.