Just when I thought I was getting somewhere in life, a cup of coffee and a biscuit turns my theories on their head.

Sitting in a Waterstones Costa Coffee cafe, I was happily reading 'The Deeper Secret', with a cup of coffee and a biscuit. I hadn't really started reading the book when I followed a train of thought through to its conclusion. The thought started something like: 'Have I really developed as a person?' I then, mentally, listed everything I had achieved in the last few years: 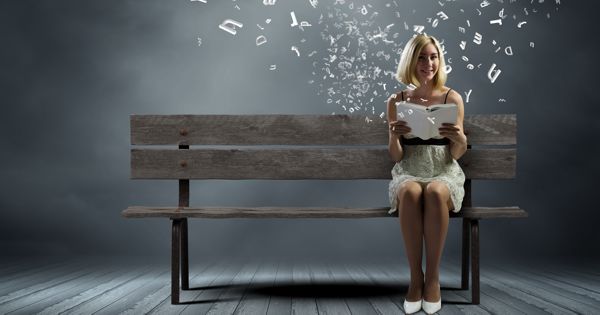 4. Started a good job as an addiction counsellor

7. Started getting paid regularly for my freelance writing

8. Been interviewed on 3 radio stations

9. Connected with some great people

10. Even more in love with my wife

12. Attending gym regulalry and am the fittest I have been for a long time

13. Become much more productive with my time

Okay, so that was good, that was a lot of evidence to prove I had developed myself, but is it really evidence that I have developed? Then I followed the train of thought: 'what is personal development?'

Bought a beautiful home (NO: It's our perfect home and the right size but from a personal development point of view it means we have to work more years to pay it off).

Stopped Smoking (NO: I actually enjoyed smoking, that might sound crazy but I did, I stopped smoking to stop my sons telling me I was going to die very soon. I know all the bad things about it and I'm really fooling myself into thinking I enjoyed it, but the fact is, I did enjoy it.)

Started a good job as an addiction counsellor (NO: Working for someone else, even with a good job like this, has never appealed to me and I'll always look for a way to go it alone).

Grown my blog to over 6000 subscribers (NO: It's another badge to add to my blog and a bit of social proof that people like what I am writing, it's saying to people "˜look how many people like me, I'm really popular' but it isn't really saying that at all, it just means I have found a way to get readers to sign up to my RSS feed or newsletter).

Published Guest posts on some great sites (YES: I Enjoyed writing for some of the sites)

Started getting paid regularly for my freelance writing (YES: It's one step closer to my dream of working for myself).

Been interviewed on 3 radio stations (NO: I hated being nervous before the interviews and not saying what I really wanted to say, that's what so great about writing you can press the delete key and start again, with a live interview you can't)

Connected with some great people (YES: I have made a lot of false contacts when it's connecting with people for the sake of it or just to bump my Twitter, facebook, SU number ups, but I have met some real, genuine people online who I would go out of my way to help if they asked).

Even more in love with my wife (YES: Our relationship is continually evolving which means having enough self awareness to grow)

Attending gym regulalry and am the fittest I have been for a long time (YES: It's for me, it makes me feel good

Become much more productive with my time (NO: I am lying to myself, I haven't become more productive I have just created more time in my day by getting up earlier and working later)

Personal Development Lies Inside You

The operative word in the phrase "˜Personal Development' is "˜Personal'. It's something that means something to you and nobody else. It's sometimes easy to forget, in our quest to be all we can be, that we look to external factors to provide us with the feeling of satisfaction and to feel that we are growing in some way. Having a bigger house means nothing more than being somehow able to afford a bigger house. Having 10,000 subscribers means nothing more than 10,000 people subscribing to your RSS feed. I had a goal to reach 10,000 subscribers by 31st December 2009, and I still do, but at the end of the day it doesn't mean that 10,000 people like me and my writing.

Personal development is a feeling within us. It's a true feeling of being happy about an aspect of our life. If I am happy that I am 200Ibs but people keep saying to me "˜oh, you've put the beef on', should I then do something about it? No, absolutely not.

If you are happy, then there's no need to do anything about it as long as you accept the possible consequences of your actions or inactions and are being totally honest with yourself.

Having followed the train of thought a little further down the track I started thinking about the blog and whether or not I was really helping others with the articles I was writing. Honestly! Not all the posts said much that hadn't been said before. There are a few articles I have written that I am quite proud of, and feel they say something meaningful, others I'm not so proud of feel they have been regurgitated from books, blogs, websites, and other stuff I had read. There was nothing original.

It actually started to get me down and then I looked at other self development blogs and most of them are the same, by that I mean they are sharing information that has been said elsewhere, however, and this is a huge however, they were saying it in a different voice, they are saying it authentically and sometimes from personal experience. Even the top personal development blogs were saying a lot of what has been said before, but they were saying or presenting it in a different way, they had a unique way of presenting the information and being authentic about it.

The Originality Of Mathematical Equations

As a personal development blogger I strive to come up with original writing and it got me down when I couldn't do it all the time. Until the day I was helping with my son's homework and he was doing equations and percentages at school. I showed him a different way to present 4/25 as a percentage. He had been shown the calculator way whereby you divide 4 by 25 and then multiply by 100, which is great. I taught him to do it in his head as well by asking what do you have to multiply 25 by to make 100 = 4, now multiply the top part of the fraction by 4 = 16 and there you have your answer: 16%. He was very happy and said: "˜That's a new way of working it out. Why doesn't the teacher show me that way?' I explained that the teacher needs everybody to do it the same way as it would take her 5 times as long to teach the sum if she was showing 5 different ways of doing it.

It's exactly the same with writing about personal development: you might be teaching someone how to reach a goal, which has been taught a hundred times before but there's more than one way to show how it's done. That is why "˜The Secret' was so successful, it was done in a totally different way from anything that had been done before, it's the same information that has been written about 100 years earlier by the likes of Wallace D Wattles, Napoleon Hill, James Allan, Christian Larson, and Ralph Waldo Emerson.

Life is the same nearly every day, you are more than likely not doing anything original but that doesn't matter, who says it has to be original? You just have to make life as interesting as possible and take lessons from the many classes life has to offer.

Sometimes, well a lot of the time, we fake personal development. What I mean by that is we tell ourselves we've changed in some way when in actual fact we haven't. The classic is going on a diet. You'll hear a lot of people saying "˜I will start it on Monday' which basically means they are not ready for it but will be ready by Monday. And then when the diet's started, they say things like I ran an extra ¼ mile today so I can have this Mars Bar, and all sorts of crazy justifications. The truth is dieting is a lifestyle, it's not temporary, it's a way of being, a way of seeing, and a way of doing. Personal development is also a way of being. I have pretended to be much more productive and told my family, I have written 3 x 1200 word articles today that must prove I am productive "“ absolute rubbish, it just proves I have either: written it extremely quickly, the content is garbage, I haven't done any research or I found some extra hours by stealing them from family time or sleep time. More often than not I would steal the extra hours from my sleep, so I would get up at 4.30am and start writing, instead of lying in bed until 6.30. That's not developing myself, that's kidding myself.

The truth is I am happy twittering away, or stumbling sites or commenting on other blogs. When the business really takes off then I will need to re-evaluate my productive ways and cut down on twitter, Stumbleupon, reading other blogs and commenting, I've actually had to start doing that recently because of the work coming in so I am becoming more productive but it now seems more of a chore rather than enjoyment, so it's time to re-evaluate and look at making it fun and productive.

Look at your life and be honest with yourself and ask if you're faking personal development. It doesn't really matter, as the only person who will know the truth is you, if you are faking personal development there will be a dissonance within yourself which will eventually lead you to make the real change you want to or forget making the change altogether. However, it's better being honest with yourself now rather than later.

Are you faking it or making it?