So there you are – sitting in front of your television and watching the shopping network channel. You are fascinated, especially over the new miracle-making abs machine which promises you the six-pack abs with only 5 minutes of daily exercise.

That's not all: you can still eat your sweets, donuts and pizzas as before, so no changes to your diet are needed either!

You think that this product is heaven sent, so you grab your phone, make the order, and happily open another beer bottle and start dreaming about your perfect body.

Two months later, that wonder abs machine is at the back of your master closet gathering dust.

No, it didn't give you a perfect body. Although you exercised that 5 minutes the commercial advised you, you still weren't able to get the results you were promised.

Eventually you realized the harsh truth: you have to work out a lot in order to reach the perfect body and there are no special tricks or shortcuts to reach that goal.

To nurture yourself about this crushing realization, you picked up the phone and ordered some more pizza.

You felt ripped-off because of the false promises and especially that it had such a false illusion of reaching the success with minimum amount work.

Falling into the trap of push-button solutions 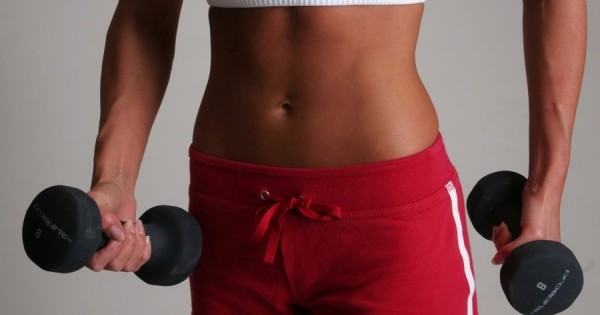 No matter if you want to get a set of six-pack abs, become a perfect piano player or master a foreign language, there aren't really any shortcuts to mastery. No matter what, you have to do the work and put the hours in before you can reach the level of success you want.

In most of the cases, people underestimate the goal and the effort that is required to get there. They keep living in a fantasy that reaching a dream comes with just a snap of the fingers, when instead; you have to take massive action to turn the goal into reality.

The previous fact is closely related to the unwillingness of doing the required work. People get scared when they realize how much effort is required to get to the destination.

Unfortunately, there are no push-button solutions for reaching success. If this was possible, we all would be great piano players, would know how to speak 15 languages fluently and would be able to run marathons under 2 hours and 15 minutes.

Nope, to reach success you have to work and work a lot.

Do you really want the success or are you just dreaming about it?

Let's jump back for a moment to our example character, who ordered the six-pack abs wonder machine, but who then ended up heavily disappointed.

Do you see what his real problem was to begin with?

Well, he wanted to get the results too easily. In fact, he wasn't really ready for the change – he was only dreaming about it.

There was another important reason that kept him in the path of failure.

Well, it was his old habits and being afraid of the change. This was something deep inside him, in his subconsciousness.

In many cases, those old (bad) habits give us comfort and make us feel safe. It's like our internal safety network that nurtures us when things get awry.

In his case, his internal safety network was drinking beer and eating sweets and other junk food. That gave him comfort in his everyday life and he wasn't ready to give up on that.

But there are more than those two reasons.

First, he was unable to handle the change.

He thought that his life would change too much and he now has to encounter rejection by his old friends. Even if the change was going to be a positive one, he figured that in some level his mates wouldn't accept him, or the new version of him.

Second, he was scared that his new healthy habits made him too different than the rest of the people he was dealing with. Rather, he wanted things to stay the same – as they had always been.

Don't make your journey too hard on yourself

Whenever you set a new goal, it is important to "sell it" to yourself first.

You must really understand what you are getting into before you make the first step. When you have the right mindset ready, the journey becomes much easier.

Also, understand that committing to a goal and reaching success may require sacrifices (like changing a diet in our example).

The sooner you understand this, the sooner you are better mentally prepared for temptations and events that could otherwise take you off-track and make you disappointed.

Finally, you have to split the goal into smaller pieces.

This helps to deal with the important steps easier – rather than trying to swallow too big of a piece at once.

It is also easier to track your progress this way, thus it helps you to see how much you have progressed (and gives you more motivation to continue on your path when you see results).

Crush the delusions of quick and easy success

It's possible to reach any goal that you set for yourself. However, you'll have to set yourself into the right mindset and do some preparation first before the work can begin.

1. Sell it to yourself. The first part of the goal setting and reaching success is to sell the idea (the goal) to yourself. If you don't believe that you can reach the goal, you are going to face frustrations and other negative emotions during the journey.

Take some time and stop for a moment. Have a meeting with yourself and truly internalize the goal you are trying to reach and the success you want to achieve. At the same time, realize that things ain't always like dancing on the roses.

Also, make sure what success means to you.

In many cases it's something else other than just money and fame. Know your success in advance and visualize yourself after reaching the goal: how will your life change for the better?

It can be anything – from not going partying with your friends to eliminating sugary foods from your diet.

However, as long as you a prepared that there are going to be sacrifices on your road, it is easier to reach the success (and your goal).

3. Break the goal into smaller pieces. If you have done any amount of goal setting, you have probably heard this advice before.

Anyway, it's still a good advice and it is worth repeating: break the goal into smaller pieces, so that you are more motivated to take action and it's easier to track your progress.

Set smaller milestones which lead to the goal. Once you have reached yet another milestone, you know that you are on the right track.

This helps you to motivate yourself even further, when you know that you are moving towards the right direction.

However, be ready to adjust your milestones if needed. If you see that reaching the milestone will in fact take you farther away from your goal, then make changes to your plans accordingly.

When you implement new ways of doing things, you'll make the journey easier for yourself.

For instance, in order to start training for my marathons and triathlons some years ago, I decided to become an early riser so that I could do the first workout before hitting the office.

The success habits you have to form depend of your goals and the success you are after.

5. Give enough time. Don't expect to reach the success overnight. The bigger the goal is, the longer it's going to take to reach it.

Reaching success and your goals (whatever you have defined them to be) is a long process and the sooner you understand this, the better.

As you can see, you'll have to do the work when reaching a goal and the success that comes with it.

You just have to understand that you might have to endure sacrifices during your journey and you need to put in the hours required in order to get where you want to be.

However, once you reach your goal and become successful, all this becomes secondary and you are many experiences richer than before.

Over to you: How do you make sure you work towards to your goals without giving up?

Timo Kiander, a.k.a. Productive Superdad, helps entrepreneurs improve their online business productivity. With 18 co-authors (Pat Flynn, Corbett Barr and Steven Aitchison to name a few), he wrote a book about how to build an online business and get stuff done - even when working from 9-5 (available as a free download or through Amazon).