There are three words that kill dreams. The funny thing is that most people would consider these three words necessary to make dreams come true. And they do"¦ But as our grandmothers used to say: "There is a place for everything, and everything in its place", I think something is seriously out of place. 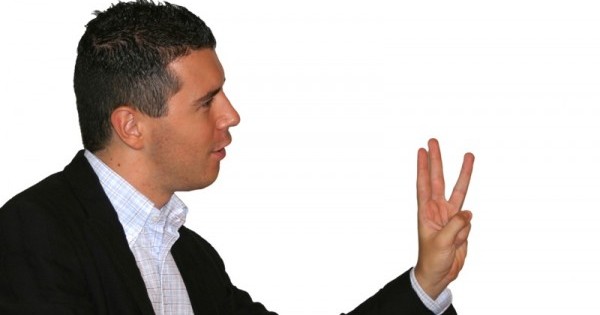 We are a society increasingly focused on pragmatism, on how. We want to get things done and we invest a lot in finding out what works. But we are increasingly a society focused on getting results by looking to what already works whilst dismissing the ideals that seeded them. And this can have a strangling effect on your dreams.

Why? Because ideals, and dreams built from ideals are often not pragmatic. They usually require new ways of thinking to realize. They may offer few (if any) guarantees of success but lots of perceived risk and maybe some real uncertainty. In fact, ideals are not meant to be reasonable or even practical at times. And for that reason, many (unconsciously) negate them in favor of "˜what works'.

What we seem to have forgotten (or foregone) is that ideals are valuable in and of themselves. Honesty, justice "“ the virtues "“ are beautiful. Wanting to change the world for the better is an ideal, and can be beautiful. It just may not be an instantly beautiful process. In fact, it might be quite a stumbling frustrating one, but one always driven by the ideal.

Having a passion about an ideal, sadly, scares people because we often nowadays see them played out in practical form through extremism of a negative kind "“ suicide bombers for example. But just because the ideas of fundamentalism and idealism have become associated with terrorism does it mean that finding something fundamentally valuable "“ and living and loving for it – is inherently bad?

Think of how the world has also changed for the better because of idealism.

You could easily say that Mother Theresa was an extremist in her love for the poor. She said she was driven by the idea that every battered diseased body she was treating was the body of her Lord Jesus. Whether you agree with her motives it's impossible to deny her impact for the good.

However, I suspect if this little unassuming Albanian nun had suggested she set up a worldwide organization of nuns devoted to serving the poor when she first started she would have been laughed out of the nunnery because it didn't seem practical.

At what point did it become okay to sacrifice our dreams because they weren't practical?

At no other time in history than now was it more convenient to dream "˜impossible' dreams. If we have a job and food we are doing better than a great percentage of humanity. The opportunities for making a living in a myriad of different ways are better now than they have ever been.

Again I ask: why would you deny that something you yearned after was valuable simply because you couldn't get it? You can yearn for and value world peace and the unity of mankind if you so wish it (and I do!).

Yes, it may seem unrealistic but some people work towards world peace, the eradication of world poverty. Yes, the odds they face seem insurmountable but they value the ideal itself enough to act on it.

You need why as well as how

Life is full of paradoxes. As you may know, a paradox exists where two seemingly opposing ideas are true as the same time.

For example, in order to be at your most freely creative you need to know the limits you are breaking free of or transcending. And even optimists need some pessimism to make sure they're prepared for things that may go wrong. As Winston Churchill used to say: "I'm an optimist but I still carry an umbrella!"

We need the "˜how' "“ AND we need the why first (and always ) if we are to unfurl and blossom the dream.This is the essence of genius – to be able to hold two opposing ideas in mind at once.

I think we are killing our "˜genius' by focusing on one side of the success coin to the exclusion of the other.

I think that we are guilty of holding "How do I?" up as an object of worship. We so want results we are getting more and more wary of anything that smacks of an uncertain outcome.

Yet think of someone like Martin Luther King. Having read some of his life history it is not clear that he started with a plan for creating equality amongst all men. Yet he had a dream (!) and he was prepared to try many different avenues for the sake of the dream. He had no guarantee of success and stood to anger some very influential people (not to mention a great number of common people.) He was an idealist who learned how to become a pragmatist.

As Tal Ben-Shahar says in the book Happier "The realist is considered the pragmatist, the person who has both feet planted firmly on the ground. The idealist is seen as the dreamer, the person who has his eyes towards the horizon and devotes her time to thinking about calling and purpose."

The How may Die without the Why

However, the how may die without the why!

I started my company Living Words Coaching and Training and I worked very hard, calling lists, setting up websites, writing articles. I coached people from different professional fields and made a real impact in some of their lives. But it was such hard work, and all the money I made ended up paying the bills.

After about four years I started to feel that it wasn't worth it. After four years of trying, I had somehow lost my mojo. I started to feel listless and despite all my knowledge could not seem to recreate the enthusiasm I had started with. It wasn't until I started re-reading: The Answer to How is Yes by Peter Block that I understood the problem.

I had taken my eyes off what mattered and exchanged it purely for what worked.

I had become so focused on what would convince people to pay me money to coach them that I had forgotten why I was doing it.

But the moment I reminded myself of the ideals that drove me much of my fire returned.

You see, in the drive for results we have cast off what matters most. And that is what matters! (Think about it"¦)

We are fundamentally (!) driven by reasons, by values "“ by ideals. Ideals are often abstract though "“ and realizing them is in fact what most people run away from.

In the West we want answers, we demand answers. Perhaps that's why belief in God is declining. Because in the bible God says (essentially) I'm too great for you to fully understand. And we don't like that because the world is messy and thinking about mess takes not only effort but an acceptance of ever present uncertainty"¦.

We want results, we want guarantees. Thus we shun visionaries and embrace pragmatism. But"¦

Shahar again: "When we set realism and idealism in opposition to one another – when we live as though having ideals and dreams were unrealistic and detached "“ we are allowing a false dichotomy to hold us back."

Being an idealist is being a realist in the deepest sense "“ it is being true to our real nature. We are so constituted that we actually need our lives to have meaning. Without a higher purpose, a calling, an ideal, we cannot achieve our full potential for happiness.

While I am not advocating dreaming over doing (both are important), there is a significant truth that many realists "“ rat racers mostly "“ ignore: to be idealistic is to be realistic. (p41)

The challenge is to say YES to an ideal calling or purpose with no guarantee of successfully realizing that ideal in physical form. It is the challenge to say YES to something that you believe is worthwhile in and of itself. Even when other people abuse the name of that ideal, you still hold it as valuable.

In the film Gattaca Ethan Hawke plays a natural born human (made the old fashioned way!) amongst a world of genetically superior engineered humans. He is determined to get to the stars and to do so has to prove himself equal or superior to the bred humans. There is every chance he'll be caught and he's up against the best man can engineer. But as the title of the film says: "There's no gene for the human spirit."

He pursued his ideal with full commitment and with knowledge that being found out could cost him a great deal.

As Theodore Roosevelt said in 1910:

The credit belongs to the man who is actually in the arena, whose face is marred by dust and sweat and blood; who strives valiantly; who errs, who comes short again and again, because there is no effort without error and shortcoming; but who does actually strive to do the deeds; who knows great enthusiasms, the great devotions; who spends himself in a worthy cause; who at the best knows in the end the triumph of high achievement, and who at the worst, if he fails, at least fails while daring greatly, so that his place shall never be with those cold and timid souls who neither know victory nor defeat.

You may say that living like this is too risky. Most old people when asked wish that they had dared more. Do you want your life to be counted with those cold and timid souls?

What can you say YES to today? What sets you on fire with its daring?

The answer to the tyranny of How "“ is YES.