Everyone has had a dream at one point in their lives. Do you remember yours? It might not be the same today as it was then, but I'm guessing you probably knew at some time or another what you wanted for yourself that would make you happy.

As time goes on, things change. Our lives become complicated and the dreams we once had appear to be just that, dreams (not real). That saddens me deeply. Life is too short to think of something we want for ourselves, that we are passionate about, is only a dream, meaning not a possibility. 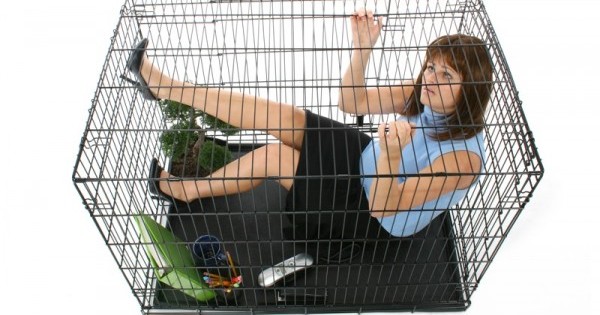 I have found that it is hard enough holding onto my own dreams without "reality", getting in the way, or someone or situation coming along to try and kill it. So, after quite a bit of thought and contemplation on what had been negging me out, I came up with a list. The list was quite long, but I found that most of the list was repeating itself.

Here are the 10 most common "dream killers" that I found, followed by some ideas on throwing them out the window.

We all know this one very well. "Whatever, you'll never be able to do that. Come back to reality." Sound familiar? Just because someone else can't do something, they think you can't do it either. Don't let a non-believer keep you from chasing your dreams. In fact, your just better off not talking to them about it. Let's face it, the only way to turn them into a "believer", is to show them. Actions do speak louder than words."

This is by far my biggest pet peeve, because I too am guilty of it (a lot). Something negative will always surface (many, many times) on your journey. Don't let something negative whether it be someone or an obstacle, stop you from moving forward. Try to use that negativity to your advantage.

I always find that when something negative comes along, I use it as fuel for my desire. I take it and aim to prove myself by focusing harder. Try and do the same. Negativity will always be there, might as well use it.

The number 1 reason why I am writing this today instead of 5 years ago. Laziness comes in many forms. You lose your inspiration, you're too tired, you procrastinate, lost motivation, put your dream on the back burner to focus on something that better suits your needs now, yadda, yadda, yadda.. It's ok to take the occasional day off. Just don't let laziness turn you into a sloth.

Look for ways to stay focused, driven, motivated, and inspired. I find my inspiration daily from other personal development sites, books, e-books, quotes, music, and deep thinking. Staying inspired is the best way to keep chasing your desires, without succumbing to couch-lock.

Fear of the unknown, fear of change, fear of failure. There are countless reasons caused by fear that stops us from pursuing our dreams and aspirations. One method that has helped me rid some of these fears, is to accept them as an obstacle. An obstacle that if I can pass, I will advance on my quest. Look at fear as a chance to take a giant leap forward towards your passions. Once you pass a fear, you gain a vast amount of courage that will take you to the next level, leaps and bounds faster.

Money. I once believed that money was an unbeatable restraint to following my passion. I was wrong. It's only an illusion. You don't have to have much money to follow your dreams. You can start out with a small amount and still chase your passions. Just take a look at the "100 Dollar Startup", by Chris Guillebeau. Many have started life of living on their own terms doing what they love for a small amount of cash. Don't let money be an excuse to stop you, that's what "they" want you to think. Who is "they", I don't know, others not on board with you.

Having a lowly image of yourself is not only a dream killer, but doesn't even allow you have the dream to begin with. I have been there. You don't feel good enough, you feel ugly, worried about what others think desperately searching for their approval. Guess what? You don't need anyone's approval. Who cared what others think.

More than likely you are in a situation you don't need to be in. Whether it is a relationship that holds you down, or loneliness that causes you sadness and self torment. Change your routine and do it before it's too late. Start to surround yourself with better people. Those that accept others for who they are and encourage you to be yourself. Read some good personal development books. Ones that actually give you hope and inspiration, not the ones that are only out to throw a gimmick at you. Most importantly, search inside yourself and find the inner voice that appreciates you for who you are. Bring the real you up the surface and stop worrying so much. You're alright by me 🙂

I am not saying that you can't follow any and every dream, you can. Although some may not be suited for the outcome you hoped for. Imagine the output of your dream. Break it down into pieces and think about how you could make an action plan to put it together and see the end result you envision. If some of the pieces don't fit and are not related to who you are as a person, you probably are just fantasizing. I would say that a Drug Lord has very few worries when it comes to doing the right thing, or following along with the law. If you are a law abiding citizen, it's not going to be for you. Now, that's a far-fetched example, but the dreams that are bad, usually are.

Lack of a solid support system

Not having someone or even multiple people believe in what you wish to bring into your reality, it is hard to stay motivated and excited about it. Personally, my friends and family support me in whatever I do, as long as I don't overwhelm them by talking about it too much. I find my inspiration and support from connecting with others online, trying to accomplish the same goals as me.

If you are in a similar situation, or worse yet, have the people that are supposed to be at your side and support you, trying their hardest to talk you out of your dream, you got issues. Not to say you should give up, you should never give up on something that you truly believe in, no matter what anyone says. I would try to find support from different people and try to sit down with those non-believers and explain to them that if they love and support you, they will understand and have your back. Unless of course they are right and your idea is a "bad dream". Then maybe you should listen.

Thinking too much about what you are doing when in pursuit of a dream will have you re-thinking it, changing it, re-thinking it, deleting it, re-writing it, and you get the point. I have a had a tremendous issue with over analyzing every situation in my life. When it came to having a dream that I thought I wanted to take action on, I would basically think myself out of it and move on to something else.

Of course you want to make sure you are taking action on a dream that you will fully devote yourself to, but to over analyze it to the point of exhaustion will only leave you stressed and changing your mind. During my time of over-thinking and analyzing my ideas, I could have reached far greater accomplishments if I had given my dream a chance. A funny experience (or painful), I had is when I had an initial dream of changing the world in someway through an online website, 2 years ago, is that it ended up being the one I went after in the end, or present day."

It is all a learning experience nonetheless, but one that could take far less time, if you only analyze and not over do it. In other words, think and know but don't think and not know…uh..yeah.

Know who you are and understand that everyone in the world who has ever fulfilled their dreams are no different than you are, other than the fact that they took action and kept moving forward. You might not be the next Einstein, but with inspiration and motivation, along with taking action and never giving up, is a recipe for success."

Justin Harmon has chosen a life seeking personal freedom, fulfillment, and a way to make an impact in the world and the lives of others. You can find Justin over at Unplugged Recreated. Be sure to grab the Dream Design Toolkit to help you on your path to becoming more happy, awake, fulfilled, and free.