I don't know where you live, but in my home state of Maryland driving in rush hour traffic is like being in a Nascar Race.

One time I was on the interstate and I was almost run off the road by an eighteen-wheeler. I guess I wasn't going fast enough for him, and the look he gave me as he passed me by confirmed this. 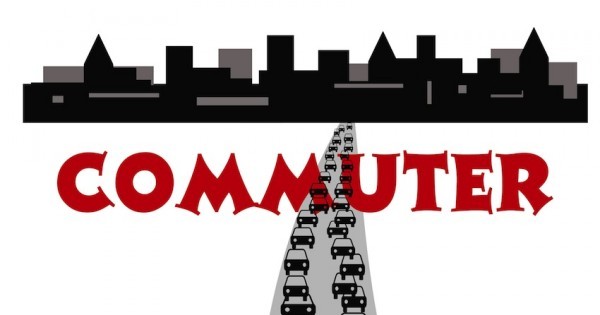 Geez, what's the deal with people these days when it comes to something as simple as driving on the road?

Is there a secret race going on that no one told me about? Is there a conspiracy to see who can get to the proverbial finish line of the daily commute?

I know what the real cause of rush-hour mania is, and it has nothing to do with reality.

It has to do with the fear-based mindset.

Whenever we feel threatened, whether real or imagined, our body acts as if there is a real threat occurring.

We go in fight or flight mode, and relief only happens once we reach our destination, whether it is to get to work or to get home.

The problem with this way of behaving when behind the wheel is that it is a vicious cycle that can lead to burn-out, stress related illnesses and even road-rage.

If you look at the daily commute objectively, you can see that it is a perpetual cycle that will go on forever until you make a change.

Every day it's the same thing. Hop into your car and deal with traffic jams all the way to work. It's the same experience when you get home. And Fridays are the absolute worst time to be in afternoon rush-hour traffic because most people believe there is an end to this madness; that is until Monday morning comes around.

I started my first job back in 1993 after dropping out of Community College. I just turned 19 and I was super excited to be done with school and instead earn money.

The time it took me to get from my house to my job was around 30 minutes one way.

Not too bad considering the average daily commute time in the U.S. is roughly 2 hours round trip.

So, my first day going to work I left my home with plenty of time to get there; at least I thought I did.

I was really nervous on my first day going to work, and I arrived right on time that day, which was 10am.

When I left work that same day, I noticed that it also took me a long time to get back home.

So, each day I felt more anxious about the daily commute to and from work because it was a really long trip for me.

Each day on my commute to and from work I drove faster and faster, and became stressed each time I drove.

After a few months of doing this I had had enough.

I just couldn't do this to myself each day. It was madness I tell you, madness!

So, I started coming up with ways to make my daily commute less stressful and more enjoyable regardless of what was happening around me.

Here is what I came up with.

This post is written by Justin Mazza from Mazzastick. Stop by his personal growth blog to read more ways to improve your life and get yourself a free copy of his Overcoming Fear eBook.