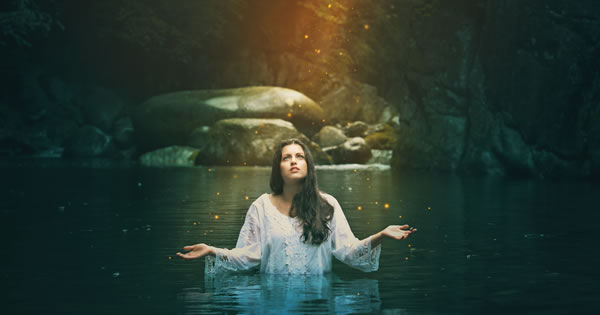 I’d like to tell you a story if you’re willing to read on, I think it can change your thinking and could change your life.

A bear is silently strolling around in the woods looking for food.

Out of the corner of her eye she spots a mountain lion, silently creeping toward her.   The bear slowly turns her head in the other direction and spots another mountain lion.   Her worst fears are being realized.   She is being ambushed, if there are two, there will be more.

She quickly turns her head and spots another two lions.   As her head turns she feels a hot searing pain in her back as one of the lions has pounced on her and dug his claws deep into her back.   The bear struggles but can’t find her roar to shout for help and to scare the lions away.   Another lion sinks his teeth into her leg. and the other two lions pounce on her back and front.

For a few moments the bear gives up and thinks she is good as dead.   Then a picture of her cubs jumps into her mind.   She sees the cubs looking for their mother, looking for food and at that moment she knows the cubs will die if she does not go   back to the large hole under the oak tree, where they are dwelling.   Another claw just misses her eye as she sees the lion about to bite into her neck.   The three cubs keep coming back into her mind and suddenly she rises…..she rises to shake off two of the lions and lets out an almighty roar…she shakes another lion from her leg and swats another as he pounces again, she looks at the lion face on and roars another massive, bellowing roar.   The lion stops in it’s tracks….another roar confirms his suspicion that this bear wants to live, and will do anything to survive.   He turns and walks away and the other lions join him.

The bear, limps slowly back to her cubs and cradles them in her fur as she feeds them.

The magic in you

The trick to life is finding your magic, finding the meaning that will drive you forward every single day of your life.   So many of us have given up.   I’ve heard countless stories of men and women who have retired after working for 45 years, only to die a few years after retirement, their fight had left them, they hadn’t found the magic inside of them.

Your goal in life should be to find the magic inside of you, find it quick and keep driving toward it every single day of your life, you truly are magical, you might not realise it but the magic is there.

When you have found the magic, there’s only one thing you need to do with it…………….