Taming the Hyperactive Puppy Inside Your Head

Have you ever blurted something out and said something you've later regretted, or felt overly sensitive when somebody has said something to you, or paranoid, emotional and feel as if are just not thinking straight? That is the power of the hyperactive puppy inside your head. 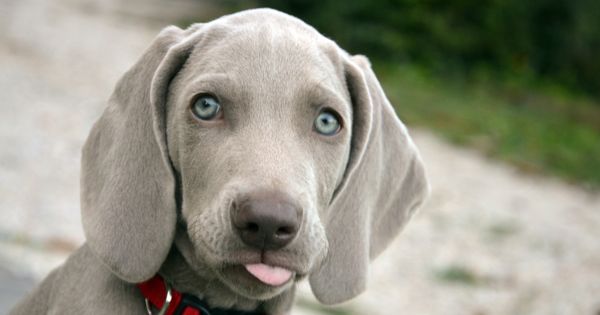 Our physical brain consists of lots of different parts, each dealing with different areas.   Some parts are dealing with language, some with memories, some with emotions, and some with logical reasoning, and lots more.   The areas I want to talk about here are the emotional brain, and the logical brain.

According to Paul McLean, in his Triune Theory, we have three different layers of brain, which have evolved over time:

The Reptilian Complex – Deals with physical survival and maintenance of the body and evolved over 500 million years ago.

The Limbic System: primarily deals with emotion and our interpretation of emotions.   This part of our brain evolved over 300 million years ago.

The Neocortex:   As the name suggests, is the newest part of the brain, and is involved with thinking, logic and reasoning.

I think this is an over simplified model of the brain, but it works well as a model to describe the 'hyperactive puppy' inside our mind.

Phew! That's the science bit out of the way, and remember this is a highly simplified model of the brain

The first part of the brain to receive and interpret information is the hyperactive puppy.   The currency in which it deals with is emotion, it bases everything on emotion: how

does it make me feel, should I run or fight, friend or enemy, good or bad, happy or sad, care or not give a shit, do I want to win,  it's all based on the emotions it feels at the time or from what is has learned over the years.   It also deals with motivation in everything you do.

Right now my two brains are fighting with each other: my hyperactive puppy brain is saying, have a coffee, grab a sandwich and you can finish this article later, there's loads of time I can't be bothered, whilst my logical mind is saying, if you finish this article first and reward yourself later you can rest for a bit before going on to the next piece of writing.   I'm happy to say, for now, the logical mind is winning this battle.

So the hyperactive puppy bases its decisions on the way it makes it feel.

Here's an example of what I mean:

We've all seen the X-Factor or something similar, when someone gets up to sing in front of the judges, and they are a nervous wreck.   the person literally shakes with fear, and the hyperactive puppy has taken over the mind throwing out negatives like: what if they laugh at me, what if my throat goes dry and I can't sing, what if I can't hit that high note, what if I get booed off stage, what if I start to sweat, what if I forget the words The hyperactive puppy has taken complete control over the brain and is running on pure emotions.

Now, if that sa

me person was to get up on stage and has learned to control or tame the hyperactive puppy inside of them, the logical mind can assume control and speak directly saying things like this a great opportunity to shine and show your talent, what's the worst that can happen, go for it and give it your all, you've practiced for months for this, you're a good singer.

The good side of the hyperactive puppy

The ideal scenario is to have both the hyperactive puppy and logical parts of the minds to work together to form a good relationship, and work hand in hand in order to live a balanced life.   This is what the whole brain is used for, or as Dr Steve Peters puts it, the computer, which he states is controlled by the parietal lobe of the brain.   The parietal

lobe receives input from both the logical mind and the hyperactive puppy mind, and attempts to balance the two to live in harmony, therefore giving us a balanced life and personality.

We've established that the hyperactive puppy mind is the first to deal with and interpret information, and therefore needs to be trained to be able to handle the information it receives without getting too emotional and dealing with everything based on its emotions.   We can do this in a number of ways, and by learning to recognise what the hyperactive puppy needs for it to be happy.

Recognise that the hyperactive puppy mind exists.   If we don't recognise this side of us, we won't be able to work with it.   In my old job as an addiction worker (feels good to say that now 🙂 ), working with people with alcohol issues, if someone didn't admit that they had an alcohol issue, they wouldn't be able to receive much help from me.   You first have to recognise that you deal with things in either an emotional way (hyperactive puppy way), logical way (logical mind) or a bit of both (whole brain way).

You are led by your emotions

You are you generally pessimistic

You typically ask 'What could go wrong'

You are prone to emotional outbursts

You judge people based purely on your feelings or intuition

You think in black and white, there is no in-between

You catastrophise a lot: This always happens to me, I never get a break, I am never lucky, nobody likes me

To be a part of a group

It's ego to be fed in some ways.

When you can give your hyperactive puppy these things, you will be able to tame it more, not control but tame it, and help it to live in harmony with the logical mind.

A sense of purpose

A need for order and control

When you have helped to give your hyperactive puppy mind what it needs, then work on what the logical mind needs.

Always monitor and keep the hyperactive puppy in check and try and balance your life so the two minds live in harmony.   This is an ongoing process for the rest of your life.

Now, obviously, the above is a very simplistic view of the brain and how we work as humans, but it serves as a good model for understanding ourselves a little better.

I first started writing this piece a few months ago and wanted it to be science based rather than theory based, or experimental.   I then scrapped it thinking it was too steeped in science and technical jargon, and abandoned it.   However, I thought I would come back to it and make it a little less jargon based and more appropriate to CYT.

I have since read and absorbed a lot of other theories on this subject and found that Paul McLean's Triune Brain and Dr Steve Peters 'The chimp paradox' quite a good model to work from, although not entirely a complete theory so much as, they are models.   (Incidentally, I only read Dr Steve Peters book a few weeks ago).

As always, it would be good to hear your thoughts on this.